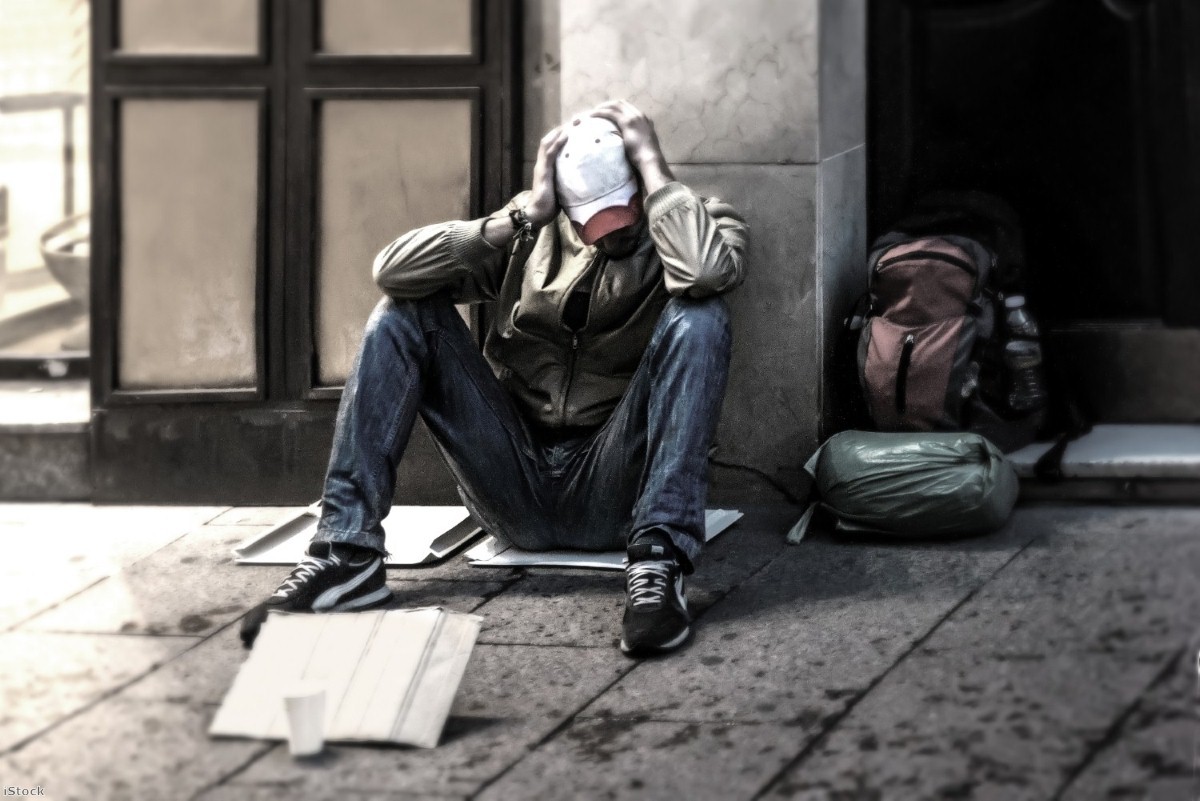 Last week, the chancellor pledged to invest £20m in schemes to support people on the brink of homelessness and end rough-sleeping by 2027. This is a welcome step towards resolving the UK's rapidly escalating homelessness crisis.

But as ever the government's compassion only extends to those holding a British passport. As the chancellor spoke, representatives of the Home Office were in the nearby Royal Courts of Justice, defending its policy of removing EEA nationals for sleeping rough.

It's no secret that Theresa May has been working to reduce net migration to the "tens of thousands", and make Britain a "really hostile environment for illegal migration". One way of achieving this is to make it harder for migrants to keep a roof over their heads.

During her tenure as home secretary, the government cut housing benefits to EEA nationals. This also made it even more difficult for them to access support from homelessness charities, forcing many to sleep on the streets. Since 2010/11, the number of people sleeping rough in London from central and eastern Europe has risen by about 79%, compared with a 56% increase among those born in the UK.

As a means to the same end, the Home Office has deliberately broadened the net of who qualifies as an "illegal migrant". In May 2016, it updated its guidance to claim that rough sleeping constitutes an 'abuse' or 'misuse' of freedom of movement rights. This enables the Home Office to criminalise homeless EEA nationals – detaining and forcing them to leave the UK, regardless of whether they are holding down a job or have permanent residency.

Despite pressure from campaigners, the government has declined to release up-to-date figures on these removals. Last week, my Green party colleague Caroline Lucas was informed by the immigration minister that this information "could only be supplied at disproportionate cost". Given the Home Office's obsession with hoovering up and sharing data, it beggars belief that it doesn't have these figures to hand.

In the absence of this official data, charities estimate that the Home Office has detained and removed hundreds – if not thousands – of homeless EEA nationals from the UK.

There's no question that these actions are legally precarious. No other country in Europe is known to consider rough sleeping to be an 'abuse' or 'misuse' of freedom of movement rights, or to have removed EEA nationals on these grounds. Meanwhile, the European Commission is crystal clear – it's illegal to use homelessness as an excuse to remove an EU citizen.

These removals are yet another indication that the Home Office operates within a moral vacuum. Nobody sleeps on the street unless their other options are exhausted. Being homeless is not a crime. There are a myriad of reasons why EEA nationals may find themselves in this position – from their seasonal labour and accommodation coming to an end, to escaping trafficking and forced labour, or just being unable to find affordable accommodation.

Charities warn that many of the individuals detained or removed were desperately trying to get back on their feet. Some were job-hunting, working towards qualifications, or attempting to find accommodation. Rather than examining their individual circumstances – as the law requires – the government has unquestioningly pulled the rug out from beneath them.

I want to send a clear message to the Home Office that taking such a harsh, systematic approach to homelessness will have devastating results. Rough sleepers who fear immigration enforcement will be forced underground. They will take unnecessary risks and become more vulnerable to exploitation. This winter, some will freeze to death in the darkest corners of our towns and cities.

However, this issue also raises alarm bells over the health of our democratic system. Should the government really be able to alter what constitutes "illegality" at whim, without proper parliamentary scrutiny? If so, we should all be concerned about the potential abuse of its newfound powers after the UK has left the European Union.

That's why I am supporting the judicial review into this policy, led by the Public Interest Law Centre and North East London Migrant Action. I am also backing campaigns at EU-level by groups including FEANTSA (the European Federation of National Organisations Working with the Homeless), Liberty, Migrants' Rights Network and Praxis.

Last week I met with representatives from a number of these groups in Brussels, to discuss how we can challenge this abuse. The government must be held to account now: the rights of vulnerable people must be protected.