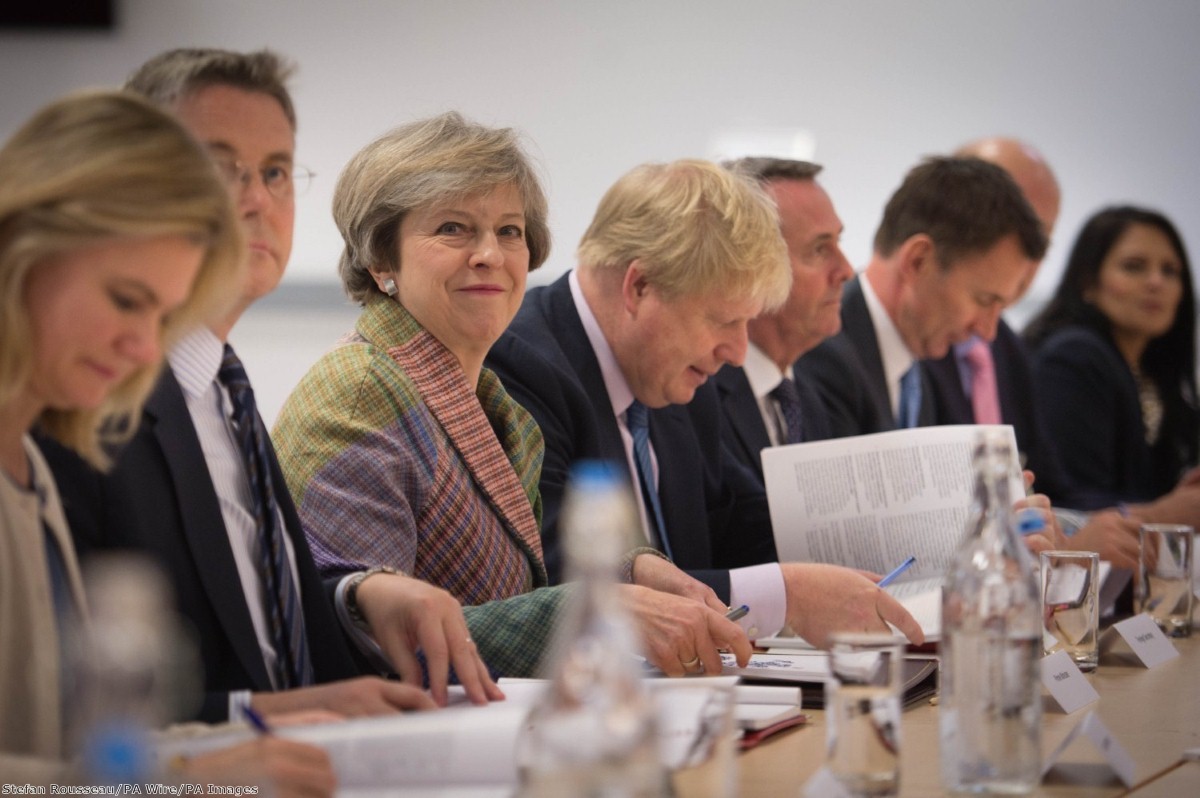 Week in review: The Tories need to take their heads out of the sand

If there's one thing the Conservatives have done consistently since 2010, it's ignore warnings.

Cast your mind back to the coalition government's disastrous NHS reforms. The 2012 Health and Social Care Act saw major changes to the way the health service is organised but the plans sparked fierce criticism from the start. Skip forward to 2015 and a scathing report by the Kings Fund think tank found that the changes had been "disastrous" and that it seemed likely that they had contributed to "widespread financial distress and failure to hit key targets for patient care".

A statement from the time by the chairman of the British Medical Association, Mark Porter,  painted a picture of a government intent on pushing through its plans regardless of the consequences.

"Rather than listening to the concerns of patients, the public and frontline staff who vigorously opposed the top-down reorganisation, politicians shamefully chose to stick their head in the sand and plough on regardless."

This act of sticking their heads in the sand was to become a bit of a habit for the Conservatives. Take a look at any major government reforms over the last seven years and almost all have been an unmitigated disaster.

Take Chris Grayling's probation reforms which included far greater privatisation of the service. Once again, experts (those who actually work in the area) voiced concerns about the pace and scale of the changes. Once again, the warnings were ignored. Lo and behold a few years on, and the impact is just as bad as many predicted.

Then there's Iain Duncan Smith’s welfare reforms. From the bedroom tax, to the welfare cap, to fit-for-work tests, charities repeatedly warned that vulnerable people would be harmed by the changes. Nevertheless, the government ploughed on. In 2013, Duncan Smith claimed that his most ambitious reform – the introduction of Universal Credit – would be "essentially" complete by 2017. Today, that is far from being the case. The programme has been plagued by delays and the work and pensions select committee has launched an inquiry into the problems being reported by those who are already receiving it.

And now we have Brexit. The biggest, most challenging issue to face the country for decades. The government has carried out analysis on the impact of leaving the EU on more than 50 sectors, but despite being pushed by the MEP Molly Scott Cato to publish the findings of these studies, it has refused to do so. It wouldn't be a stretch to presume that's because the documents will reveal just how much of a disaster a hard Brexit will be. We've reached a stage where the government doesn't just ignore warnings, it actively hides them from the public.

Theresa May stood up in Florence today and tried her best to convince the world that she is in control and has her cabinet's backing. But most of all, she wanted to show that she knows what she's doing. None of the evidence so far suggests that she does. Instead, we have a prime minister who is isolated, out of her depth and like so many of her colleagues before, has buried her head in the sand and is ploughing on regardless of all the warning signs.