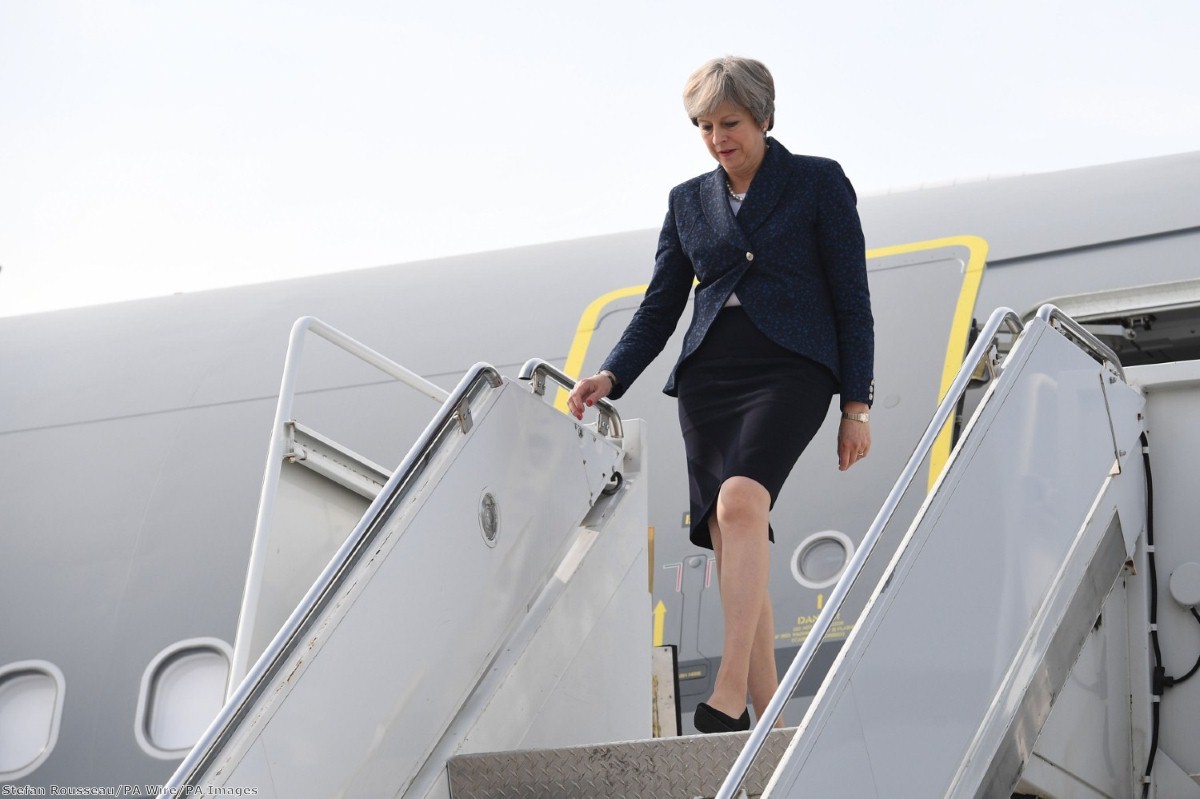 I am immensely proud to be the Member of the European Parliament for the South West and Gibraltar. We have some of the most beautiful scenery and coastline in Europe, with world renowned food too. We're home to some of the best universities on the planet as well as playing host to top engineering firms like Airbus, Rolls-Royce and Honda. So I hope you'll stretch your imagination when I compare the South West to Italy, which demonstrates these same qualities.

The differences, on the other hand, could start to emerge after March 2019, when Fiat may be able to trade without barriers but Honda (based in Swindon) may not, or when food producers in Portugal start making Cornish pasties – no longer a protected product under European law – but not Parmesan.

Many people have drawn attention to the various historical analogies that can be drawn from Theresa May's choice of location for her speech, be it the Medicis, Machiavelli, or the demise of Savonarola, all of which are entwined into Florentine history. The late 20th Century history was more renowned for government instability, endless numbers of elections and various scandals hounding politicians.

But even in this past week alone, Britain has put this all to shame with the foreign secretary having a public argument with his own government's statistics agency, and the Brexit secretary losing members of staff left, right and centre. We're governed by an interim prime minister whose Cabinet is more interested in their own egos than facing up to the biggest challenge to face our country since 1945, and have threatened the EU with ending our cooperation on security and intelligence issues as well as returning nuclear waste.

Theresa May even stood on the steps of 10 Downing Street to accuse Brussels of interfering in a general election, the results of which she pretends didn’t happen. But no matter how often she tries to ignore it, it did. And she was stripped of her majority and her authority.

However, what concerns me more than this is the 'either/or' falsehood being peddled when it comes to the idea of 'global Britain'. This slogan seems to have been thought up so Liam Fox can jet around the world rather than coming to the conclusion the rest of us have that he is totally redundant. Even in the little we know of Theresa May’s Brexit, new trade deals – like those with Canada and Japan – will be cut and paste versions of existing ones done through the EU.

This highlights a vital point which is all too frequently ignored, buried or overlooked: we are already a global trading nation because of our membership of the single market – not in spite of it. To give just one example, Japanese car manufacturers built their factories in the UK because of the ability to trade freely with Europe, and that is now all at risk because of potential tariff and non-tariff barriers. Any new barriers, particularly customs ones, damage the 'just-in-time' model our auto manufacturers, and many other industries, rely on.

Over a year of post-referendum government inaction and six months of muddle since the Article 50 notification has made our country look unwelcome to the rest of Europe and the world. The number of nurses and midwives coming to the UK are down. Investment in our automotive sector is halved and we're no closer to stopping barbed wire and border posts appearing across Ireland. These are big enough examples of problems before you consider the total incompetence stemming from government.

Take customs, for example. If we leave the EU, single market and customs union in March 2019, we will need whole new systems in place. Five thousand new staff at our borders, new agencies for customs and immigration, new IT systems (and all the government procurement problems that entails) as well as the road capacity to deal with parked lorries on the way to Dover and the Channel Tunnel. But so far there has been not a squeak on this from the government, let alone a sign they are going to put a plan in place. Instead they are too busy manoeuvring over who will take on the poisoned chalice after May is removed from office.

The referendum offered the public a binary choice on our membership of the European Union. But since 24th June 2016, the government has been negotiating with itself over what the result means. They could have been working tirelessly to ensure jobs, livelihoods and the economy were protected by cooperating with our European friends and neighbours, not trying to blame them for our difficulty, and maintaining the fiction that this would all be so easy.

In his 10-point plan for a successful Brexit, Boris Johnson simply states: "This country will succeed in our new national enterprise, and will succeed mightily." I doubt Florentine merchants would have fallen for this sophistry during its golden age, it certainly won't deliver for our country and its citizens in the 21st century.

Clare Moody is the Labour MEP for South West & Gibraltar. You can follow her on Twitter here.