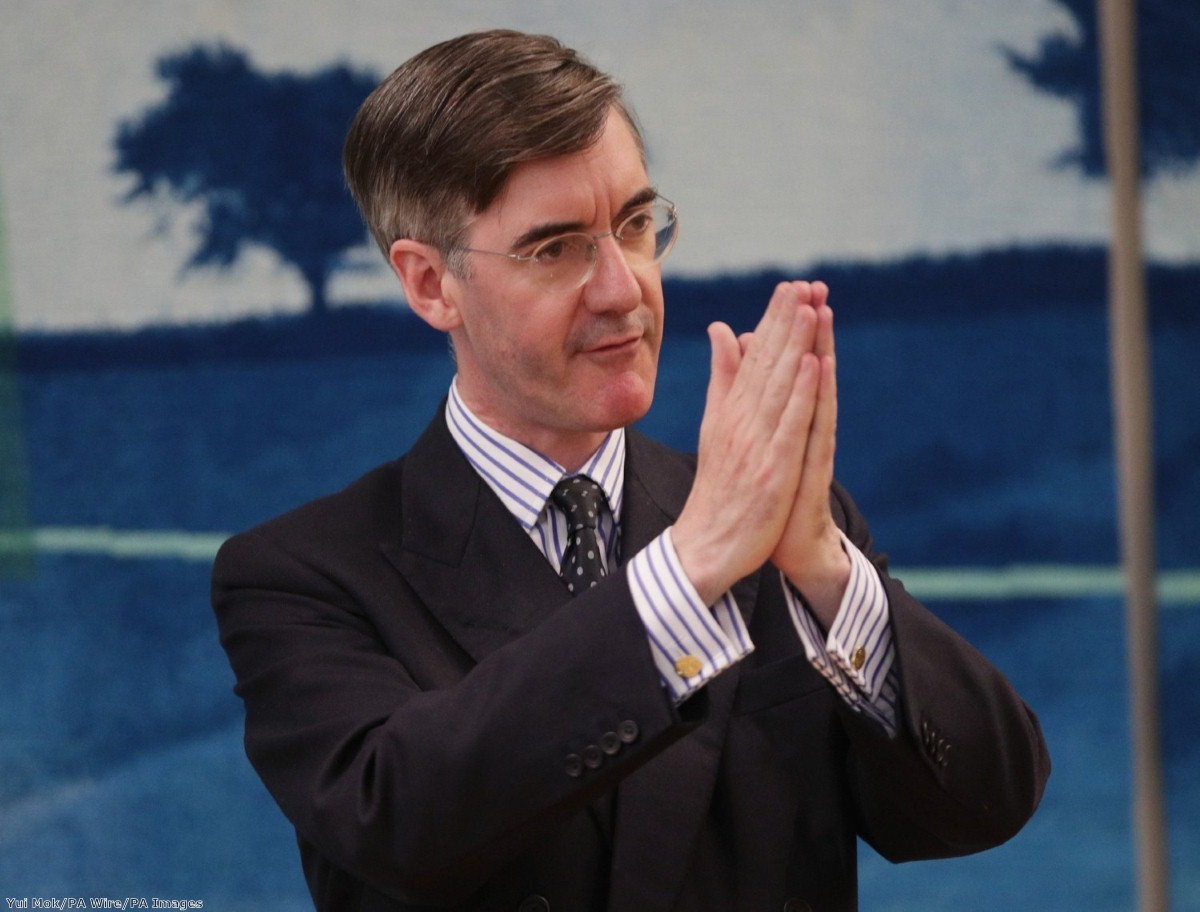 Week in review: The likes of Jacob Rees-Mogg pick and choose their religious beliefs to suit them

Depending on who you listened to this week, Jacob Rees-Mogg is either a principled man who is being hounded by the intolerant left or he's a narrow-minded bigot.

When asked about his views on same-sex marriage and abortion, Rees-Mogg said that he supported the teaching of the Catholic church on marriage and that he was "completely opposed" to abortion, even if a woman had been raped.

While debate has raged for the rest of the week about whether his views rule him out as a possible future leader of the party or, indeed, the country, much less has been said about just how hypocritical his beliefs are.

If a politician is known to have a strong faith, it seems to be the done thing now to ask them about their views on abortion and same-sex marriage. But they are rarely asked about other religious teachings, like that on the treatment of the poor.

It's a subject the Catholic church has a lot to say about. In 2013, Pope Francis said:

"Among our tasks as witnesses to the love of Christ is that of giving a voice to the cry of the poor."

Perhaps Conservative supporting UK Catholics interpret this as meaning people in third-world countries, those starving or fleeing from war. After all, the UK doesn't have real poverty, does it?

Only it does. And the Catholic church has not shied away from discussing it. Just take this comment from the Archbishop of Westminster Cardinal Vincent Nichols:

"The administration of social assistance, I am told, has become more and more punitive. So if applicants don't get it right, then they have to wait. And they have to wait for ten days, for two weeks, with nothing – with nothing. And that's why the role of food banks has become so crucial for so many people in Britain today. And for a country of our affluence, that quite frankly is a disgrace."

Or this statement from the official social action agency of the Catholic Church in England and Wales (CSAN):

"Child benefit exists to provide for the basic needs of children; imposing limitations on the basis of family size will inevitably deprive children from larger families of essential support. It is important for the focus to remain on supporting children’s health, nutrition and other fundamental requirements, rather than setting arbitrary limits which will not only penalise people for having children, but also disproportionately impact upon parents of larger families who have fallen into difficult financial circumstances."

In fact, a quick search of the Catholic Church in England and Wales website reveals numerous references to UK poverty, welfare reforms and other political issues.

So, presumably Rees-Mogg follows these teachings as well as those on same-sex marriage and abortion.

Except we know he doesn't.

The Conservative MP has voted in favour of the bedroom tax no less than 16 times. This is a policy which has been shown to drive people into hunger and debt. He has consistently voted against paying higher benefits over longer periods to those unable to work due to illness or disability, and has voted 52 times to reduce welfare benefits. The list goes on.

It is curious then that Rees-Mogg can't find it in himself to question his church's position on same-sex marriage and abortion but seems to have no trouble rejecting its messages and teachings about the poor.

Rees-Mogg is not a principled man, he is a man who picks and chooses his religious beliefs to suit him.