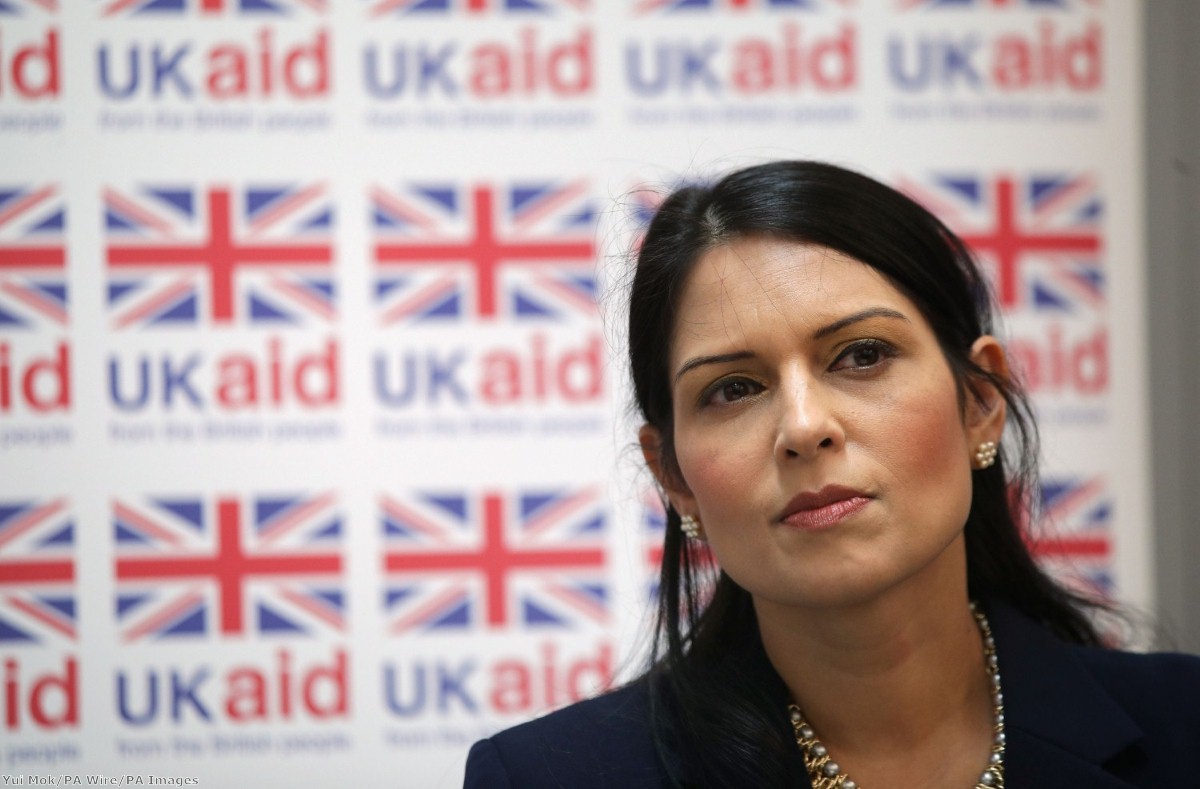 We need to talk about the UK’s aid budget

Barely a week goes by without the UK’s aid spending finding itself at the centre of a controversial story splashed across the pages of the right-wing press. The Daily Mail leads the pack, commonly referring to the UK’s aid spending 'madness' and running sensational stories of taxpayers' money being 'squandered overseas'. Meanwhile the Express talks of the aid 'scandal' and regularly demands the money be spent in the UK instead.

This zealous anti-aid rhetoric is one side of a heavily polarised and heated public debate on international aid. While these media outlets, backed up by Ukip politicians, call for an end to the aid programme altogether, on the other side, development charities and mainstream politicians churn out messages celebrating the supposed marvels aid can achieve, and passionately defend the commitment to spend 0.7% of gross national income on aid.

It is the absence of any serious critical dialogue on aid that has allowed the public debate to become dumbed down to such simple terms where you are either for it or against it.

The truth is far more complex. While we do need to defend the principle of aid, we also can’t pretend that it is beyond criticism. There are massive problems with UK aid spending, with money being invested in luxury shopping malls in Kenya, for example, or profit-making private consultants securing lucrative multi-million pound contracts to implement projects of questionable benefit to poverty reduction. Such stories understandably leave a bitter taste at a time when the austerity agenda has severely strained the UK’s own public services.

But the answer is not for the UK to turn its back on the world and end its aid programme. Instead it needs to be overhauled so that it not only meets its primary purpose of alleviating poverty, but also goes further and strives to reduce inequality. This can only happen once aid spending is re-focused on principles of social justice and the need to redistribute economic and political power in the world. This is the premise of our new report: Re-imagining UK aid: What a progressive strategy could look like.

The current aid programme is too focused on promoting ‘free market’ models of development. As a result, it focuses on privatisation strategies and looks to big business to provide solutions to all the world’s problems. At the same time, aid spending is increasingly justified in terms of the UK’s national interest in areas such as security and trade. We hear all too often from international development secretary Priti Patel how aid should play a key part in securing trading partners and opening new African markets for British businesses.

This is the wrong approach. Spending aid this way might be good for businesses’ profit margins but it ignores years of lived experience and evidence about what the best economic strategy for a developing economy is. Most industrial countries developed through active state intervention rather than free trade. It also fails to address the fact that development must be about rights, equality and empowerment if it is to have any meaningful chance of achieving long-term structural change.

We urgently need a new strategy for our aid spending, and that must start with re-conceptualising aid. We need to start seeing it as a form of global wealth redistribution that can help tackle the root causes of inequality and challenge the vulnerability and precariousness of people’s lives.

Of course, aid cannot solve all the world’s problems or rectify historical injustices. But it can play an important role. It can, for example, help strengthen democratic public services around the world, or promote alternative economic models that deliver for the majority of people. The focus cannot be purely on short-term results that can be measured by accountants, but instead on achieving structural change which builds democracy from the bottom up and gives people power over their lives.

As our report finds, this is not a utopian dream. There are already numerous aid-funded programmes across the world that can be learnt from.

In water provision, for example, lessons can be learnt from successful public-public partnership schemes that have increased water supplies in developing countries. Other lessons can be drawn from the DFID-backed programme in Nepal that funded civil society groups and local government programmes to bring about more inclusive political processes. There are many more projects from across the globe that we can look to in order to see the potential aid has to make a meaningful difference to people’s lives and challenge the structures that keep them impoverished and disempowered in the first place.

But as long as our government is intent on spending aid to expand business opportunities, and ramps up efforts to do so as part of the UK re-establishing its position in the world following Brexit, then the bad news aid stories will continue to make headlines.

If we fail to transform our aid spending it will become an ever more despised segment of the government’s budget, rather than something to be proud of. Anyone who thinks aid can play a positive role in social change needs to urgently get involved in rethinking what it looks like.