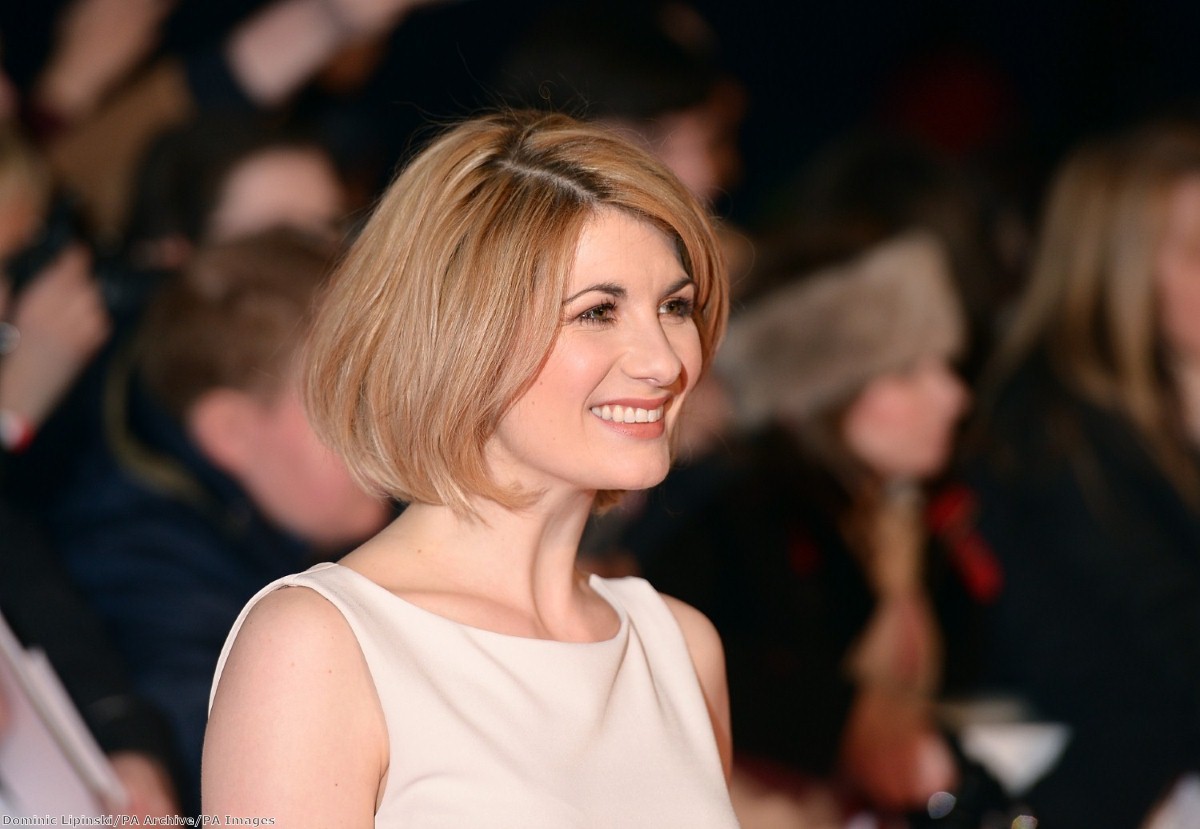 If my echo chamber is anything to go by, the casting of Jodie Whittaker is a cause of widespread celebration, delight, and glee. I spent Sunday afternoon on a train from Euston to Liverpool, slipping in and out of wifi coverage, frantically checking the tennis and hoping that Roger Federer would do me the courtesy of making the match last long enough for me to arrive, but not a deuce further.

Fortunately, Roger Federer is an obliging sort, and I landed just in time to watch the reveal with good friends. We punched the air and immediately turned to the Internet to confirm the universal nature of our happiness.

What I wasn't quite ready for was to hear the depth of the anger that some of these people were expressing. Everything's gone too far. It's political correctness gone mad. Before you know it the TARDIS will be full of bras.

It's easy to laugh, although that would be unkind. I'm more than ready to believe that many people who are unhappy about this are great blokes who are nice to their mums and just want things to be the same that they've always been. But the simmering rage and distaste for the female body bubbling beneath much of what I've seen over the past couple of days reminds me that outside of my echo chamber there are some people for whom women are a source of fear, anger, and hatred.

Which makes the casting of a woman Doctor all the more important. Beyond issues of representation, visibility, equality, parity, this is a clear statement that the world has changed, and that there are many of us who are not prepared to have it change back. And will the Doctor be different? Having written for many of them now, I'd say that some things do stay the same: the Doctor is curious, inventive, generous, fired to act at the sight of injustice, and always, always, open to the possibility of change.

I don't want anyone to be upset by all this. I'd love everybody to be as thrilled as I am that after fifty years the lead of one of Britain's flagship television shows is finally being played by a woman. I hope everyone has a lovely Christmas watching it all happen, and that the season of goodwill inspires the gentlemen whom I heard on the radio yesterday to be merry and undismayed about this change.

Perhaps the best response to the casting I have heard was from the mother of a friend. "Oh," she said. "Hasn't there been a woman Doctor already?" This is where we want to be in the future, surely – not elated because for once a woman has been chosen to do a job for which she is manifestly supremely qualified, but because we simply take this for granted. In the meantime, one woman in fifty years isn't political correctness gone mad, or going too far. It's barely even starting.

Dr Una McCormack is a New York Times bestselling author of Star Trek and Doctor Who novels and a lecturer in creative writing at Anglia Ruskin University. In 2017, she is a judge for the Arthur C. Clarke award, given yearly to the best science fiction novel published in the UK.