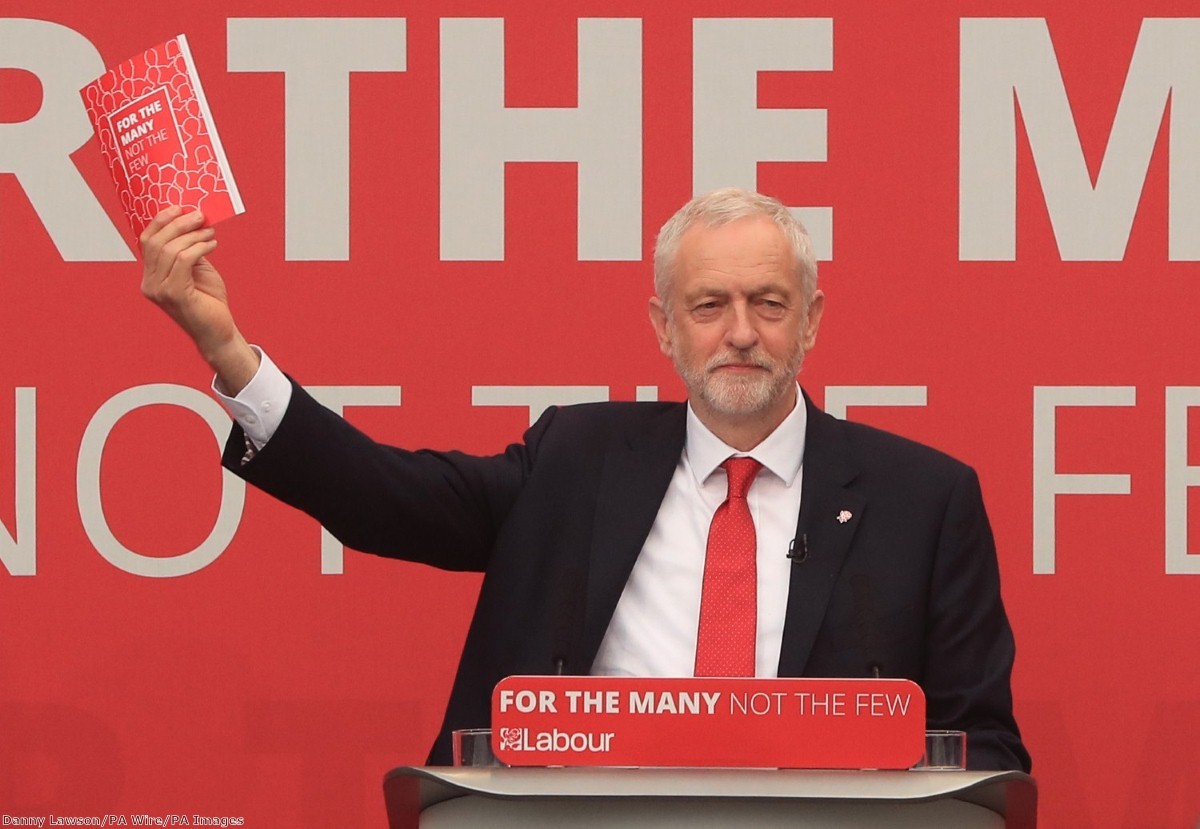 With Theresa May's social care implosion demolishing her lead in a seemingly nailed-on election, attention is turning not to how large her landslide will be – ahem – but what kind of victory, if any, she can escape with.

There are three main drivers of Labour's surge:

• Labour supporters who switched to the Tories early in the campaign, were scared off by the dementia tax and the possible return of fox hunting, and have come back to the fold
• Supporters of smaller parties – the Lib Dems, the Greens and to a lesser extent Ukip – switching to Labour
• Young voters

It's young voters who have grabbed the most attention, and not without reason. More than a million 18-24 year olds registered to vote after the election was called, with 250,000 registering on the final day before the deadline.

These 18-24 year olds are historically non-voters – just 43% are thought to have voted two years ago, compared to 78% of over-65s – meaning that parties have increasingly ignored them.

But Jeremy Corbyn's manifesto was tailored heavily towards the young, headlined with a pledge to abolish university tuition fees, and polls are showing overwhelming leads for Labour among this age group. The next age group up – 25-34 year olds – is also leaning red.

The polling firms now showing the biggest Tory leads are betting that these voters don't turn out on the day; the firms showing the tightest leads are convinced that they will. The difference between these two outcomes could be a hundred seats or more.

But what also matters is which young people turn out. If Corbyn's young support is concentrated among ethnic minorities and the university educated, that will only help him in certain marginals – most seats with lots of ethnic minorities, university students or metropolitan young professionals are already safely Labour.

A tale of three seats

First, Ealing Central and Acton. This West London seat was gained by Labour in 2015 by a tiny 274-vote majority. It's Labour's second most marginal seat in the country.
Using the UK Polling Report website, we can see the demographics of this seat according to the most recent census in 2011:

White British people are just 39% of the constituency – or they were at the time of the last census. Around 30% of the population are non-white ethnic minorities – traditionally strong ground for Labour.

And check out that young vote – more than 40% of adults are aged 16-34. By contrast, less than a quarter of the adult population is over 55.

Students, young people, ethnic minorities. Despite the tiny Labour majority, they have a decent chance of holding on – in fact, the Tories are rumoured to be pessimistic about their chances of winning it back.

Things are rather different in Walsall North, number 22 on the Tory target list.

Around 32% of local adults are aged 16-34 – not far short of the third who are over 55. But they are less likely to be studying than their counterparts in Ealing, and far likelier to be white.

If Corbyn's appeal to young voters is mostly restricted to ethnic minorities and university students/graduates, that won't take him very far in Walsall North – especially with 8,000 Ukip voters from 2015 likely to lean towards the Tories. A Corbyn surge limited to university cities would be of little use here. Labour needs its young support to be across all under-35 demographics.

A purple shade of grey

And then there's Bishop Auckland, held by Labour since 1935. Helen Goodman's Durham seat is number 46 on the Tory target list – if they won all their targets up to here, they'd be reaching a 100 seat majority. Labour came 3,508 votes clear of the Tories – roughly nine per cent.

The demographics here are very different to Ealing:

Nearly a fifth of adults are retired. Fully 98% of the population is white British. Around 40% of adults are over 55. Ukip claimed 7,000 votes here last time out, well above the size of the Labour majority – and this time they aren't standing.

So how does this play out across marginals? First, here are the main Tory-held Labour targets, from wafer-thin Derby North to Warrington South, with a 4.6% Tory majority.

In these tables, 'Prog All' – for 'progressive alliance' – shows whether the 2015 Ukip vote is outweighed by smaller left-wing parties. The next columns along show the percentage of the population that was white British in 2011; whether under-35s or over-55s are a bigger share of the adult population; and the share of the over-16 population that were in full-time education at the time of the census.

Most of these seats are very white, but nearly half have more younger people than old – although this includes 16 and 17 year olds who wouldn't be able to vote. The trouble in many of these seats is if Ukip voters back May. If Labour can really turn out university students and young ethnic minorities, it can take a couple of these seats – but to take any others it would need a high youth turnout across the board, or to significantly increase its support among Kippers.

Next come the tighter Labour-held marginals. There's another column here, 'Ukip diff' shows whether the 2015 Ukip vote was larger than Labour's majority over the Tories:

This list takes us from City of Chester's wafer-thin majority down to Labour's 6.8% lead in Clwyd South. Around a third of these seats have more under-35s than over-55s, and plenty have large ethnic minority populations, especially in London. Even where these factors don't apply, a large student population offers Labour a chance in seats such as Lancaster and Fleetwood.

Ukip switching to the Tories again presents a threat to the party however, with the party standing aside in many seats – high youth turnout is crucial, combined with Labour taking Ukip votes.

The final list features Labour seats with a majority over the Tories from seven to fourteen per cent. These ought to be safer for Corbyn's party, but if Theresa May wins the grey vote by a landslide, her demographic batallion breaks through.

Big Ukip votes, old white populations, few students. In around three-quarters of these seats, younger voters are outnumbered by the old. Most are at least 80% white. Corbyn's popularity among the under-35s is of little use here – even if Labour got a significant young vote in most of these seats, with Corbynmania in full flow, it still wouldn't come close to outweighing older voters. Labour simply runs out of metropolitan city seats.

Until the dementia tax fiasco, this list was Labour's soft underbelly. Ukip's vote is now showing signs of slipping towards Labour, having been leaning solidly Conservative throughout this campaign. But if the Tory lead ends up at the upper end of current polling and they hoover up the grey vote, they could take a swathe of seats on this list while struggling in some of the tighter metropolitan marginals.

However, if the Tories' Ukip support drains away in northern England and the Midlands, May could rapidly find herself in serious trouble.

Obviously not all old, white people will vote Conservative – and even if most do nationally, as seems likely, that doesn't mean the same will hold in existing Labour seats.

But if they do, the Tories still have a longer term problem. Working-class elderly voters who backed Brexit will – to put it unsentimentally – begin to die off over the next decade. Yes, Britain's population will continue to age – but the services and benefits most used by the elderly are the ones that facing potentially terminal challenges under Conservative economic models.

Middle aged voters are more closely split between Tory and Labour. There's no reason to believe they'll swing heavily Conservative once they reach pension age. With university education now a key predictor of Labour support, the new middle aged cohorts will consist of graduates of expanded higher education from the early 90s onwards – generally a predictor of more liberal or left wing views.

Then there's immigrants. If EU nationals take British citizenship in their droves in the run-up to Brexit, they will be eligible to vote in future elections – and it's hard to imagine many of them flocking to the Tories.

The home ownership and higher incomes that shifted the baby boomers rightwards as they got older look increasingly out of reach for millennials. If younger voters start to see themselves as Labour voters – if this becomes part of their identity – this may override their generational shift in attitudes against generous welfare systems, which some long-view right-wing strategists have been counting on.

What is the future for a party of the old? What does tomorrow hold when today's hegemons become yesterday's men?