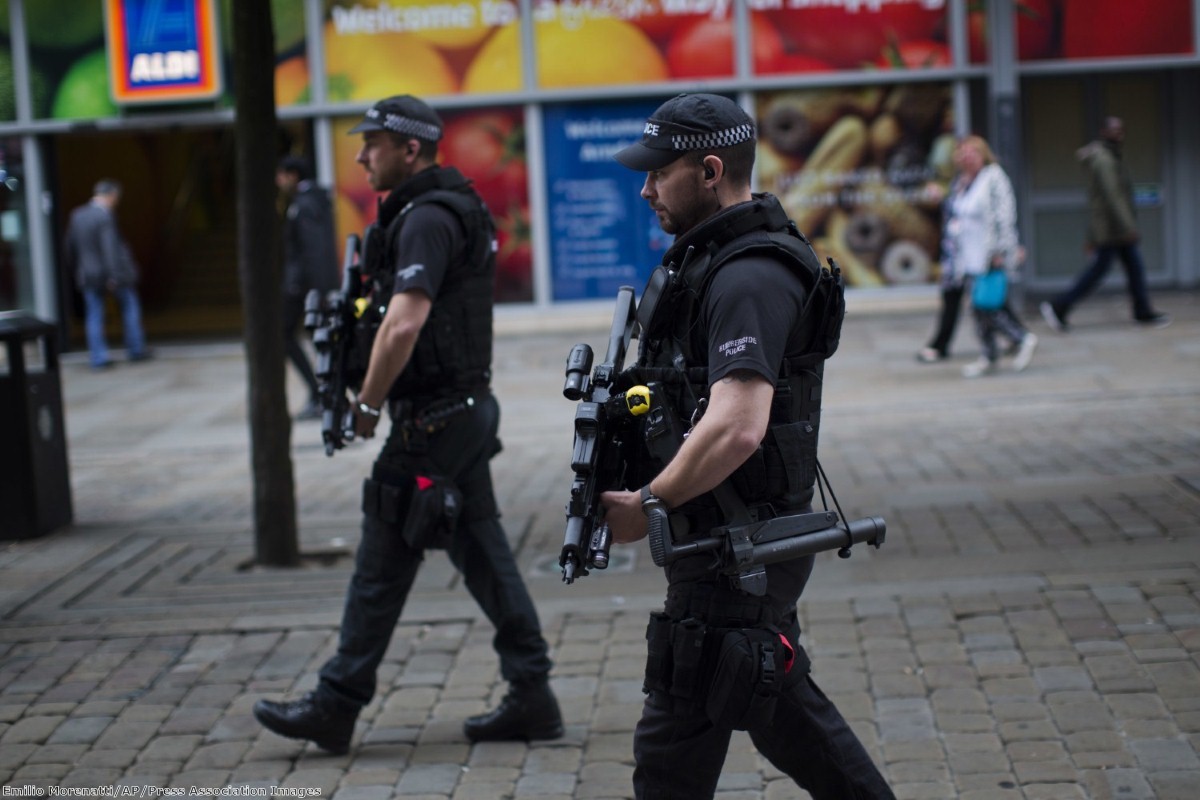 No conspiracy: The reality behind Britain’s ‘critical’ threat level

One of the most remarkable elements in the last 16 years of the global war on terror is that England never declared a state of emergency. Despite a credible threat looming over the country following 9/11 and the devastating attack on 7/7, the United Kingdom never felt emergency powers – or derogation from the ECHR – were a necessary response to counter terrorism.

Every country has a system to assess a threat to the public safety, usually linked to terrorism. The UK is no different. It only uses two parallel threat levels, the second one being specific to Northern Ireland, and threat to the mainland coming from groups there.

Declaring a change in the threat level is a decision by the prime minister, after a briefing by police and intelligence services to assess the situation. While undoubtedly frightening to the population, a threat level assessment is a critical tool of counter-terrorism. It allows for both prevention of a potential or imminent attack and the response to one that just occurred. Each threat level mobilises certain resources in terms of surveillance, border controls, intelligence analysis, and security of certain areas and interested persons.

A "critical" level, the highest possible in the current system, is rarely in place for more than four or five consecutive days. What we do not know is how "imminent" the threat effectively is. This information is not made public for operational reasons.

Operation Temperer was inadvertently publicised in July 2015. The plan was devised earlier that year, following the attack on Charlie Hebdo in France, and provides for the deployment of military troops on domestic soil, up to 5,100. Today, home secretary Amber Rudd announced 3,800 troops to assist law enforcement.

For British citizens, this is a novelty. For the older ones among us, several decisions might recall the most difficult moments of the conflict in Northern Ireland. In comparison with France, with a similar terrorism prevention scheme, dubbed Opération Sentinelle, this is nothing new. Military deployment has been part of the immediate terror response since 1984, and Sentinelle has been made permanent since January 2015. The special troops patrol airports, train stations, arenas,and tourist spots. For many, visible security is the security they need. A review of counter-terrorism policies has shown that efficiency was extremely limited, be it in deterrence or response.

Of course, any act of violence triggers a political response. The suspension of the electoral campaign is not an act of unilateral silencing of the opposition, or a deliberate wish to stop voters from expressing themselves. It is a gesture of respect, and allows for full mobilisation of political forces. Cobra meetings – the national security group comprised of intelligence, law enforcement, and defence briefing the prime minister – are and will be frequent until the investigation reveals as much as possible. We do not know, at this stage, if the attacker was supported by a network, or if other locations and events were targeted. It is way too early to draw any conclusion, there is not enough available information to go beyond speculation.

It is comforting to know that the UK has had extremely reliable responses to terror attacks, that it has benefited from well-oiled, functioning cooperation among its security agencies, and that its intelligence powers have not necessarily needed increase to be able to thwart plots. Using the threat level system in response to the largest attack on UK soil since 7/7 is not a state of emergency. It does not impose a suspension of anyone's daily activities. It means the situation is monitored in a close way.

Less than 48 hours after the horrific attack on Manchester, this is an appropriate and useful response. What we must expect now is scrutiny of the prime minister’s decisions not to turn counter terrorism and terror prevention into prevalent and permanent human rights abuses, or a theatre of security the way France has known it after the attacks on November 2015.

Sarah Kay is an international human rights lawyer specialised in counter-terrorism and armed conflict. She currently works on evaluation and assessment of EU counter terrorism policies.