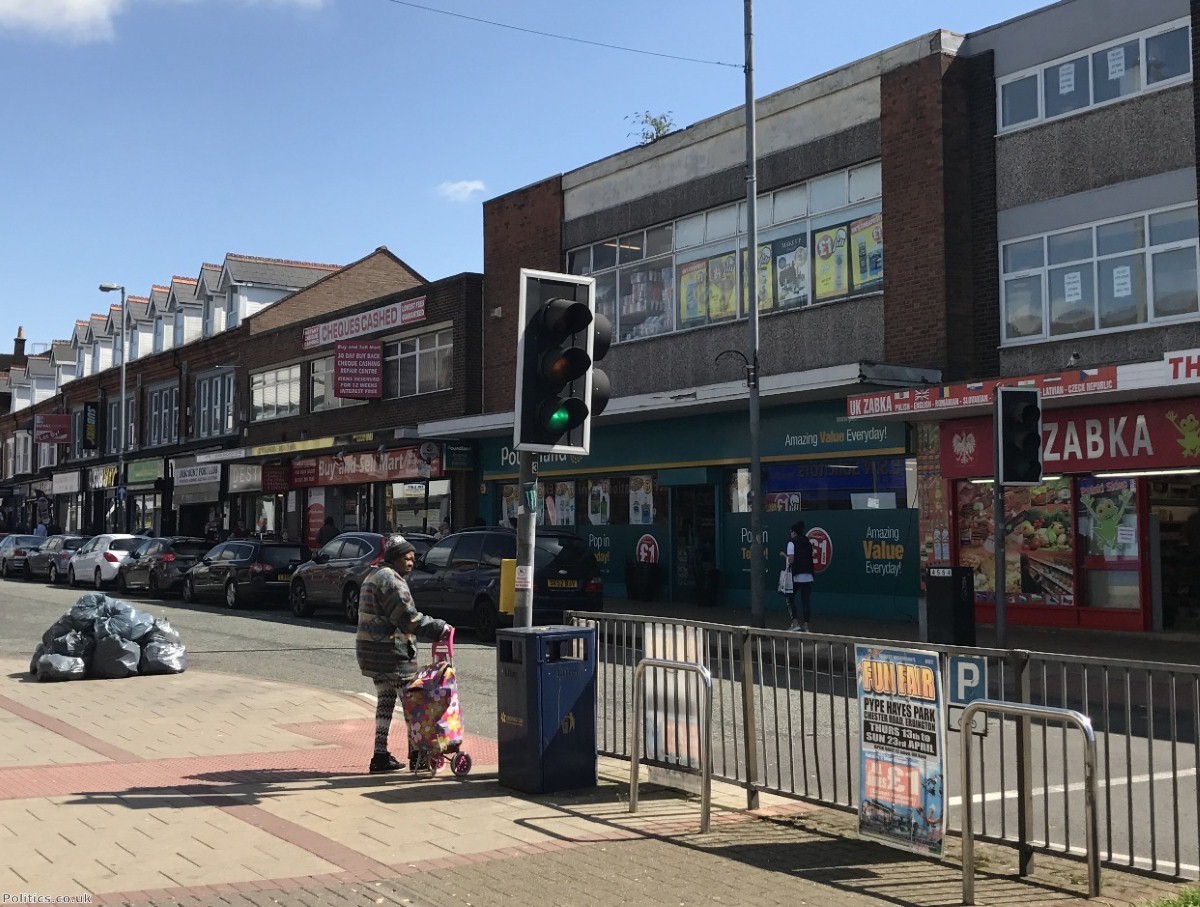 Erdington should be a safe Labour seat, but safe Labour seats don't exist anymore. The constituency, just a few miles north of Birmingham city centre, has been Labour for as long as anyone can remember. But the party's majority is fairly thin, at just over 5,000.

A small cafe on the high street provides a good example of the way the election seems to be drifting away from the opposition. Inside, the owner is chatting to two women over coffee. When I ask about their thoughts on the election the first thing they discuss is poverty in the area.

"In just a year, I've gone from never seeing a homeless person around here, to seeing them sat outside the shops every day," one of the women says.

The owner of the cafe helps out at the local food bank and says that they are seeing more and more people turning to them for help.

"This isn't people who are out of work," he says. "It's people who work but are on really low incomes."

When I ask how they are planning to vote, I fully expect them to say Labour. After all, the rise in food banks and rough sleeping has happened under a Conservative government. I'm wrong. They all say they will be voting Tory.

Of the three, one usually votes Labour, one doesn't usually vote at all and one is a lifelong Conservative voter. Why are they voting Tory this time? Brexit. I ask if that takes priority over problems with poverty and a lack of jobs – Birmingham has some of the worst unemployment in the country – and they all agree that it does. The constituency has been a Labour seat since it was created in 1974. Labour MP Jack Dromey seems well known and well liked. Several people I speak to mention him by name and have nothing but praise for him.

One Labour member who has already been out campaigning for Dromey says that the feedback so far has been positive and that he's confident of a Labour win.

"I thought the response on the doorstep would be worse than it was," he says. "I've been surprised by the number of people who were not happy with the Labour party at national level but had a lot of time and respect for Jack Dromey."

Among the group in the cafe, they all agree that Dromey seems like a decent guy, but they say it's not enough to make them vote Labour.

"If we had a more credible Labour leader, we might be able to do something," says the cafe owner.

I head further up the street, past a pound shop, several charity shops and a pawnbrokers. I spot a little coffee shop with a group of older men sitting outside smoking roll-ups. Their views on the election couldn't be more different from those in the cafe just a couple of minutes down the street.

"You won't find any Tory voters around here," one of them says. He hasn't decided yet who he will vote for but says that it would never be Conservative. "I'm a working man. All they've ever done for me is rip me off," he adds.

All are agreed on never voting Tory, but they're more divided on who they will vote for. One, who's originally from Middlesbrough, says he has always backed the Lib Dems but won't bother voting at all this time. Another, who's wearing a 'ban the bomb' badge, says he fully supports Jeremy Corbyn.

Theresa May's top adviser, Nick Timothy, comes from Erdington and has previously spoken about the need for the Conservative party to speak to people like those from his home town. This is the type of place Theresa May is trying to reach when she talks about "ordinary working people".

The group all laugh when I mention this. "What have they ever done for us?" one of them asks.

They talk not just about the current Tory policies which have impacted them – austerity at the top of the list – but also of the hardships they faced under the Conservatives in the 80s and 90s.

I leave the men to their coffees and walk towards a nearby indoor market. It's the sort of place I can remember shopping in as a child. There's a butchers, a cobblers, a cafe with yellow plastic seats, and lots of stalls selling cheap household goods. I speak to both the business owners and the customers. The opinion is as varied as it was out on high street. Most people haven't yet decided who they will be voting for.

"I'll wait and see what they've got to say," the owner of the cobblers says. "They all talk rubbish, it's just about deciding which is the best rubbish."

There are no armies of people here criticising Corbyn and swinging their support to May, as many predictions of the election outcome would suggest. But the fact a place like this isn't a dead cert for Labour is a serious problem for the party. The question now is whether local candidates can do just enough to cling on.