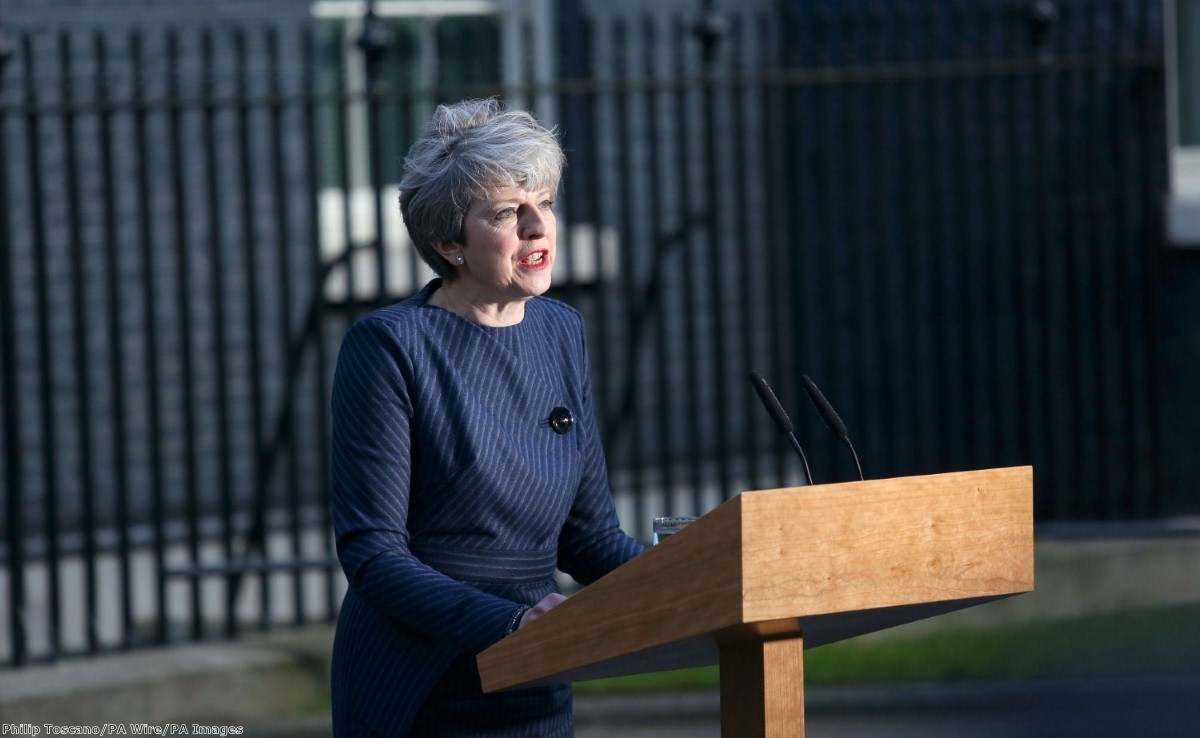 So here it is. Another bloody election. Aren't you excited? Of course you aren't. In fact, why are you even reading this? Read a book. Go outside. Call your mum.

Still here? OK, this is your no-nonsense guide to help you block out the irrelevant braying of the next seven weeks and focus on the things that really matter.

The Tory brand is now toxic in many cities where Margaret Thatcher prospered – the Conservatives won nearly half the seats in Birmingham in 1987, but they haven't had an MP there in twenty years, despite forming two governments since. The Tories gained Walthamstow from Labour in 87; Stella Creasy now has a 23,000 vote majority.

To claim a hundred-seat majority, the Tories will need to win in Scunthorpe, Coventry, Hyndburn, and Newport in Wales. For a 150 seat majority, they'll need Walsall, Luton, Hartlepool. Can they get enough people in those towns and cities to vote for them? Or do too many people think the Tories are not the party 'for us'? There's a big difference between a 50-seat majority and a 150-seat majority. Labour's heartland vote held firm in last year's local elections. It'll be telling to see if it can do so this time.

On the other hand, the Tories could take swathes of seats with relatively low vote shares if the Lib Dems split the non-Tory vote. With Ukippers switching to the Conservatives in their droves, a strong pro-Remain vote for the Liberal Democrats in the Tories' Labour-held 'stretch' targets would enable Theresa May to mop up these seats, just as the SDP split allowed Thatcher to clean up in 1983. It's too early to predict, but it's a real possibility.

Not all remainers are Remainers

This election is a dream for the Lib Dems, the one party that is utterly certain about its line on Brexit. They are already pitching themselves as the party of Remain – the party of the 48%.

Except they aren't the party of the 48%. The vocal, seething Continuity Remain that is prominent in media discourse is only one part of the 48% – the other are the millions of casual Remain voters who have grimly accepted the result and just want the government to 'get on with it'. And there'll be plenty more who won't base their election vote on Brexit, or who haven't forgiven the Lib Dems for the coalition. All this makes the performance of Tim Farron's party impossible to predict. The one thing we do know is they're feeling buoyant.

Not all Tory gains are Theresa gains

There's a strong case for saying that May has called this election to bolster herself against her party's hard Brexit right flank – the "Bluekip" cabal of Redwood, Cash and Bone. A larger majority would make it easier for her to ignore them should Brexit talks lead to compromise.

That's the theory. But who are the Tory candidates who could enter parliament in June? Just as Jacob Rees-Mogg and Dominic Raab first became MPs under David Cameron, other young right wingers may win this summer with agendas quite removed from May's. If large numbers of the new Tory intake take a hard line on immigration or financial contributions, the Tory Taliban could swell in size.

Labour will be campaigning against austerity rather than against Brexit. But shadow chancellor John McDonnell has committed to deficit reduction, cutting income tax for higher earners, and the pension triple lock – all of which serve to tie his hands. He will hike inheritance tax to raise money for carers. He will forego corporation tax cuts to fund health and care services. He'll slap VAT on private schools to pay for universal free school meals.

But what of the rest of it? The Corbyn Project is in many ways the McDonnell Project, a long-term plan to transform Britain's economic model through "blue skies" ideas like universal basic income and massive Keynesian investment. A snap election drives a tractor through all of this. McDonnell has to quickly forge spending plans using mainstream tools. How will Labour fix the school budget cuts? Will they reverse the benefit cuts we've seen over the last seven years – the cuts that did more than anything else to propel Corbyn to the leadership? What is their policy on children's care services, which are stretched to breaking point? Does Labour even know?

Erm… we'll get back to you on that.

Watch for the Tories' spending cuts

The 2015 Conservative manifesto was one of the most misleading election documents produced by a mainstream British party. Committing to a wholly pointless and utterly unachievable budget surplus and £12 billion of unspecified welfare cuts was mathematically impossible and economically suicidal. Within weeks of the Tories' unexpected majority, they began ditching pledges and Philip Hammond quickly axed or postponed certain targets after George Osborne's post-Brexit downfall.

But the cuts go on – on housing benefit, disability benefit, tax credits, care services, schools, prisons, and the NHS. The media narrative has largely moved on from austerity, but the cuts remain deeply unpopular at a local level and broadly ineffective at a national one.

The Conservatives have exhausted the popular cuts aimed at easy targets. They have made slow progress on eliminating the deficit and none on reducing the debt. Hammond – at loggerheads with May's advisers – may not survive as chancellor. The questions for the Tories don't change – what will they cut? Who will lose out? What has even been the point of all this? These questions matter far more than…

Will there be televised debates?

If there are, they'll tell us nothing. If there aren't, you'll hear "frit" for seven weeks. Turns out it's probably the latter, or at least that any TV debates which do take place won't feature the prime minister, who has ruled them out. It doesn't matter. Nobody cares.

The May 4th local elections

Which the government would have coincided with the general election if it had any sense at all. These have now been elevated to Golden Globe status, a Oscars prediction party minus the frocks. Basically, you can stay up and watch without feeling quite such a loser.

When is a mandate not a mandate?

The SNP won 49.97% of the Scottish vote in 2015. They will doubtless pitch the 2017 general election as a referendum on a referendum – a second independence vote at a time of their choosing. That the SNP will win most Scottish seats is about the only certainty left in politics. But they may lose a handful of seats and some vote share to the Conservatives, who will pitch themselves unabashedly as the party of the Union.

If the SNP end up with a smaller number of seats and votes than two years ago, the Tories will surely argue that most Scots voted against the pro-referendum party. But where would that leave Tory claims that they have their own electoral mandate for Brexit?

Rinse and repeat this row until a Brexit deal is done and Scotland is finally allowed its second indyref.

*That's not all, of course, but there are others far better qualified to speculate.

When you campaign on the political fringes, you meet some pretty fringe characters. We've already seen plenty of stories about Corbyn and McDonnell's past links to Sinn Fein leaders during the Troubles. They are just a taste of what is likely to come.

If the Tories have done their homework, expect the right wing press to unleash a torrent of photographs of Labour's top two sharing a stage with a succession of extremists, radicals, and perfectly decent men with long beards and Muslim names. Prepare to read the words "appeared on" and "shared a platform with" repeatedly for the next seven weeks.

"Corbyn was stilted in his reaction with fear in his eyes," Tim Montgomerie tweeted shortly after the election was announced. "Bathed in Cornish sun, @TimFarron looked hungry."

The media will be saturated with this type of thing until polling day. Faux profundity, irrelevant questions, obsessing over polls, pointless fussing about trivia and froth. It will be insufferable.

Here's what matters in this election: Brexit, the Union, cuts, investment, devolution, living standards, and the quality of people who'll be representing you. Everything else is just noise.

Will any good come of all this?