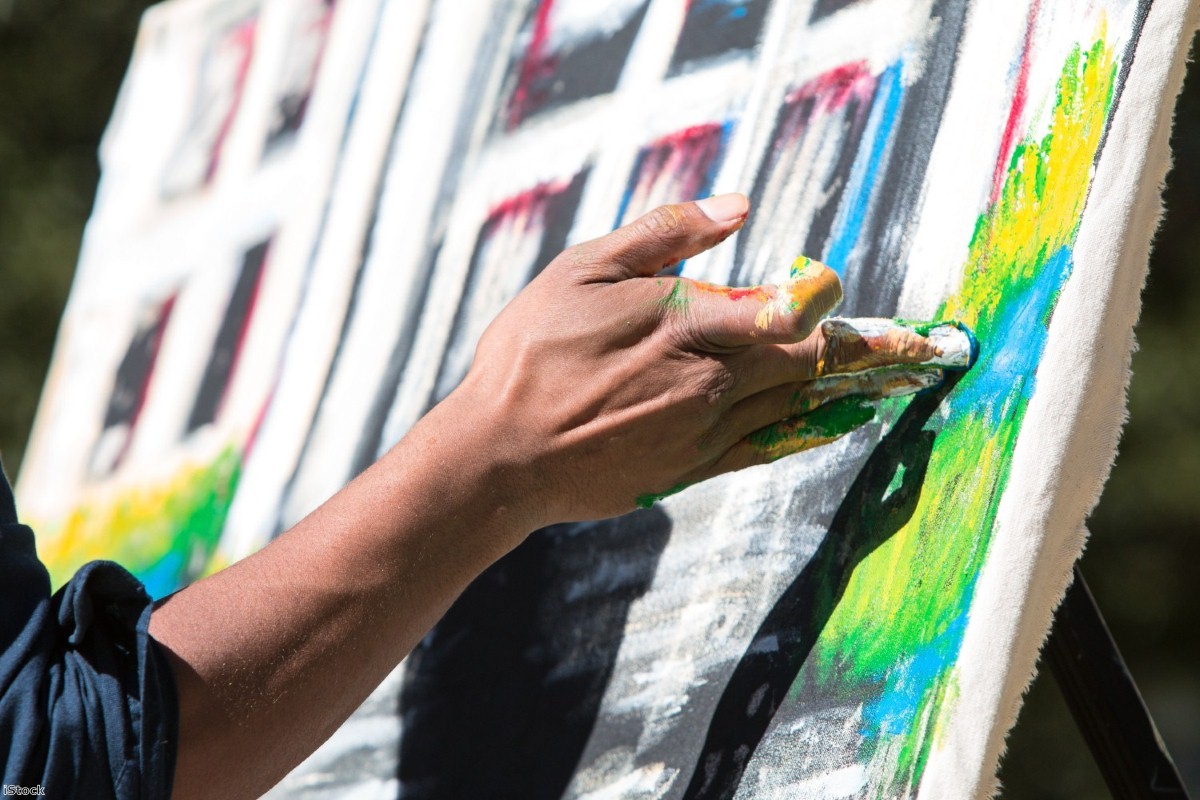 As far as industries go, the creative sector is about as Remain as it gets. Ninety-six per cent of creative industry workers voted against Brexit. They are more pro-Remain than fishermen were pro-Leave (92%). But now, in the wake of the vote, artists, designers and musicians are having to pick themselves up and assess the damage.

You'd suppose that this objection is cultural, and it often is. But there are also hard economic calculations taking place.

Creative industries constituted nine per cent of Britain's service exports between 2009 and 2014, with over 57% of that going to the EU. Our cultural goods exports are similarly valuable, with the UK exporting £2.1 billion more films, books and CDs than it imported over the same period.

In terms of art and culture, Britain has a good thing going on. Arts organisations surveyed in 2015 by Arts Quarter had been cautiously buoyant about their projected income and ability to deliver future projects.

Then Brexit happened. In the wake of the vote, Arts Quarter conducted the same survey again with largely the same respondents. Optimism had flatlined.

The creative sector – from not-for-profit art trusts to high-end commercial outfits – depends on an interconnected web of public funding, private donations, market dynamics, legislation and a free flow of people and information. Brexit challenges all these elements at once.

Industry figures are particularly concerned about Britain potentially removing itself from the Digital Single Market (DSM), which is currently being negotiated at the EU and expected to be agreed before our March 2019 exit date. It aims to improve access and efficacy of digital services Europe-wide and will impact significantly on media regulation and copyright. It is forecast by the Treasury to add 0.9% to British GDP. Britain has taken a leadership role so far in developing the DSM, and our loss of influence at the midpoint of negotiations threatens our ability to make it work in our interests.

Intellectual property (IP) remains a big question mark over the industry. Much of Britain's current framework comes from EU legislation. So what happens now? Many creative types are worried by the attitudes towards intellectual property in the markets most coveted by the Brexiters. India, for instance, where Theresa May is particularly keen to strike up a trade deal, has a terrible IP environment. As the Creative Industries Federation (CIF) said, "markets that might work as new targets for some traditional sectors may have to be a longer-term aim for the creative industries". It's a polite way of warning the government that the UK urgently need to ensure the Digital Single Market works for us in Europe, and be wary of putting our artists and creators at the mercy of developing ones.

For the art market, there is concern about the loss of something called 'droit de suite'. This is an EU-wide agreement that ensures a portion of the resale value of an art work reaches the artist or their estate. Without it, the sale and resale of art works – often viewed as little more than trading assets – between billionaires would contribute almost nothing to the broader cultural economy.

DACS, an organisation that ensures British artists receive their resale rights and licensing income, has earned around £47 million for artists since 2006 out of this system, a sum that helps keep the creative industries healthy. It is already reporting that many dealers think Brexit renders droit de suite inapplicable.

Many projects are also going to lose a potential revenue stream through EU funding. Creative Europe, for instance, encourages international collaborations between cultural institutions in European countries. Britain, once the second-biggest beneficiary of Creative Europe grants, now has its eligibility under question. According to the Arts Council of England, 9.3% of British art and culture projects have been beneficiaries of this grant, to the tune of £9.7 million in 2014-15 alone.

Workers in the sector can already see the funding drying up. The Liverpool Biennial, the UK’s largest contemporary art biennial, was initially the lead partner in a massive ten-partner Creative Europe funding application. We're technically eligible to do so until 2019, but Brexit made the other EU partners get cold feet, and the bid was eventually submitted by a country that will stay in the EU. Regardless of its official status, Britain is already effectively out in the cold.

Liverpool is a useful indicator of the effects of Brexit in a variety of ways. Engraved paving stones in the city testify to its period as the European Capital of Culture. According to an impact study by the University of Liverpool, this generated £753.8 million for the city and 2.3 million visits from abroad. As a result, 85% of Liverpudlians claim the city is a better place than before. It's hard to resist the conclusion that this helped make it one of the North's most stridently Remain-voting cities. But while Leeds, Dundee and Milton Keynes are currently considering bids, there are unlikely to be more European Capitals of Culture in Britain after Brexit.

Behind the headline threats on issues like intellectual property, Brexit also challenges the thriving and open culture on which our creative industries are based, branded by the Arts Council of England under the mundane umbrella term 'research and development'. This part of the art world has limited access to commercial revenue and often relies on public funding.

Free market economists often get irritated at the notion of arts bodies winning public funding, but these projects – from museums to street festivals and local theatre – often provide the training grounds and talent bases for more commercial profit-making ventures.

These kinds of organisations were recently asked by Arts Quarter what they thought the greatest opportunities were for them in a post-Brexit UK. The responses were very bleak.  "I can see none", one person replied. "I can't see any positive opportunities in this situation", said another. "Impossible to think of any yet".

Here, freedom of movement across Europe is an overwhelming issue. The vitality of the UK's artistic culture depends hugely on artists flitting across borders on residencies, writers organising quick-and-dirty book tours, curators and technicians arriving with luggage full of artworks, young theatres and dance companies getting their footing with low-cost tours.

Enormous value is placed on the ability to meet and exchange ideas with artists abroad. Free movement and geographical proximity on the continent make this relatively easy, compared to the US, for instance, where small artistic outfits face prohibitive visa costs, additional taxes and administrative delay. Anything similar with the EU would price many UK companies out the picture. Highly skilled as most cultural workers are, their projects rarely fit with the government's ideal of a high-salaried permanent move.

There is just one area where artists seem to welcome Brexit. The chaotic and dark forces it has unleashed, particularly around immigration, have given many of them something to challenge and fight in their work. One of the few Brexit opportunities mentioned by respondents to the Arts Quarter survey was, rather forlornly, that "the unfolding situation could force us to respond fully to the wider changes politically, socially & culturally".

This is a task that one group of artists under the name of Keep It Complex took up early this year. They set up a crowd-funded event, Unite Against Dividers, for artists, activists, curators, politicians, entrepreneurs, publishers and union and migrant representatives to meet up and organise in the wake of the Brexit vote. Brexit threatens many of things they considered essential to creative practice: difference, the exchange of ideas and the movement of people. These values drive the industry at a far deeper level than economics or intellectual property.

Not long after the vote, culture minister Ed Vaizey called for the arts to play a role in ending the "uncertainty and division" of Brexit. They might just do that. But he shouldn't be surprised if that role involves comparatively few happy-clappy paintings and rather more examples of hard political resistance.

Mia Jankowicz is a writer, editor and independent curator based between London and Cairo. She writes about contemporary art, culture, and their politics. Follow her on Twitter