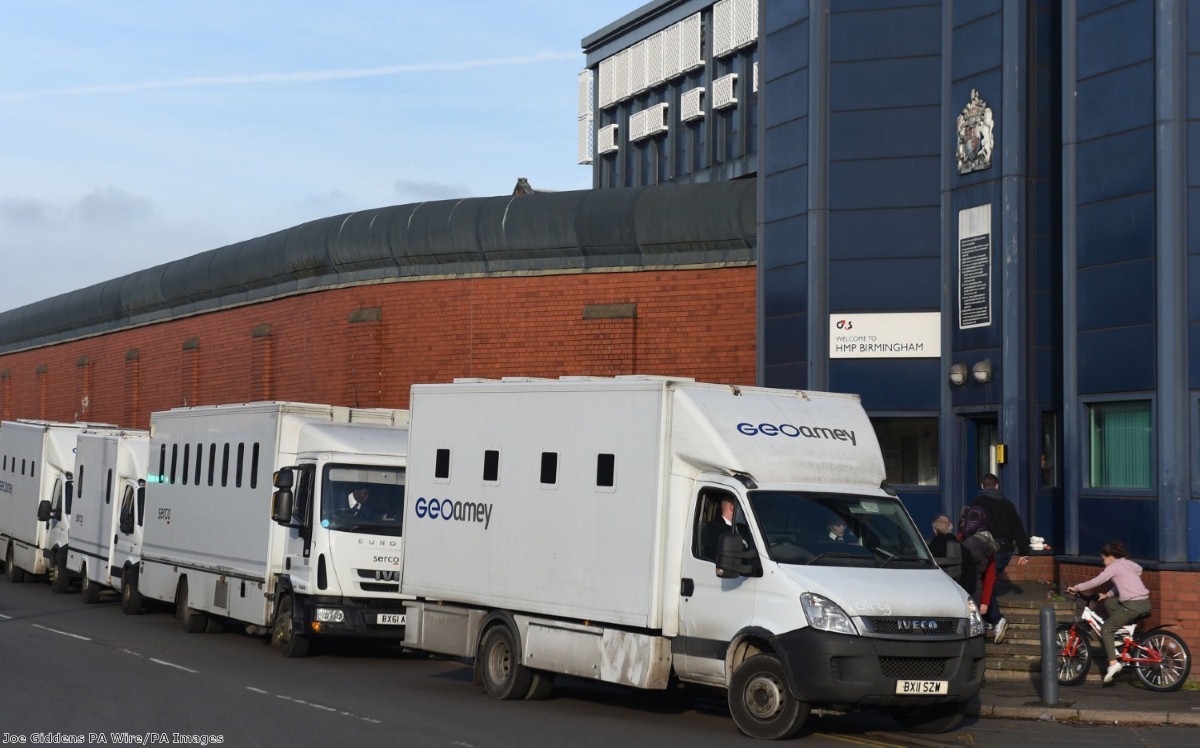 The Birmingham prison riot is one of the largest disturbances we've seen behind bars in many years. It also represents the latest episode in what could become the defining narrative of the May government. Not Brexit, but prisons.

Acres of newsprint will be written about the former. Everyone has an opinion on the outcome of June's referendum. Few, on the other hand, care what happens to prisoners. Yet slowly and surely the crisis in prisons is bleeding into the mainstream of public discourse.

And while it may not have anything to do with Brexit, the narrative it tells is toxic for Number 10 in Brexit Britain. This is a government formed to 'take back control', after all. Yet control is exactly what the government is struggling to achieve in the one place it should be able to guarantee it: prisons.

Footage of riot police lining the streets of Birmingham to cordon off the chaos rampaging through a prison is not 'good optics' for this new and still uncertain regime in Downing Street. But then neither was the Pentonville escape. Neither were the disturbances at Bedford prison or Lewes.

Striking prison officers, an all-time record number of suicides in prison, videos uploaded to social media of prisoners fitting on drugs: none of it suggests the government is in control of its prisons.

The reason can be explained by another phrase bandied about after Brexit. This is a government which wants to 'have its cake and eat it'. In prisons, it wanted to cut budgets and staffing, while doing nothing to reduce demand on the prisons. The result has been catastrophe.

Now is the time for the government to level with people. Control in prisons will only come from reforming sentencing and starting to reverse the mistakes of the last twenty years – during which our prison population has doubled. That may not be a popular argument but it is a true one. Anyone who has anything to do with prisons knows it.

The Howard League has launched a campaign on the '3 Rs' of prison reform – rules, release and recall – which would be a good starting point. But more radical action again is needed to bring numbers down to the level they were under Margaret Thatcher.

Taking back control also suggests taking responsibility. It is time the prime minister herself shows leadership on this issue and speaks out. If Theresa May wants to take back control of her prisons then she must reduce the number of people held in them.