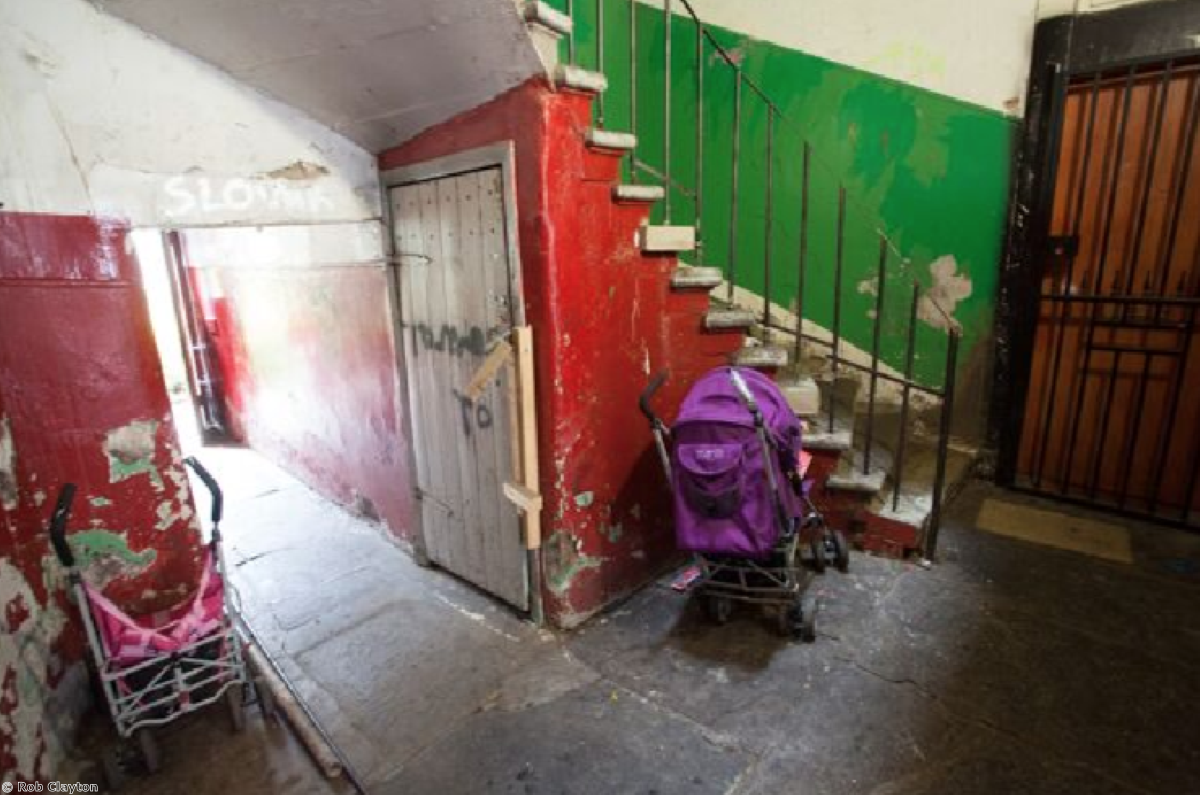 Rats, filth and cockroaches: What it’s like to live in Nicola Sturgeon’s constituency

Margaret Wilson lives in the same area she moved to after marrying her husband 60 years ago. It's the place she raised her children and the only real home she’s known, but it's now like a prison for her. The crime is so bad that she’s scared to leave the house alone.

Govanhill is a notorious area of Glasgow. The conditions there would not seem out of place in a third world country or 19th century Britain. Inside many of the homes there are infestations of cockroaches and bedbugs. Outside, there are rats. Everywhere you look there is rubbish piled high and mattresses and furniture dumped in the streets.

"Rats run around here during the day like they're cats and dogs," Liz Crosbie, Margaret's daughter, says. She has now moved away from the area but her mum and sisters remain there.

"My sister has mouse traps all over her home and has to use a bedbug monitor. It's disgusting."

Tomorrow, Margaret turns 80 and the family are planning a big party. The celebration is a welcome distraction from the long battle they’ve been fighting to improve the area. Their MSP is the first minister of Scotland, Nicola Sturgeon. Crosbie says that she and other members of the Govanhill Community Campaign have met with Sturgeon a number of times over the years to discuss the problems. The most recent meeting was last Friday.

"She said to me, 'We can't change things overnight'. I said: 'No, Nicola, we've been telling you about this for five years'.

"If she can't sort out this one square mile area, what chance has she got with the whole of Scotland?"

Crosbie says that Sturgeon told her at an earlier meeting she was having trouble with mice and rats at her own constituency office in Govanhill. She has since moved to a new office in a different street. The Wilsons have no such option.

The residents say that the first minister usually blames many of the problems on the Labour-run Glasgow council. The council blames the Scottish government, and so it goes on. Meanwhile, children and the elderly go on living in squalor.

Last week, the filmmaker Paul Sng and the ethnographer Lisa McKenzie travelled up to Govanhill to speak to the residents. They were shocked by what they saw.

"I've been to Govanhill twice this year to film for Dispossession, a documentary on the social housing crisis," Sng says. "On both occasions, I was shocked to see the extreme levels of squalor and poor habitation in the area, caused largely by rogue landlords neglecting their duties and exploiting tenants."

McKenzie says the conditions are some of the worst she has ever seen.

"People are having to chuck out their mattresses because of the bedbugs. But there is so much poverty that other people are then taking the mattresses off the streets and into their own homes. So the bedbugs are spreading.

"On every level, this community has been abandoned. How Nicola Sturgeon is getting away with it, I don't know. This isn't just a housing issue, it's a public health issue. There's an idea on the left in England that there is some sort of utopian socialism in Scotland under the SNP. Sturgeon talks about poverty and inequality but you've got people living with cockroaches and rats in her own constituency."

A major problem in Govanhill is overcrowding. Many properties have been bought up by private landlords who then rent them out but do little to maintain them. Within one square mile, there are around 2,600 private landlords.

There are various projects run by the council to try tackle some of the issues but, so far, they seem to be having little impact. With the help of funding by the Scottish government and Glasgow City council, Govanhill Housing Association has begun buying up privately owned properties in the hope of cleaning up the slum housing. But many of the people who have been willing to sell up are the owner occupiers desperate to move out of the area, not the private landlords. So the problem continues.

In the meantime, Sturgeon expects her constituents to just wait for things to improve. The SNP paints itself as a left-wing anti-austerity party, but the conditions on Sturgeon's own doorstep show the reality is quite different from the party's rhetoric.

The SNP say that Nicola Sturgeon has worked with the community, government and council to address the problems in Govanhill. They say she moved offices because the new building was a more suitable space.

"There is a lot of investment going into housing including £4m from the Scottish Government to purchase and repair properties, into cleansing and into community safety but there is a lot of work still to do," an SNP spokesperson said.

"As local MSP, Nicola Sturgeon has called for the council to use its power to consider a landlord's refusal to contribute towards repairs and maintenance when considering whether someone is a fit and proper person to be on the Landlord Register. She is also supporting local councillors who have asked the council administration to immediately expand the Enhanced Enforcement Area to a wider area of Govanhill and to make a long term commitment to the regeneration of the area."

Glasgow City council say that they have dedicated significant, extra resources to Govanhill in recent years.

"We have invested substantial sums in the housing stock and there has been a huge effort to address problems with waste, fly tipping and other environmental issues. Our work within education and to promote social integration has also been viewed as a model of best practice.

"A major objective of the work in Govanhill is to ensure property is properly managed so that many of the issues in the area can be tackled effectively. Through the acquisition programme and wider engagement with owners, the number of addresses in the most problematic streets with a common property manager has almost doubled in the past year. The powers available to the council as part of the Enhanced Enforcement Area and other efforts to target failing landlords will help us to make a lasting difference in Govanhill."