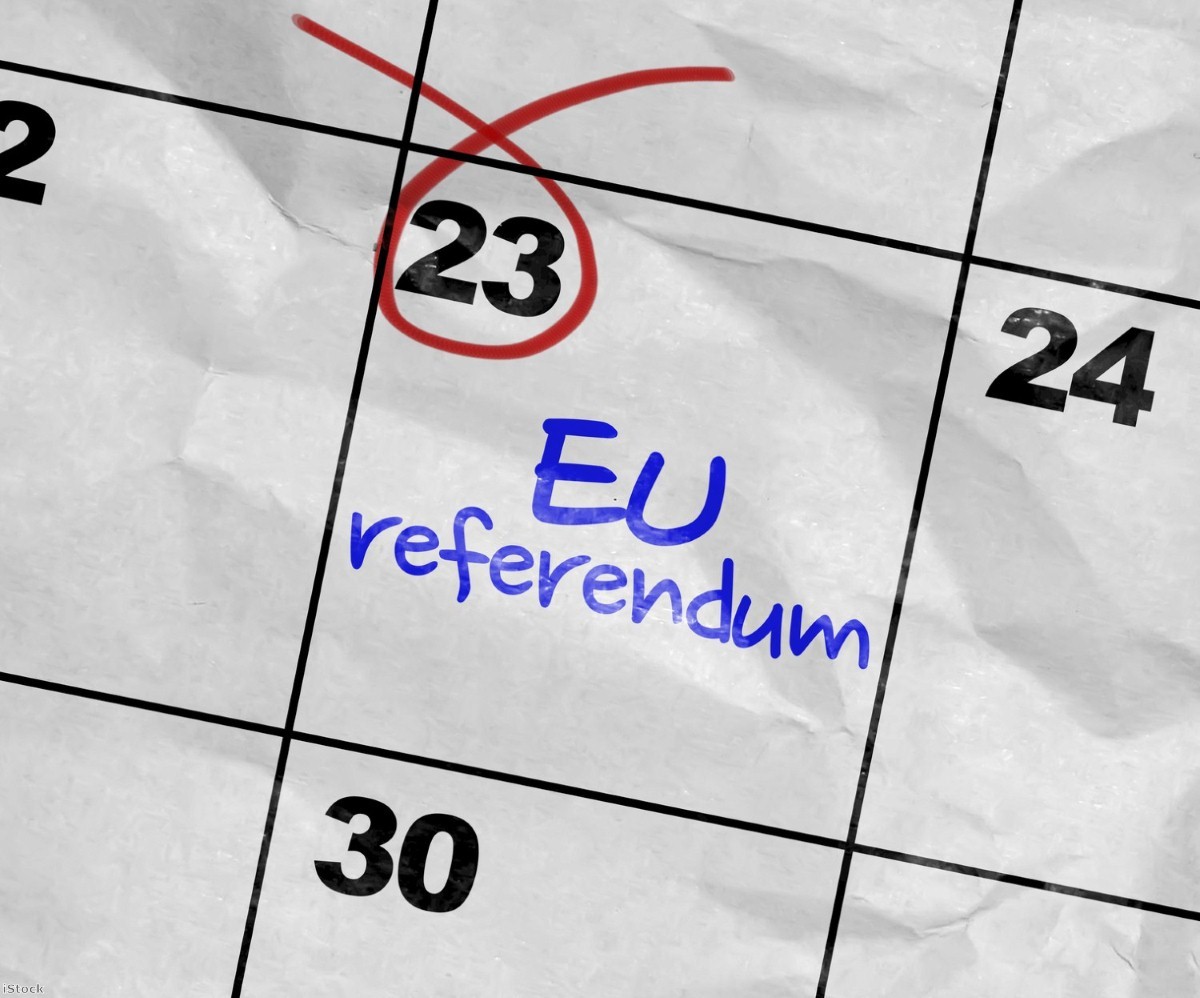 The EU referendum is nearly over and most of us will be relieved. Whatever the outcome, in or out, this has been a nasty campaign. It has been full of scare tactics, fantasy figures, and finally, murderous violence.

On June 16th, two events happened that sent shocks through society. The smaller shock was a Ukip poster unveiled in the morning by Nigel Farage which was eerily similar to Nazi propaganda, a picture of a huge crowd of displaced people trudging along an open road. Disgust at the tactic was widespread and it was judged racist and inflammatory.

The much larger shock just hours later was the death of Jo Cox, MP for Batley and Spen.

As I write, it's hard to know how much these events will affect the campaign but I suspect that many undecided will vote to Remain. The rise of the right, whether in the USA, Austria or here at home, is the triumph of fear over reason and we must face it down. We must stick to our belief in democracy and reasoned debate as an antidote to hate. We also need to understand why many voters are rejecting mainstream politics and no longer trust what the political class are saying. Our EU referendum has exposed fault lines through society that need urgent attention.

The current Green Party position on the EU is that it's a flawed organisation, but it's better to try to reform it than leave. I disagree because the major reforms we would like to see are highly unlikely to ever happen. I've been a Green party member since 1988 and have always held the view that we would be better out of the EU because most decisions are better made more locally. The intensity of that belief has risen and fallen, but it has never really mattered what I thought about it. I could throw myself into campaigning to elect Green MEPs, even stand myself for selection on a eurosceptic platform, on the basis that if we are in the EU, then we definitely need Greens in there to make things better. But in the last few months it has mattered a lot and I have not only been out of step with my own party but with most of the progressive Left.

There is a strong progressive argument to be made against membership of the EU by people like me who see it as contributing to the problem of political alienation, rather than part of the cure for it. People elect MEPs by PR, but they don't initiate legislation, or have the decisive say. Decisions appear to be made by a small group of unelected people, heavily influenced by lobbyists from big business, so it's hard to see how such a structure can perform well for social and environmental justice. Such decision-making runs counter to good Green values of democracy and decentralisation. But it's an argument we haven't heard much of because the racists and the xenophobes have had all the publicity.

Tony Benn said in 1963: "I am against the Treaty of Rome which entrenches laissez-faire as its philosophy and chooses bureaucracy as its administrative method." And in 2011: "Just like the Chartists and the Suffragettes, we are about democracy; and democracy will be fatally damaged in Britain and in Europe if we go along with this system that has no firm democratic base."

He also said, "When I saw how the European Union was developing, it was very obvious what they had in mind was not democratic. In Britain, you vote for a government so the government has to listen to you, and if you don’t like it you can change it."

Despite the best efforts of some progressive MEPs, the EU is still seen as a remote bureaucratic institution which imposes, rather than engages. There are dangers for democracy in a system like that.

The referendum has given many people, especially many working class voters, the chance to strike a blow against the system which is failing them and which is failing to listen to them. Whatever the outcome, the left needs to listen to that message and think about how we can reconnect voters with a rejuvenated democracy. That means changing the culture of politics and also the structures, like an elected second chamber, rather than focusing on changing the governing party.

Jenny Jones is a Green member of the House of Lords.