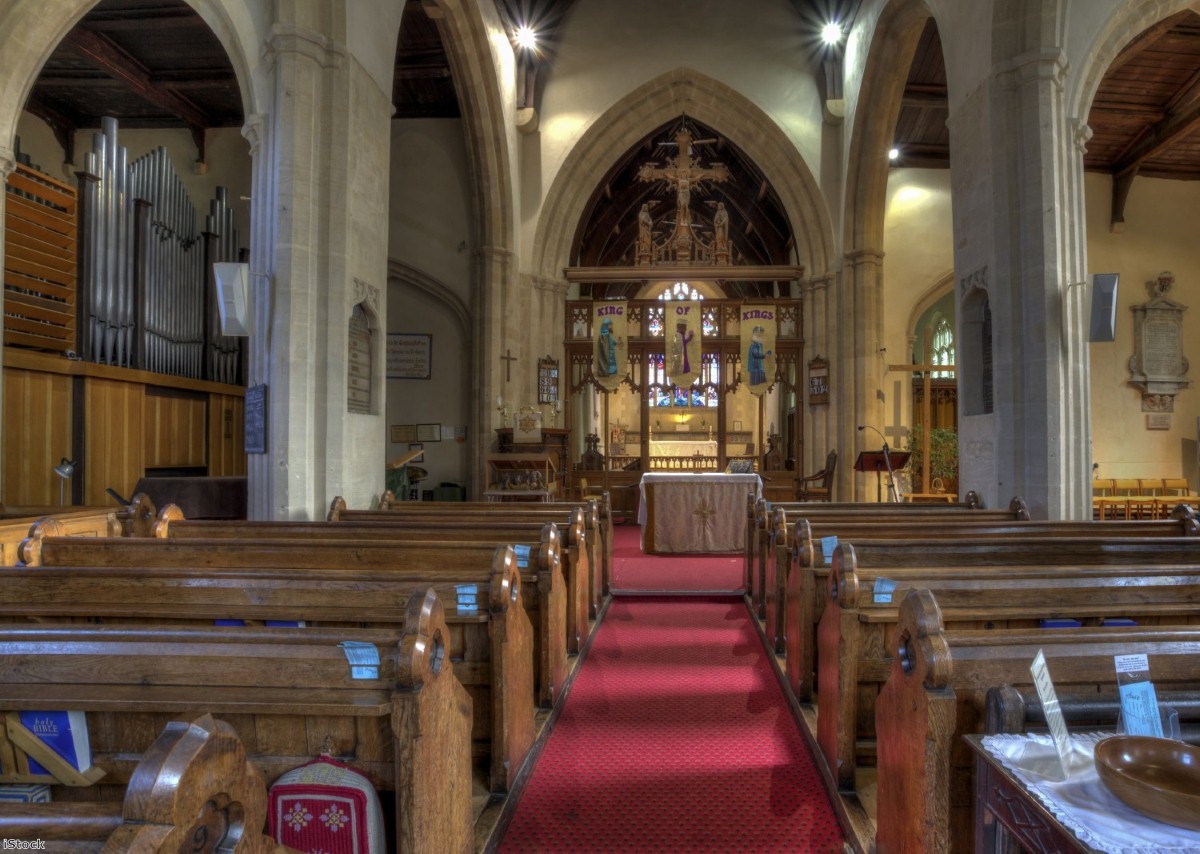 Whenever studies on the decline of the Church are reported in the press, certain responses are guaranteed to materialise. There will be questions about the methodology, a hunt for the silver lining, and cheers from those who consider all religion to be antiquated, dangerous, or plain evil. There is also likely to be a fair amount of shrugging. No antipathy as such, just a fleeting acknowledgment and perhaps a half-hearted attempt at analysis.

This week, in the Guardian, Barbara Ellen suggested that claims that Christianity encourages a sense of community "seem a tad overplayed in modern times", before arguing that "even the most isolated individual is likely to have access to the "community" of television, phone and internet – far from ideal, but, if you're not religious, neither is sitting in a draughty hall with a Bible group and a digestive biscuit."

I read this after getting back from the evening service at my church, where the trainee priest had shown a film about work with elderly people in the parish. For the past two years, the church has been running a project that enables some of the most isolated people in the community to meet up for company, conversation, and, most recently, access to Asda (hugely popular, apparently). For many, it is the only time during the week that they leave the house. These are women and men who have lost spouses, whose children live far away, and who might otherwise be among the one million older people who haven't spoken to a friend, neighbour or family member for at least a month.

The interviews in this film powerfully undermine Ellen's assertion that the Internet and telly have somehow solved loneliness. Community – face to face contact – matters. It's life-giving in a country where loneliness is a deadly phenomenon. The Church is not the only institution attempting to tackle this, but it is a significant one. It does often feel as if those who comment on the decline of the Church with cheer or a nonchalant shrug are those who are protected from some of the problems it seeks to address.

For an institution with a declining, ageing membership, the Church does an awful lot of good. Food banks operate in hundreds of them, as do night shelters for the homeless. They host AA meetings, lunch clubs, credit unions and toddler groups, debt advice services, counselling sessions, even an ice rink and post office. The latest survey conducted by the Church Urban Fund found that 87% of churches supported people experiencing loneliness, either by providing organised activities (46%) or informal help (41%). On average, churches were acting to address seven social issues from debt to unemployment to mental ill-health.

The very existence of the Fund is a reminder that the Church has a track record in drawing attention to, and attempting to tackle, social ills. It was created after the publication in 1985 of "Faith in the City", famously described as "pure Marxist theology" by one of Margaret Thatcher's Cabinet ministers. Underpinned not only by official statistics but by the testimony of those living and working in deprived parishes, it warned of "acute human misery" and issued a call to arms, primarily to the Church itself. Today, 95% of church leaders believe that tackling poverty in their local area is a vital activity for their church. In the words of William Temple, a former Archbishop of Canterbury, "the Church is the only organisation that does not exist for itself, but for those who live outside it."

Make this argument, and you run the risk of reducing the Church to what Justin Welby has referred to "a Rotary club with a pointy roof". Even those who welcome the Church's social action can get a little queasy when you talk about the motivation behind it. But the two cannot be divorced. It is the belief that we are all made in God's image; that every individual in the parish is of infinite value and to be loved as such, that underpins it all. It's a theology that means that nobody should be excluded from the Church's care and attention.

One of the reasons the Church community can prove so challenging is that it forces those in it to share their pew with those whose paths they might never otherwise cross. People with clashing political views; people who have a wildly different experience of God that bears no relation to what you know; people who take exchanging the Sign of the Peace as an opportunity for a firm handshake, eyes lowered, or a full-on bear hug. Every Sunday, we are told to queue up for bread and wine with whoever happens to have walked through the heavy wooden doors at the back. In a society in which membership is falling not just in churches but in trade unions and political parties, the Church presents a challenge: come be a part of a community you cannot curate. It can be awkward and uncomfortable. It is often beautiful.

After four years of reporting on it, I can confirm that the Church is far from perfect. In some, digestives remain the biscuit of choice. But those who believe that its disappearance will have few repercussions seem to have little grasp of what might go with it.

Madeleine Davies is the deputy news editor a the Church Times. You can follow her on Twitter here.