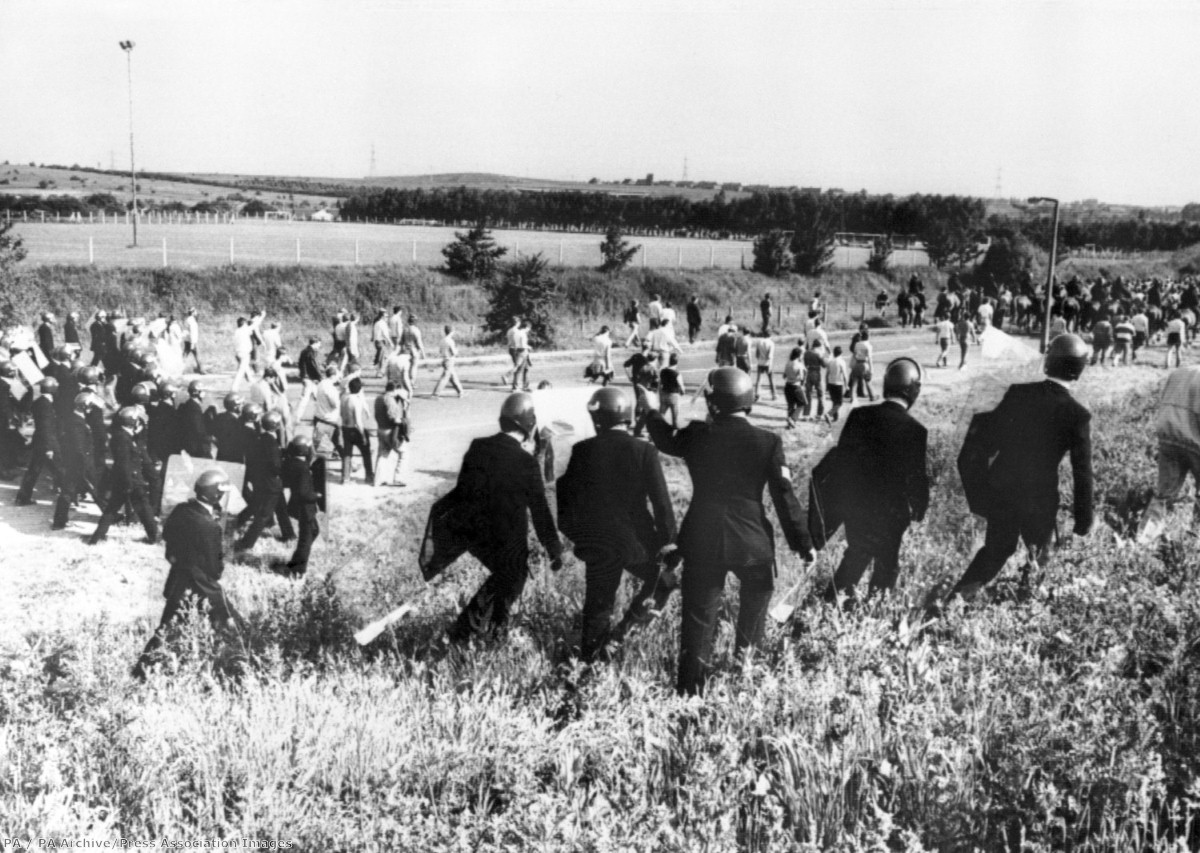 The fourteen jury verdicts delivered at the Hillsborough inquest on Tuesday bring to an end one stage of the tireless campaign by the bereaved families to establish the truth about who was responsible for the terrible disaster.

The verdicts were a stunning vindication of the stamina and determination of the Hillsborough campaigners. But now another campaign opens up – one for justice. The South Yorkshire Police (SYP) chief superintendent in command at the match, David Duckenfield, should now face criminal charges. As should the SYP for the way it conducted itself on the day, its behaviour in the aftermath spreading deliberate and cynical lies blaming the fans, and its unreformed conduct seeking to maintain these lies during the inquest and right up until the jury’s verdict on Tuesday. The role and conduct of West Midlands Police, who investigated South Yorkshire Police's conduct for the original inquiry, should also be part of this criminal investigation.

#Hillsborough verdict may bring closure for families, but mustn't be the end for those who caused untold pain https://t.co/8zzv3XmmVp #JFT96

But the issues highlighted by the Hillsborough inquest, and the earlier Hillsborough Independent Panel Report (HIP) in 2012, have uncanny parallels with the role and conduct of SYP during the policing of the battle at Orgreave in 1984 and the reporting of the event afterwards.

Mark Twain observed, 'A lie can travel half way around the world while the truth is putting on its shoes.' In the case of Orgreave and Hillsborough the 'truth' was a lie disseminated rapidly (with one or two honourable exceptions) through an unquestioning media willing to accept a plausible narrative promoted by SYP.

The lead story on BBC1's early evening news on 18 June 1984 was Orgreave. Behind the newsreader, Moira Stewart, was a single violent image: a man, presumably a miner, taking a running kick at a policeman. The film extract of miners attacking the police from which this image was taken was shown again and again on BBC programmes over the next week.

This was the scene-setting introduction: 'Over 5,000 pickets at Orgreave fought a pitched battle with over 2,000 policemen … Mr Scargill, who had been directing operations on a two-way radio, was found sitting on a kerb looking stunned after policemen with riot shields had run by under a hail of stones … He believes he was hit by a riot shield. A senior police officer says he saw him slip off a bank and hit his head on a sleeper but doesn’t know whether he’d already been injured.'

John Thorne’s on-the-spot report followed, presenting three themes: the military-style planning of the operation by Arthur Scargill; doubt about whether the head injuries he sustained were actually inflicted by the police; and the essentially defensive and reactive nature of the police’s role in the conflict. The violence at Orgreave was presented unequivocally as picket violence with Thorne saying, 'The attacks on individual policemen were horrific. The police commanders said it was a marvel that no-one was killed.'

Over the course of the miners' strike it was the narrative of 'picket line violence' which dominated broadcast news, with the exception of Channel 4 which stood out for the balance of its reporting. This was powerfully reinforced by national newspaper coverage of the dispute.

The front page of The Sun, the day after Orgreave, had the bold banner headline 'CHARGE' and the subhead 'Mounties rout miners'. Bullet points listed 'Scargill’s Toll of Shame' and their report started: 'Mounted police made an amazing cavalry charge on picketing miners yesterday. The officers faced a hate barrage of bricks, bottles and spears as they broke up a bloody riot.'

But newsreel footage of the day merely demonstrates miners in T-shirts spread out peacefully across the ground.

Challenging the distortions and misrepresentations firmly embedded in people’s minds as a result of the media coverage was very difficult for miners who were at Orgreave. They knew the truth but, as with the Hillsborough campaigners, for years they were powerless to tell it.

All this began to unravel when the HIP revealed the way police statements were amended to remove or alter comments unfavourable to SYP. It traced the process by which SYP spread 'unproven and unsubstantiated' allegations across broadcast and print media.

In October 2012 a BBC Yorkshire Inside Out programme suggested that SYP had deliberately moulded the statements of police officers so that they could prosecute the miners arrested at Orgreave for the serious charge of riot, which carried a potential life sentence. The programme made the link between the doctored police statements and the culture which five years later would see the cover-up at Hillsborough.

These revelations spurred us to set up the Orgreave Truth and Justice Campaign (OTJC) which has been tenacious in building up a broad-based campaign with widespread support, and in pursuing the Independent Police Complaints Committee (IPCC) over its investigation into the policing of Orgreave. Their report last June concluded the events happened too long ago and that they didn't have the resources to mount such an inquiry. The OTJC then began to assemble an impressive body of evidence to support the case for a public inquiry which was presented to the Home Secretary last December.

Love and solidarity to the #Hillsborough families. You are an inspiration to us. We fight on for #orgreavejustice pic.twitter.com/RXFJgstE2m

What is now abundantly clear after the Hillsborough verdicts, is that the same questions about the role and conduct of SYP which were raised at the Warrington inquest are also at the heart of the conduct of the SYP at Orgreave and afterwards. That's why the Hillsborough verdicts are a tremendous boost to our campaign and in the coming weeks a big focus of our work will be on urging the Home Secretary to set up a public inquiry into the policing of Orgreave.

The scales are falling from skeptical eyes and people are coming around to the view that both campaigns revealed the SYP to be not 'citizens in uniform', but out of control and unaccountable officers, operating above the law. Both Hillsborough and OTJC now want justice, and for those officers to be held to account.

Granville Williams is a founder member of the OTJC. He is the editor of Settling Scores: The Media, The Police and the Miners’ Strike. (www.cpbf.org.uk) Find out more about the OTJC here. Follow the OTJC on Twitter here.