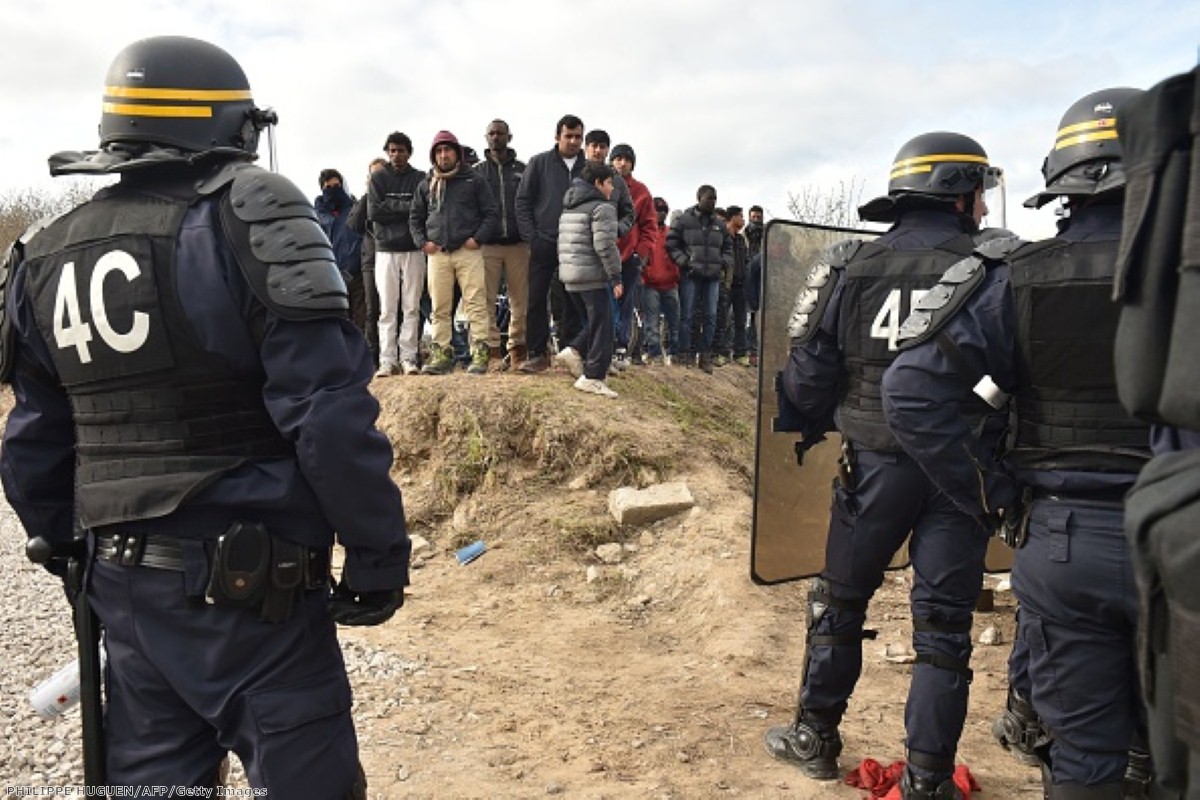 Tim Farron: Calais migrants must be allowed to join their family in the UK

There's no denying that the port of Calais in Northern France has become politically toxic on both sides of the Channel.

Those on the right point to it as proof of European failure, of migrants banging down the doors, of young men poised to enter Britain and take our jobs. Then there are those, like me, who see it as the latest manifestation of a British government who cares not one bit for the vulnerable and which refuses to address very obvious and growing problems until they become too large to ignore. One that has used all its political capital on a referendum to appease its backbenchers, while doing almost nothing to tackle the real challenges facing our continent.

It’s very hard to mediate between those two positions, yet I’m confident that we can all agree that the latest decision by French courts to allow partial bulldozing of the camp, complete with riot police and teargas, is not a long term solution. The images coming out of the camps yesterday would be sickening anywhere in the world, but when there are from a democratic state at the heart of Europe they are particularly bleak.

I was the first party leader back in August 2015 to visit Calais. I met dozens of refugees from across the Middle East, as well as people who were seeking asylum from a number of countries in North Africa. Some were young men, some were families, but very few had any idea of what their rights were in France and what the processes were for them to secure their long term futures. Many had family in the UK, but few realised that their best prospects were to seek asylum in France first, rather than risking a deadly crossing on the back of a lorry or maintaining life through the winter in Calais. The authorities there have a responsibility to make sure people know their options, rather than ignoring the problem. We are now witness to the consequences of that inaction, and faced with a more entrenched problem given that trust in the police and the perceived authority will now be incredibly damaged.

.@timfarron: Situation in Calais "is a heart-breaking symptom of the greatest humanitarian crisis of the century" pic.twitter.com/Ipl2J3gi2R

One of my biggest concerns is the hundreds of unaccompanied children who are thought to be resident in the section of the camp which is currently being demolished. The reason I have to say “thought to be”, is because of the failure by the French and the British to properly register this vulnerable group, despite their responsibilities under two of the most central pillars of international law: the convention on the rights of the child and the convention of refugees.

It seems to me that if the British and the French are not going to budge on this, it’s time to ask for help. Rather than pushing around the problem by clearing a part of one of the camps every couple months and waiting for makeshift homes to appear before doing it again, we should bring in an international body like UNHCR to register and process all of the refugees and migrants in Northern France. Children with family in the UK should be allowed immediate reunification with that family, as is the law, and adults with connections should have their applications considered by the British government as well.

Of course, this must go hand in hand with measures to create safe and legal routes for refugees from war torn countries, and the government has a responsibility now to allow European leaders, including Cameron, to give full commitment to finding solutions for what is undoubtedly the biggest crisis faced by our continent today.

Tim Farron is the leader of the Liberal Democrats