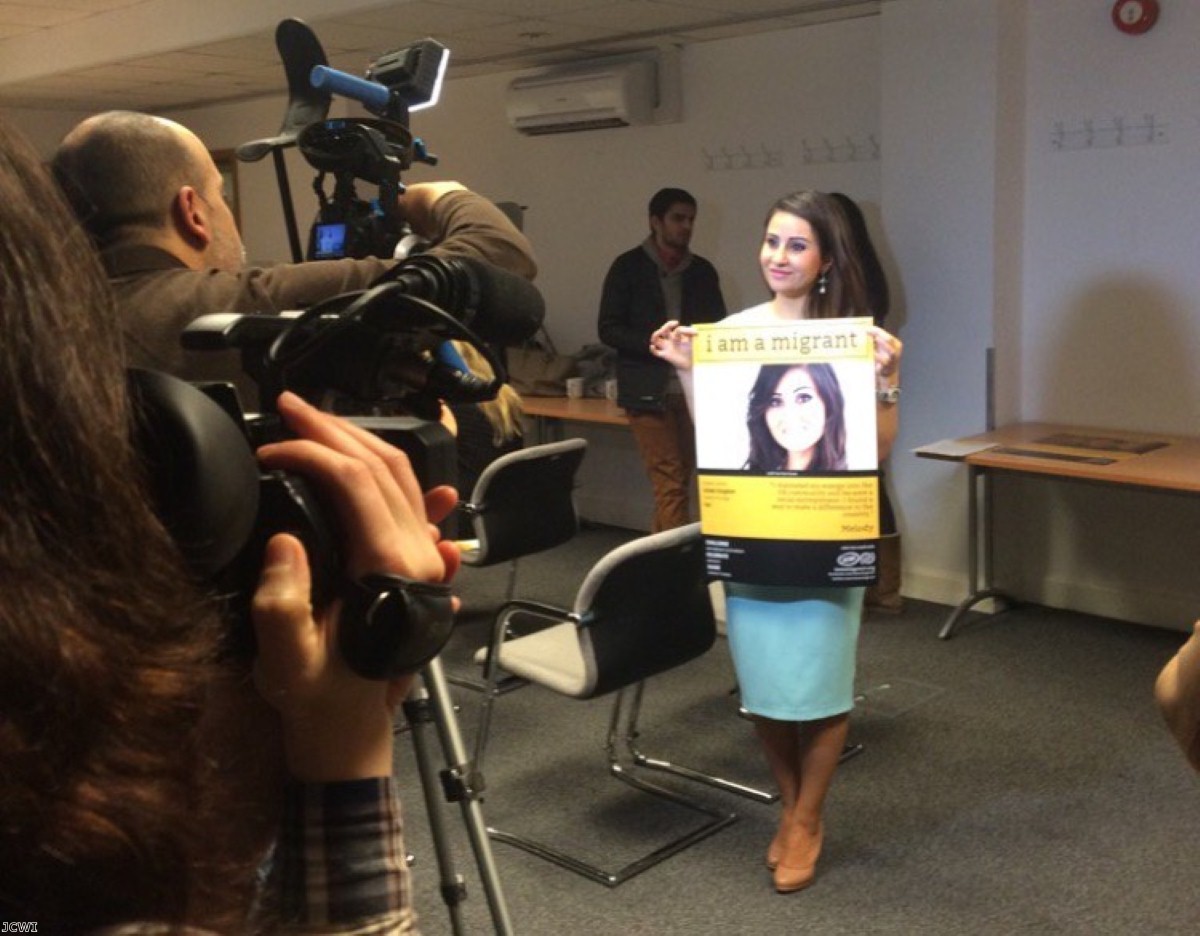 Comment: ‘I am a migrant’ campaign will challenge toxic migration myths

The debate on migration in the UK, particularly with regards to EU migrants, continues to be rife with toxic terminology. Depending on which politician is coveting coverage in any given week, we are met with a barrage of demeaning and misinformed comments which often demonises them as a group.

This week a new global campaign will be launched to challenge the negative rhetoric surrounding migrants. The truth is that migrants are an essential part of British society and contribute daily to our country's prosperity. They do not come for benefits, and do not 'steal British jobs'. As repeated studies have shown, migrants pay more into the system than they take out. The debate in the UK should not be about 'us versus them'. We should instead celebrate the fact that migration is a positive British tradition which contributes to the fabric of our society – financially, socially and culturally.

Earlier this year, through frustration at the continued misinformation and scaremongering around the issue, the Joint Council for the Welfare of Immigrants (JCWI), under the umbrella of the Movement Against Xenophobia (MAX), created the 'I Am An Immigrant’ campaign. The aim was to negate any further anti-immigrant climate that could have developed in the run up to the General Election. It focused around posters containing the images and stories of 15 immigrants, which appeared across the country to demonstrate how migration is an important part of British society.

We received overwhelming feedback and support, with £78,490 raised in just three weeks. It was clear how vital this message was, the posters were viewed over 80 million times in the UK and received vast media coverage around the world. But challenges in Europe and the ongoing refugee crisis mean we are once again seeing damaging rhetoric around the issue. Because of this, JCWI has joined forces with The International Organisation for Migration to send the 'I Am An Immigrant' campaign global.

The international digital and poster campaign allows migrants to upload their own profiles and share their stories to illustrate the array of experiences they've had, and the variety of skills and knowledge they bring to their new society. Migrants are professionals seeking career opportunities; they are students moving for education; they are people joining their spouses and children abroad. Migrants can be refugees seeking safety from persecution and war, others are seeking to be reunited with their family who fled before them. One thing unites them all: they are human beings.

JCWI has been contacted by organisations all round the world hoping to emulate the original campaign in towns and cities, from Europe’s refugee frontline in Greece, to more settled migrant communities in Canada. It has already been adopted by the Office of the Interior Minister in the Mexican government, IOM Mexico and UN Women. 'Soy Migrante' posters will be on display throughout Mexico from January 2016. It is also receiving the support of Facebook in Germany, who have donated online advertising space to the campaign. There is still an appetite out there for positive imagery and stories around migration.

It's essential for migrants’ stories to be heard and shared without judgement. If we don't stand up and challenge people's misconceptions and actively dispel myths, we risk creating an environment where discrimination and hate crime will flourish.

Laura Foley is the communication and campaigns officer for JCWI