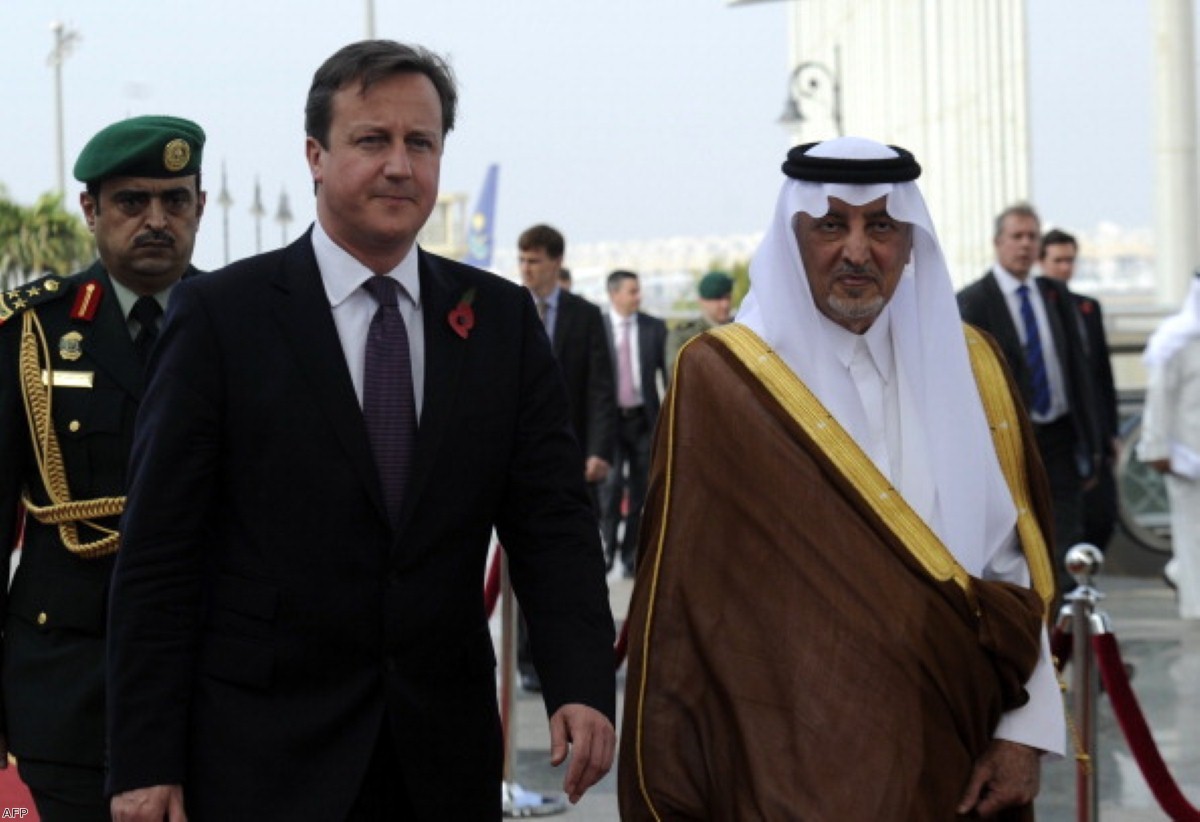 Was it a Paxman/Howard moment? Maybe not, but Jon Snow’s questioning of David Cameron on Channel 4 News last week was extremely revealing nevertheless.

Directly asked – at least five consecutive times – about why in 2013 there had been a secret arrangement between the UK and Saudi Arabia to usher Saudi Arabia onto the United Nations Human Rights Council, Mr Cameron would not answer. Instead, the prime minister spoke in general terms about the "relationship" between his government and King Salman’s.

It was a revealing moment. Presumably expecting questions about the high-profile case of Ali al-Nimr, the young Saudi protester facing execution in Saudi Arabia, the PM seemed less than comfortable discussing what appears to have been a backroom diplomatic deal with one of the UK’s closest – and most controversial – international partners.

Why on earth does the UK do this kind of thing? Championing the human rights credentials of a country that hasn’t the slightest resemblance to a modern democracy seems a very strange bit of diplomatic manoeuvring.

Cameron’s main riposte to Jon Snow was to talk of apparently life-saving “intelligence” that he claimed the UK receives from our counterparts in the Saudi Kingdom. As we’re not given any information to back it up, it's impossible to evaluate the prime minister’s claim, though one should always bear in mind that Saudi Arabia has a long history of allowing torture in interrogations. Any plot-foiling “evidence” relayed to MI6 from Riyadh or Jeddah is as likely as not to have been extracted from torture and therefore to be as unreliable as all such evidence is.

But a bigger question remains: why should claims about intelligence-sharing mean that a deal over Saudi Arabia’s membership of an important UN body might ever have been justified?

With Michael Gove’s Justice Ministry still pressing ahead with a highly controversial commercial arrangement to provide UK prisons expertise to the Saudi authorities, with an apparently similar "memorandum of understanding", and with Foreign Office ministers like Tobias Ellwood showing far too little concern over fears that Saudi Arabia may be using UK-supplied weapons that are killing thousands of civilians in Yemen, it is clear the UK-Saudi relationship is intertwined in some extremely disturbing ways.

On Yemen, what Andrew Mitchell calls the UK’s "self-negating" attitude – allowing Saudi Arabia's often indiscriminate aerial bombing across its southern border to stand in for a more active and constructive approach from Downing Street – is a ruinous one. And the UK's lack of interest in possible Saudi war crimes in places like Sa'da is shocking and infinitely depressing.

Meanwhile, Ali-al-Nimr is far from the only person facing execution in one of Saudi Arabia's "chop chop" squares this year, In fact, at least 134 people have already been judicially killed (mostly by beheading) in the country during 2015 – an average of one person every two days. Needless to say, many of these – probably the majority – will not have had fair trials. And of course, with torture bedevilling the Saudi justice system, many of them will have been convicted on the basis of "confessions" beaten out of them.

Mr Cameron may not want to talk about our championing of Saudi Arabia for the UN Human Rights Council or about the utterly shameful human rights record of King Salman’s rich and strategically important country, but he should be made to.