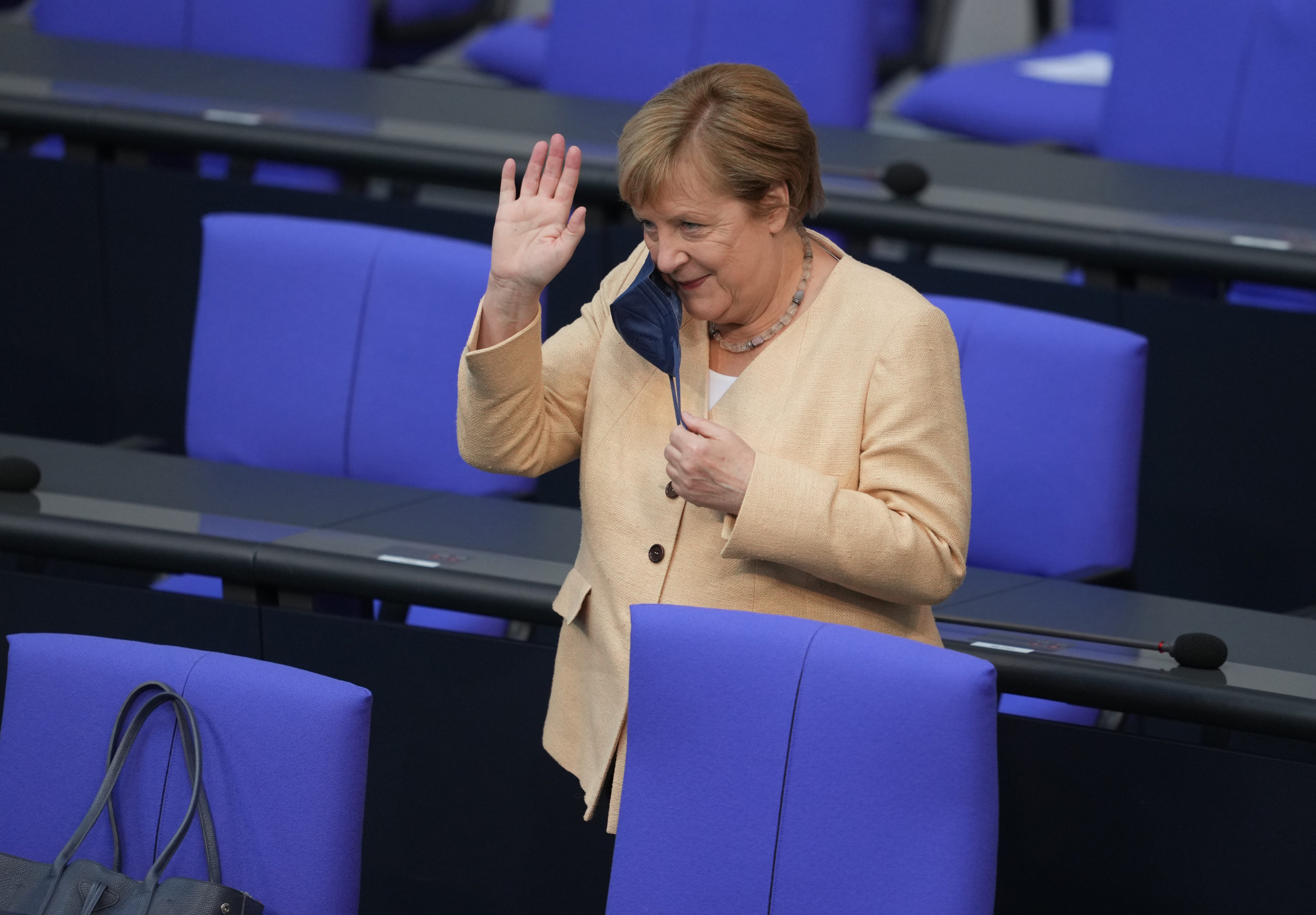 After 16 years as chancellor of Germany, Angela Merkel will be stepping down.

One of the most iconic political figures of her generation, Merkel is one of Germany’s longest ever serving chancellors. To put that in context, her time in charge has coincided with five different UK prime ministers.

“She will leave behind a Germany that is a lot more confident since before she became chancellor,” says German-born Wera Hobhouse, Liberal Democrat MP for Bath.

“As for its place within the European Union and in the world, I think the Germans are satisfied.”

Merkel is best known as someone who creates continuity and alliances, as well as her keen attention to detail. Leading through a turbulent period, she navigated Germany through the 2008 financial crash, the refugee crisis, Brexit and covid.

In 2011, Merkel pledged that Germany would take over a million refugees during the Syrian crisis. One of her stand out policies, it dwarfed the number taken by other European countries.

“I think the courage to let just under a million Syrians into Germany, and demonstrating to the international world that actually to be compassionate and allow immigration at a very large scale can be done successfully” says Hobhouse. “It was courageous. It was not easy.”

But some have criticised Merkel for being cautious in her approach as leader, especially on the environment.

“Many of the reforms that needed to take place under her leadership have not taken place, and they’ve arguably left Germany insufficiently prepared for the future,” says Mutjaba Rahman, managing director for Europe at the Eurasia Group.

“Germany’s energy transition, I think, was completely botched. There was an overnight decision to phase out nuclear power. Coal fired turbines are being used much more intensively and will be for longer.”

Yet despite her flaws, Merkel’s impact on European and German politics is undeniable, shown best through those who try to emulate her.

“Vice chancellor Olaf Sholtz, the minister of finance, is styling himself very much as the next Angela Merkel,” says Knaus.

“He made an election poster where he said ‘He can do chancellor’ using the feminine form ‘Kanzlerin’. So basically saying he’s the right one to step into her footsteps.”

“Those who want to win style themselves as the successors of her. You can’t think of a stronger legacy in terms of a model of leadership and success.”