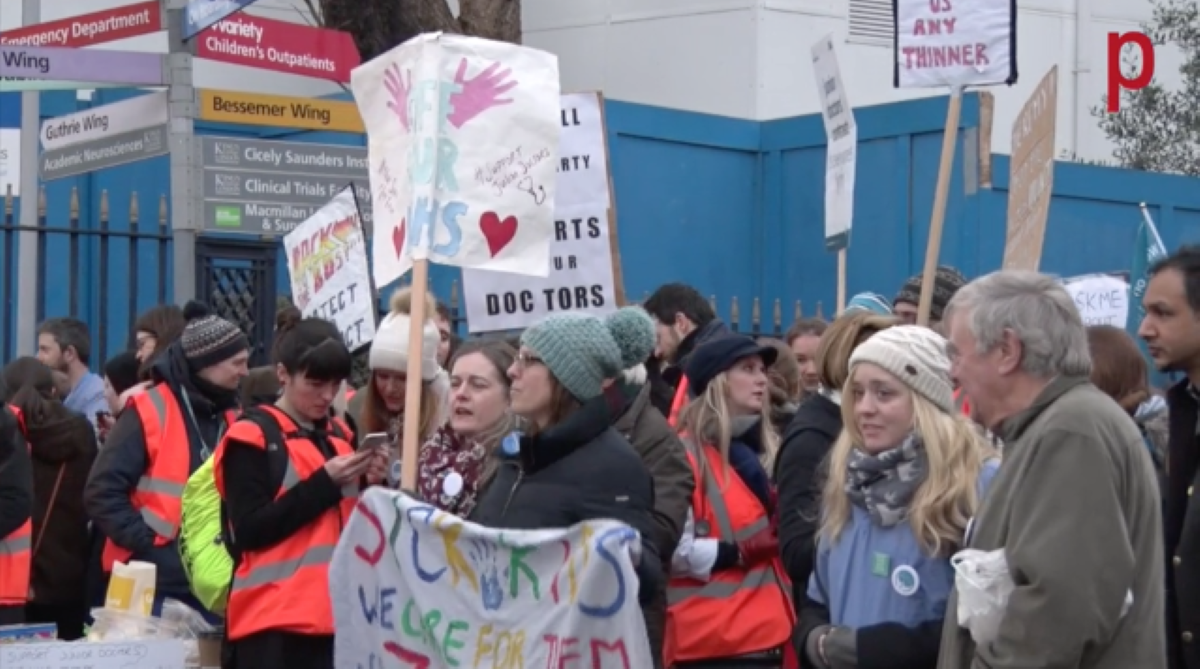 Watch: How tiring is it to be a junior doctor?

Junior doctors across the country staged their second strike in just as many months today, after negotiations about a proposed new contract broke down.

NHS staff say they're worried that the new deal would mean less safeguards on working hours – something they believe would have a direct impact on patient safety.

But just how much do junior doctors work at the moment? And how tiring is it?