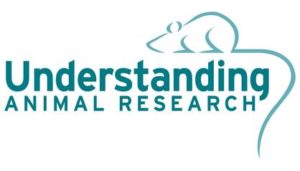 Animal research is widely misunderstood, and myths abound, but detailed information is publicly available. In the UK, cosmetics cannot be tested on animals and animals cannot be used for any research if an alternative can be used instead.

Animals are used in a vast number of ways in the lab alongside non-animal tools like computer programmes, human tissue studies and other in vitro methods.  Placing the way animals are used in categories will always be an oversimplification, but major animal uses include basic research into how biological systems work, genetic breeding experiments, trying out potential medical or veterinary approaches, safety testing, conservation work and more.

As an example, animals were used to discover mRNA vaccines in basic research in the early noughties, then again to develop Covid-specific vaccines from Pfizer and Moderna and finally to conduct safety and efficacy testing on the finished vaccines before clinical trials in humans.

All animal experiments are regulated under the Animals (Scientific Procedures) Act, which requires experiments to undergo ethical review, and governs a Home Office unit that processes licences and inspects researchers and research facilities.

Detailed statistics on experiments are published on gov.uk, including plain-English descriptions of experiments. https://www.gov.uk/business-and-industry/animal-research-and-testing

Animals are used at various points in the drug development process, such as in discovering medical approaches as well as testing hypotheses and, ultimately, testing medicines. In regulatory testing, human drugs are licensed on the basis of tests on humans called clinical trials. However, before the first round of human tests take place, a limited number of animals must be used to try to weed out dangerous compounds in preclinical tests.

Dangerous compounds are common. Some 35-40% of potential drugs fail preclinical testing. Conversely, if a compound is safe in animals, it usually proves to be safe in stage 1 clinical trials. This is not intended to ‘predict’ what will happen if a drug is taken by millions of people but, when combined with data from non-animal methods, is used to justify a compound being tested in a phase 1 human trial.

Finding alternatives to animals in research is a national priority, and the UK is home to a centre for the reduction of animal numbers, refinement of experiments and replacement of animals with new methods.

Once an alternative is validated as fit for purpose, the Home Office will no longer issue a licence for animal work that could be replaced by the alternative The new technology will also be exportable abroad.