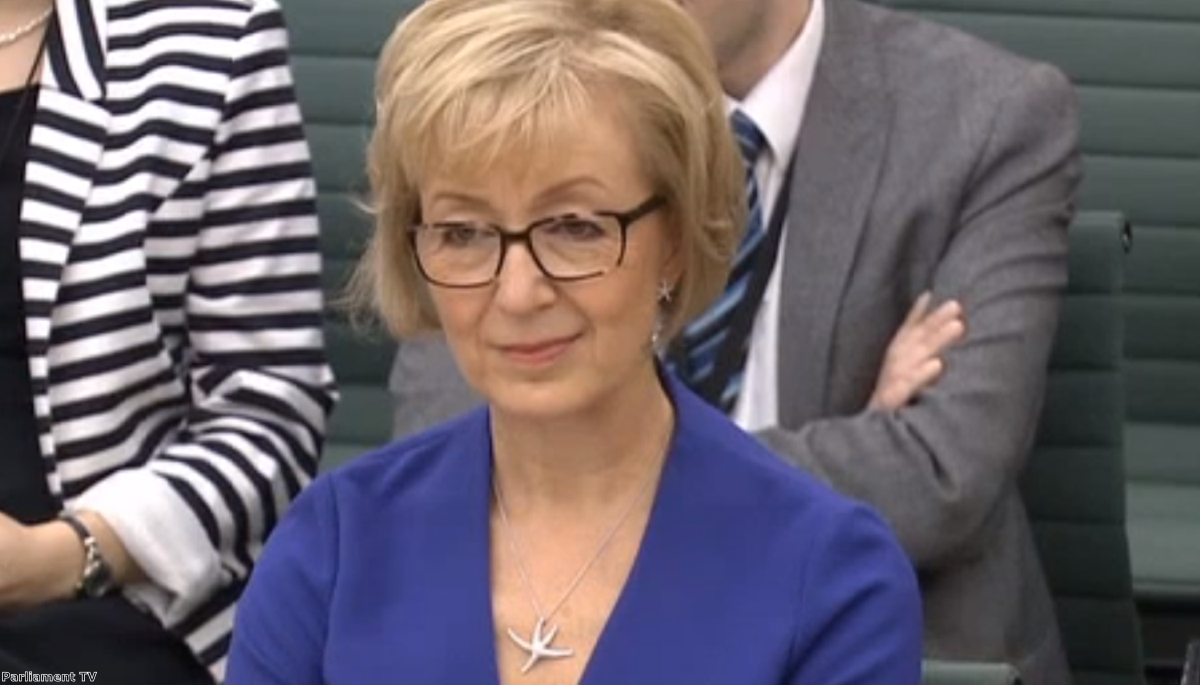 The former cabinet minister Dame Andrea Leadsom has today become the latest Conservative MP to call for the prime minister to resign.

She joins the Conservative MP for Carlisle, John Stevenson, who has also announced today that he has submitted a letter of no confidence in the prime minister. Mr Stevenson’s announcement is less of a surprise.  Earlier in the month he had already told Cumbria Crack that he was ‘very disappointed’ in what had happened in No.10, saying, “I believe we should wait for the full Sue Gray report, and once it has concluded, the Prime Minister should then submit to a confidence vote of Conservative MPs”.

Leadsom and Stevenson now take the number of Conservative MPs calling on the PM to go to 32, a the number that is inching ever closer to the 54 that would be needed to call a vote of no confidence in Mr Johnson.

Behind those publicly calling for the prime minister to go, there are likely to be other MPs who have submitted letters of no confidence without going public.

At the time of Theresa May’s leadership challenge in 2018, just 24 MPs had gone public calling for her to resign, a number that is already below the figure now making the same call in relation to Boris Johnson.

In a letter to her constituents released this morning, Dame Andrea wrote, “The conclusion I have drawn from the Sue Gray report is that there have been unacceptable failings of leadership that cannot be tolerated and are the responsibility of the prime minister.”

Dame Andrea is a brexiter and former Cabinet Minister who supported Boris Johnson in his 2019 leadership bid.

Leadsom has not always enjoyed an easy relationship with the Conservative leader that said.  She came second in the 2017 Conservative leadership contest to Theresa May, with her own leadership bid attributed as being one reason why Mr Johnson pulled out of the 2017 contest.  Her friend and campaign manager in that contest, Tim Loughton MP, has already submitted a letter of no confidence in Mr Johnson.

Leadson is the Conservative MP for South Northamptonshire.  She has previously been part of a Bible study group in Parliament, and has described her pride in her Christian faith.

Although a June vote of no confidence in the prime minister is becoming more likely by the day, it is by no means certain that Mr Johnson will lose the contest.  This remains an important caveat amid the regular drip feed of fresh Conservatives calling on Mr Johnson to resign.

From an analysis of their public comments, there remain good reason to believe that 162 Conservative MPs remain loyal to Mr Johnson, only a small number short of the 180 that he would need for victory in any leadership contest.

It is important to note that the constant drip of new ‘no confidence’ letter writers is all coming from MPs already known to be particularly hostile to Mr Johnson.  As yet there are no public signs of any of the MPs that were known to be supporting Mr Johnson changing their minds.

In one indicator that not everything is one way traffic, this morning Bim Afolami MP (an MP on the left of Conservative party with a marginal seat in Hertfordshire), came out in support of Mr Johnson.  During an interview on TalkTV, Afolami was quite forthright in stating that he would vote for Mr Johnson in any leadership election.

Where some party leaders may historically have considered their position if they narrowly surpassed the victory line, it is thought that Mr Johnson is more likely than most, to continue in post, doing so even if he won a no confidence vote by a small majority.