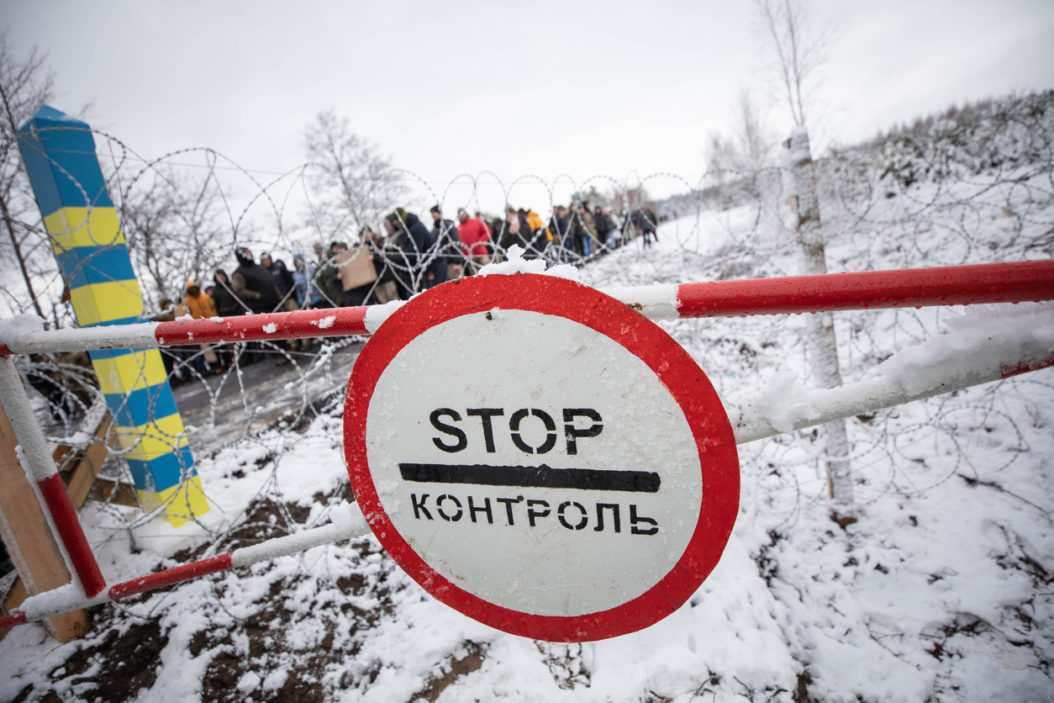 Boris Johnson has refuted reports that the UK will offer a third “humanitarian” route for Ukrainian refugees, contradicting claims made by the home secretary, Priti Patel.

When asked if the UK was considering opening up a third route for Ukrainians fleeing to the UK, the prime minister said the government has provided “two very generous routes already”.

Johnson added: “What we won’t do is have a system where people can come into the UK without any checks or any controls at all.”

On Sunday, the home secretary told the Sun newspaper she was investigating the possibility of opening up a “humanitarian route” for Ukrainian refugees.

Patel said: “This means anyone without ties to the UK fleeing the conflict in Ukraine

will have a right to come to this nation.”

In this morning’s Downing Street lobby briefing, the prime minister’s spokesperson disputed the home secretary’s comments, clarifying the government’s humanitarian route is “the sponsorship route we set out last week” and is “nothing new”.

Under the current arrangements, Ukrainian refugees will be allowed into the UK via a family scheme for people with family already in the country, and the government’s sponsorship scheme.

Downing Street stressed they would keep the situation regarding refugee routes “under review” and that there was no cap on the two current routes into the UK. Number 10 say as many as 200,000 people could be eligible to settle in the UK.

Number 10 also revealed that around 10,000 refugee applications have been made so far since the scheme opened on Friday.

Number 10 refused to confirm how many Ukrainian refugees had been accepted into the UK, amid reports the number was as little as 50. Asked if the 50 The prime minister “I’m not sure those numbers are right”.

Downing Street said the government is “surging staff” to assist with the new influx of applications.

Over 1.5 million people are thought to have fled Ukraine since the Russian invasion 12 days ago.