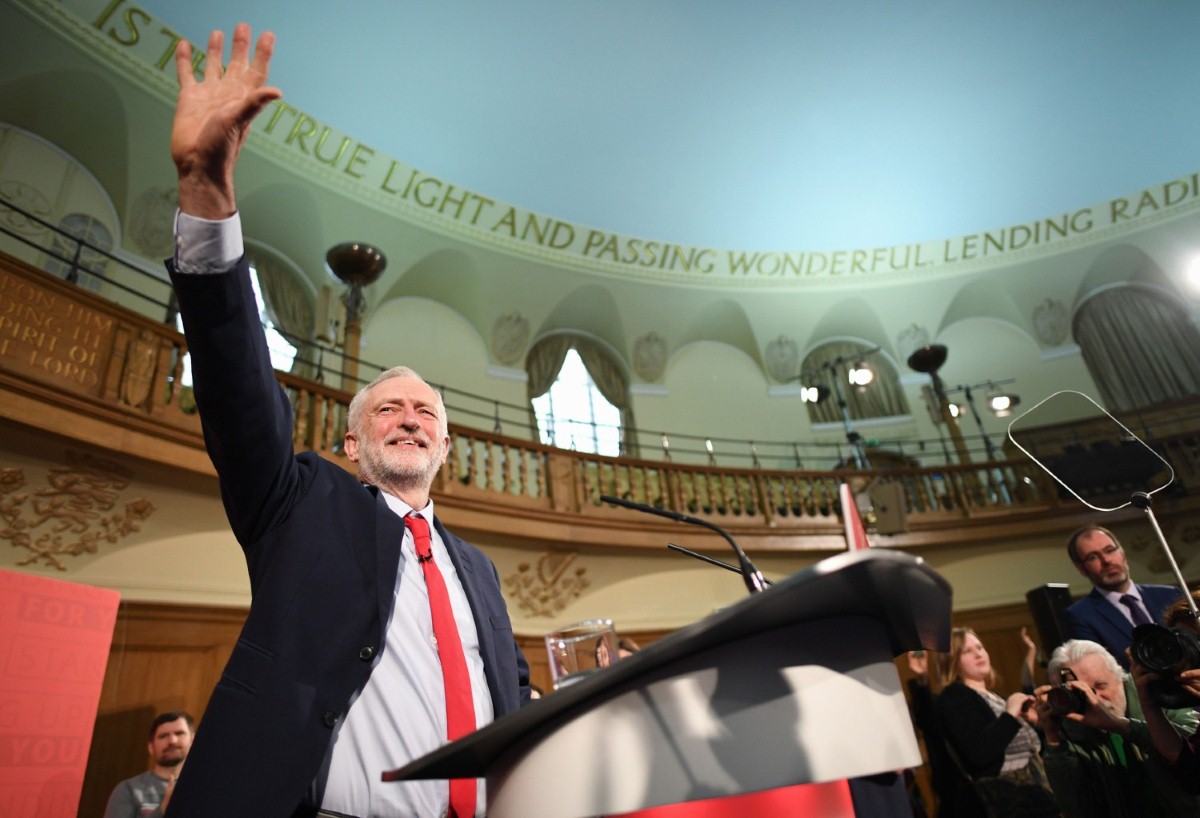 Corbyn opens door to wealth taxes with attack on elites

Jeremy Corbyn launched Labour's general election campaign this morning with an impassioned attack on the "establishment" and a focus on wealth inequality.

Speaking in London, he framed the election as "the Conservatives, the party of privilege and the richest, versus the Labour Party… It's the establishment versus the people. It's our historic duty to make sure the people prevail."

He also repeatedly attacked the distribution of wealth in Britain, pursuing a line that suggests Labour's manifesto may seek to tax the accumulated wealth of landowners rather than simply their income. Wealth taxes would mark a significant shift in the nature of taxation in Britain.

High profile corporate leaders came under fire as Corbyn sought to put faces and names to the elites in society.

"If I were Southern Rail or if I were Philip Green, I'd be worried about a Labour government. If I were Mike Ashley or the CEO of a tax avoiding multinational corporation, I'd want to see a Tory victory. Why? Because those are the people who are monopolising the wealth that should be shared by each and every one of us in the whole country.

"It is wealth that should belong to the majority and not the tiny minority… The British people know that they are the true wealth creators, held back by a system rigged for the wealth extractors."

Corbyn recently said the party was considering a Land Value Tax (LVT) to replace business rates, which caused problems for the government this year when small businesses in London and the South East found they would be hit by sharp increases in tax.

An LVT would hit landowners rather than tenants, based on the value of land rather than the income drawn from it. Andy Burnham has previously given his backing to the policy, while many left-wing economists argue that taxing wealth is required in order to reduce inequality.

In keeping with reports that he would adopt a "populist" strategy against entrenched elites, Corbyn said he would not "play by the rules" and promised a fairer and more equal economy, adopting a passionate style similar to Jean-Luc Melenchon, the French left wing radical who is mounting a strong surprise challenge in the presidential election.

He insisted that Labour could win the election, despite their difficulties in the polls.

"Much of the media and the establishment are saying this election is a foregone conclusion. They think there are rules in politics which if you don't follow by doffing your cap to the powerful people, accepting that things can't really change, then you can't win.

"But of course, they don't want us to win. Because when we win, it's the people not the powerful who win."

He also railed against Conservative spending cuts to frontline services. "The Conservatives, drunk on a failed ideology, are hell bent on cutting every public service they can get their hands on. And they will use all the divide and rule tactics of the Lynton Crosby trade to keep their rigged system intact."