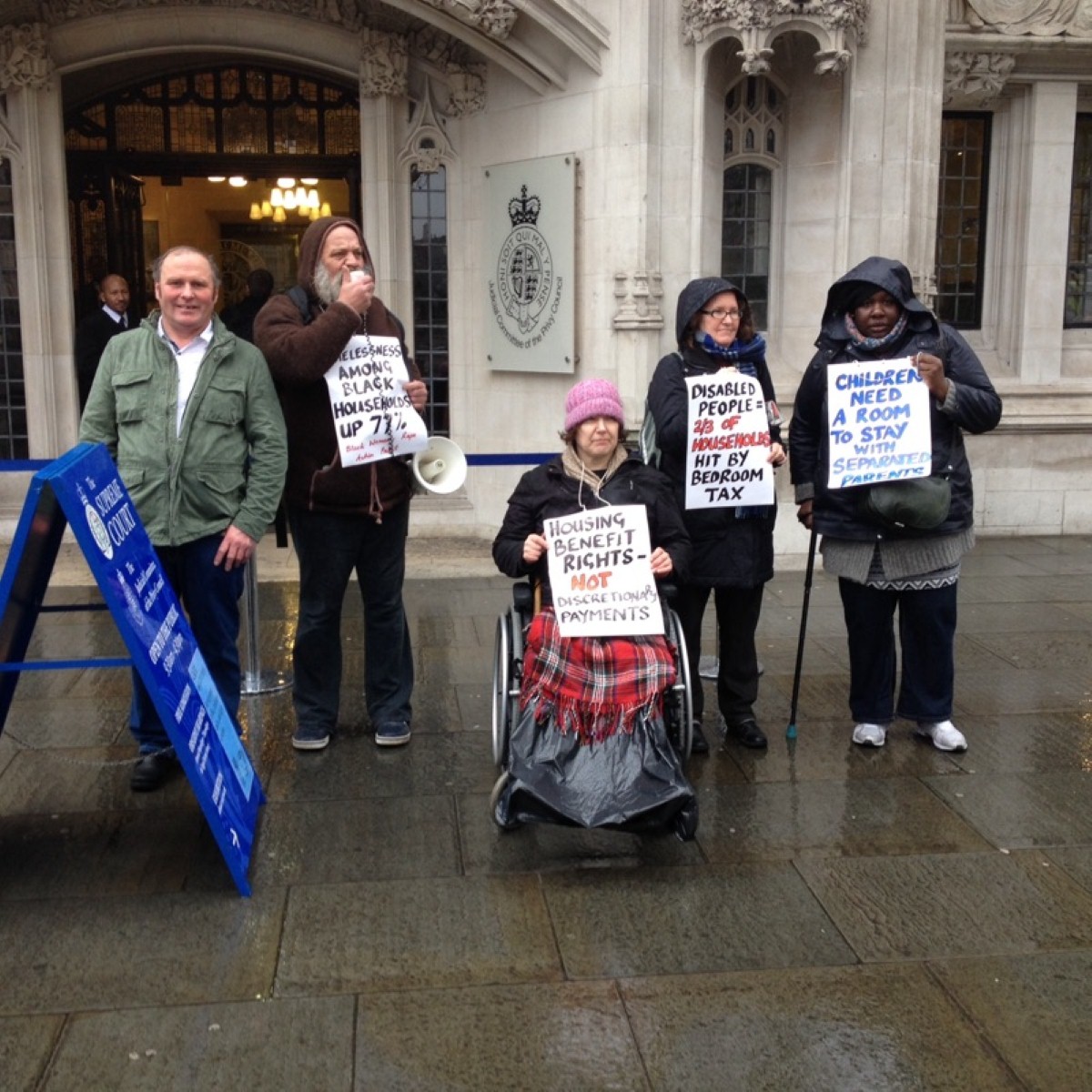 Government defeated at the Supreme Court over bedroom tax

The government has been dealt a major blow this morning after the Supreme Court found in favour of two families who claimed the bedroom tax is discriminatory.

In March, five families took their cases to the UK's highest court to challenge the government over the controversial policy. They argued that it discriminates against people who need an additional bedroom because of a disability.

The case also involved a challenge by the government against a decision made by the Court of Appeal in favour of the family of a disabled teenager and a victim of domestic violence, who also claimed that the policy was discriminatory.

Today's judgement ruled in favour of one of five families, making a distinction between those who have a direct medical need for an additional bedroom and those who do not.

The government also lost its appeal in the case of the Rutherfords, who take care of their disabled grandchild and require an additional bedroom for an overnight carer.

But there were cries of "shame" from the court as it was announced that the government had won its appeal against a victim of domestic violence who requires a safe room.

Speaking to Politics.co.uk immediately after the ruling, one of the successful families spoke of their mixed feelings about the judgement.

"We're absolutely over the moon about our case but we're sad for the others who were unsuccessful," Jayson Carmichael, who is a full-time carer for his wife Charlotte, said.

Charlotte has spina bifida and uses a wheelchair. The equipment she needs means that the couple have to sleep in separate rooms. When the bedroom tax was introduced they saw their housing benefit slashed.

The couple said that the long legal battle has taken its toll.

"It's been really tough. The government has ignored the many calls for the policy to be scrapped," Carmichael said. "We just hope our case will now help others"

"It is welcome that the court found in our favour in five out of the seven cases. The court also agreed with our view that discretionary housing payments are generally an appropriate and lawful way to provide assistance to those who need extra help. In the two specific cases where the court did not find in our favour, we will take steps to ensure we comply with the judgement in due course.

"In most cases, local authorities are best placed to understand the needs of their residents, which is why we will have given them over £1 billion by the end of this parliament for discretionary housing payments to ensure that people in difficult situations don’t lose out."