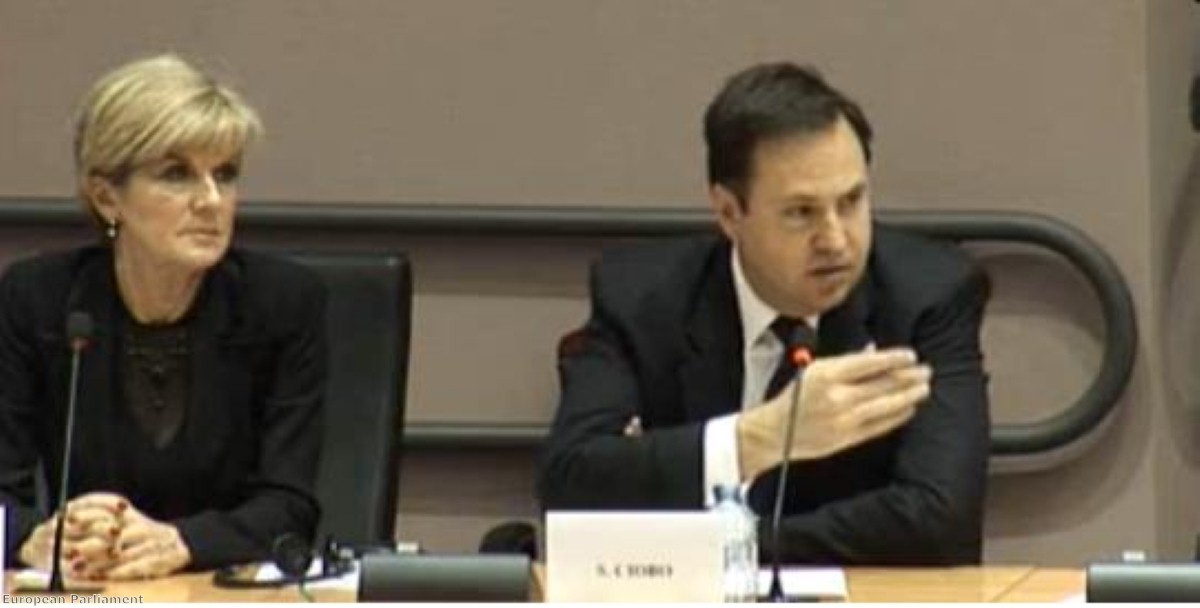 Australia's historical relationship with the UK is now one of  "yesteryear," the country's trade minister told the European Parliament today, as he stressed that doing a free trade deal with the EU was now a greater priority for Australia than doing one with post-Brexit UK.

"I see the European Union FTA [free trade agreement] as certainly commencing formal negotiations well and truly prior to anything that might happen with the UK," Steve Ciobo told MEPs this morning.

He added that: "The UK and Australia of course do have a historical relationship, but it’s in many respects a relationship of yesteryear."

Ciobo, who met for talks with trade secretary Liam Fox earlier this week, said any negotiations with the UK could only begin once Brexit had been completed.

"[We are not] in a position to negotiate a UK-Australia agreement until such time as that exit occurs.

"Liam Fox himself acknowledged that same point. At a minimum I would have thought that is at least two and half a years away."

He suggested that Australia's main priority was now doing a free trade deal with the EU.

"Our discussions with the European Union are much more advanced and much more mature in relation to our approach to FTAs [Free trade agreements]," he told MEPs.

He added that while "scoping" talks about an Australian-UK deal would take place before then, they would not be on the same level as those taking place with the EU.

"Yes there will be an official working group, to look at scoping some of these things, but to parallel that scoping exercise with the much more formal scoping exercise that the EU and Australia have undertaken I think would be a mistake. This is a much more advanced discussion that we've been having with the EU."

Ciobo's comments were taken as a vindication for those calling for the UK to remain in the single market.

“The economic reality is that even our closest trading partners will prioritise talks with the EU, the biggest market in the world, over the UK.

“Pulling out of Europe’s single market would mean years of damaging uncertainty, job losses and investment. How do you tell businesses to wait years to know what the rules of trade will be?"