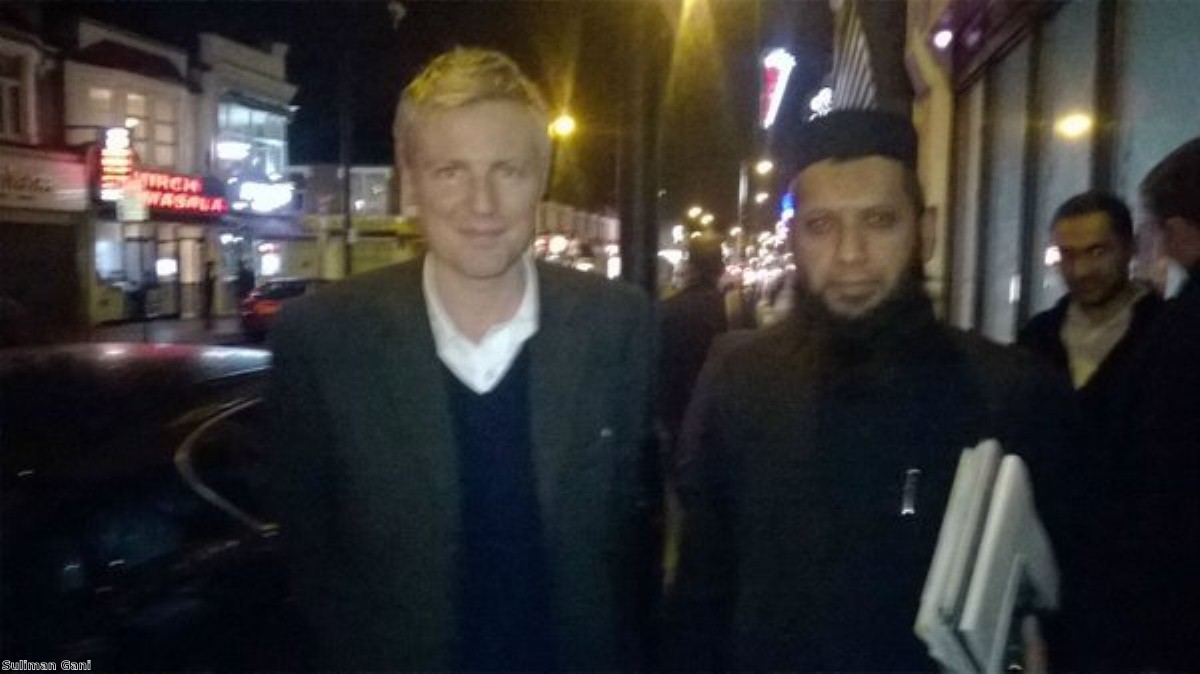 The candidate selected by the Conservatives to fight the upcoming Tooting by-election, sought help from a man branded an extremist by the prime minister.

They claimed that Khan's association with Gani meant that he didn't have the right judgement to be mayor. Goldsmith went as far as labelling Gani "one of the most repellent figures in this country."

However, it later emerged that Gani was a Conservative supporter who had fallen out with Khan over his support for gay marriage. Gani was subsequently asked for help by the Conservatives' Tooting candidate Dan Watkins in recruiting fellow Muslims to become councillors.

In one text message, Watkins told Gani: "I hope you are well too. I have an event for the local Islamic community arranged in Tooting for evening of Thursday 12th Nov. It is to encourage more Muslims to become councillors. Do you think you could come and invite local people you know too?"

In a separate email to Gani he wrote: "It was nice to hear from you this week. Attached below is the leaflet for my event to encourage more of our local muslim community to stand as councillors. Would you be able to attend? If you can bring some of your congregation as well that would be fantastic."

Goldsmith also attended the event in question and took a selfie with Gani outside the event. Watkins and several other leading Conservative politicians have also been photographed with Gani.

Despite these links, the prime minister subsequently used two appearances at prime minister's questions to attack Khan for sharing a platform with Gani, who he falsely labelled a supporter of IS. Both Cameron and Fallon have since apologised to Gani after he instigated legal action.

At the time, Cameron, Goldsmith and Fallon all suggested that Khan's association with Gani meant that he didn't have the right judgement to be mayor.

However, the Conservatives last night announced that they had reselected Dan Watkins to be the Conservative candidate in the race to succeed Khan as Tooting MP, despite his prior association with Gani.

Watkins is a well known and popular figure in the area. When he stood against Khan in the general election last year, the Labour candidate beat him by just 2824 votes. This compares to Khan's margin over Goldsmith earlier this month in Tooting of more than 4000 votes, on a much lower turnout.

"I have worked hard as an active campaigner and volunteer to champion all of the things I know make Tooting great – its diversity, its community spirit, its small businesses, its outdoor spaces," Watkins said in a statement.