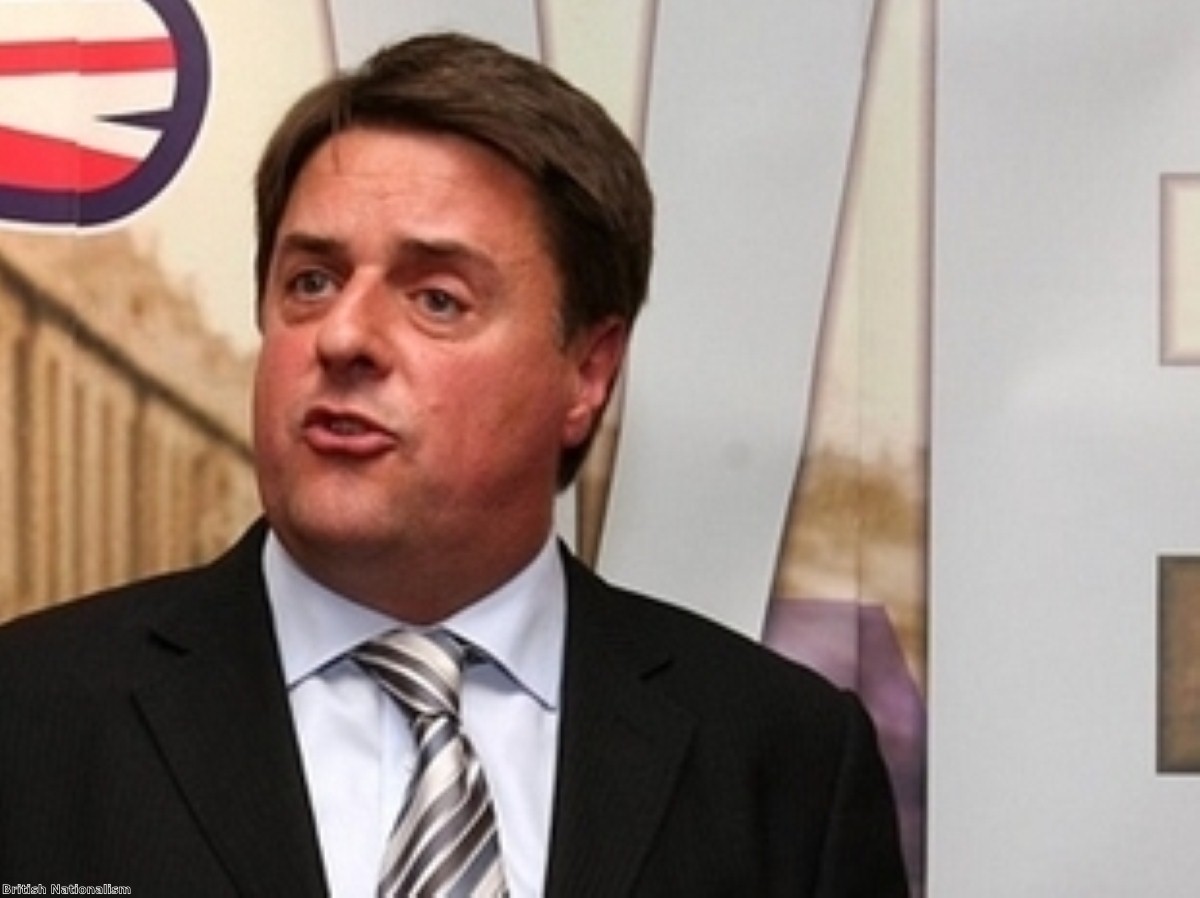 Nick Griffin has been forced out as leader of the BNP following a disastrous set of elections earlier this year.

Griffin was ousted at a meeting of the BNP national executive on Saturday, after the party lost all of their MEPs and all but two of their councillors in this year's local elections.

He will be replaced as party chairman by disgraced former teacher Adam Walker.

Walker received a suspended sentence and a driving ban last year after chasing down three boys aged between ten and twelve in his car, before slashing their bike tyres with a knife.

His initial two-year ban from teaching was extended to a lifetime ban by former education secretary Michael Gove.

Walker's appointment marks the end of any attempts by the BNP to pose as a non-racist party.

He has previously described Britain as a "multicultural shithole" which is under the process of "ethnic cleansing" and warned that the country faces many more Lee Rigby-style executions perpetrated by "tribal African" people.

A spokesperson today confirmed that Walker was the new leader of the party.

"Recently appointed deputy chairman, Adam Walker, has accepted the role of acting chairman of the British National Party after Nick Griffin stepped aside at a meeting of the BNP National Executive held on 19th July, 2014," a party spokesperson said.

"The full National Executive are united in their support for Adam in this role."

The announcement marks the end of a terrible period for Griffin, who was declared bankrupt earlier this year.

In a statement he said he would remain active within the party.

"Rest assured that I am most definitely staying with the British National Party as an active member, and I will be there to offer Adam advice and support as and when he needs it as I take up my role of BNP President on the Party’s governing Executive Council.

"The decision was mine and mine alone, though it involved a lengthy and constructive discussion between the entire collective leadership."