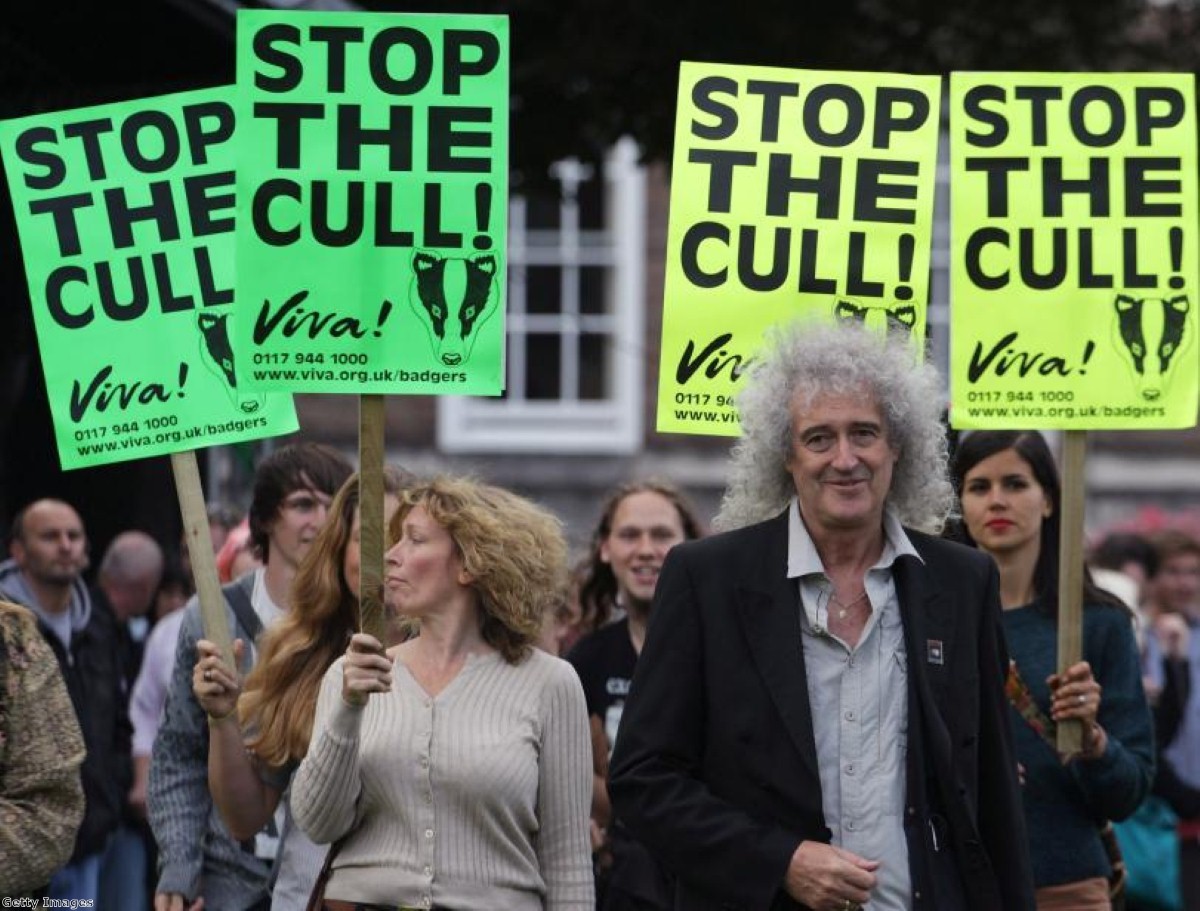 New environment secretary Liz Truss has made clear she intends to continue culling badgers, in a move swiftly lamented as "very disappointing" by the opposition.

In her first session at the despatch box 48 hours after joining the Cabinet, Truss said she had decided to progress with the government's two culling pilots this autumn after speaking with the Department for the Environment, Food and Rural Affairs' (Defra) scientific adviser.

She told MPs: "We must use every tool in our toolbox to address this threat to our beef and dairy industries."

Her comments could disappoint Queen guitarist Brian May, who had declared his willingness to end the "polarisation" of the debate over the badger cull following Truss' appointment.

May, who splits his time between animal rights campaigning and being a rock legend, has been a figurehead for opponents of the government's controversial badger cull pilots.

But in a post on his blog he made clear he wants to start afresh with Truss, who was promoted to the Cabinet as environment secretary by David Cameron on Tuesday.

"It would be great if we can all take this opportunity to make an entirely new start," May wrote.

"Uniting both sides of the badger dispute, to work together, is the only hope of defeating our common enemy: bovine TB.

"For the sake of all parties concerned – farmers, cattle, wildlife, and the public interest – I believe it's time to bury the hatchet, and step away from the conflict."

May is spending some of his earnings – recently boosted by a Queen tour of the United States – on funding a badger and cattle vaccination scheme, which it is hoped could end the need for culling altogether.

He added: "I believe the most positive first step of a new minister of the environment would be to end the squandering of the taxpayer's money on the current hopeless botch of a badger cull, and invest instead in the BACVI – the first real positive step towards eradication of the disease."

The National Farmers Union said it backs the vaccination option for the 'edge areas' of Britain where bovine TB is not endemic for badgers.

But it said the cattle vaccine was not yet established and remained about ten years away from being viable.

And it claimed the level of TB is too high for vaccination to have any meaningful impact.

A source said it continued to back "wildlife control" across the endemic area, which covers the south-west of England, the West Midlands and some parts of Cheshire and the East Midlands.