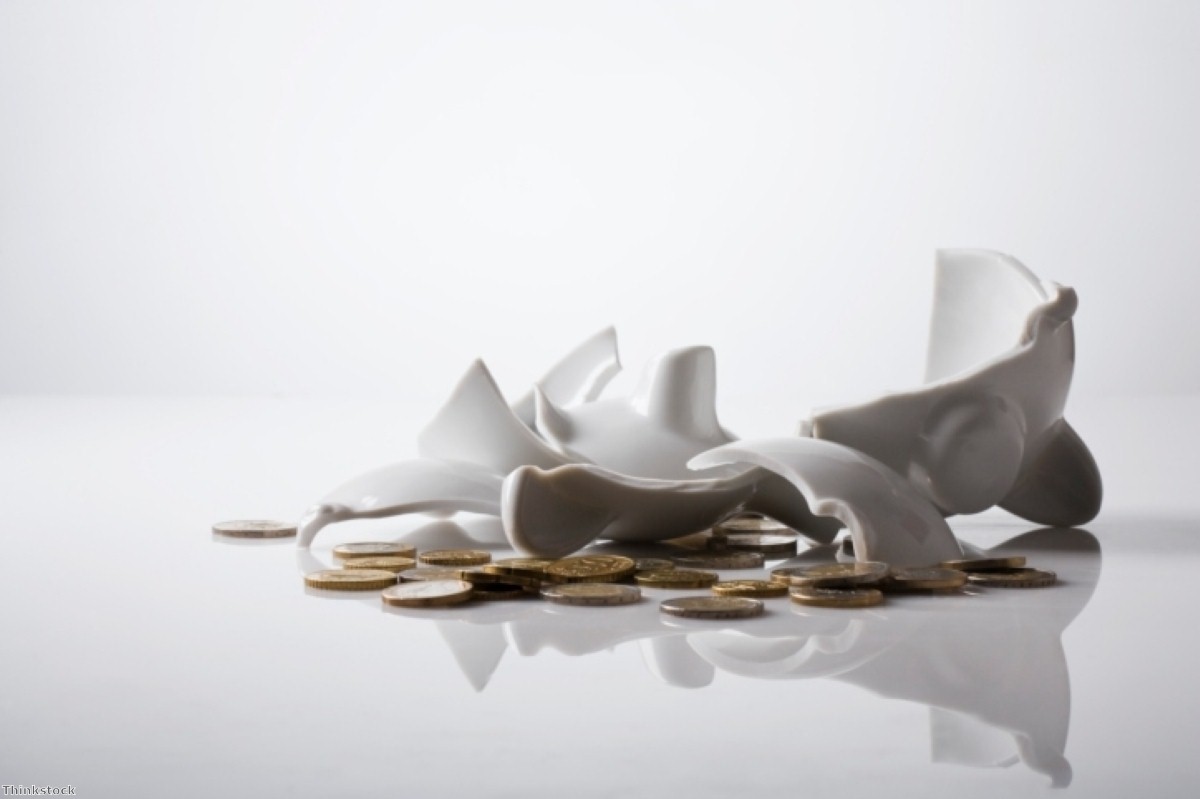 HMRC’s raid on your bank account: MPs warn of ‘judge and jury’ powers

New government powers to take money directly from the bank accounts of people who are considered to have paid too little tax have been attacked by an influential group of MPs.

The plans, first reported by Politics.co.uk, were in the fine print of the Budget last March, but were largely ignored at the time.

"Some taxpayers may find money taken from their accounts that later should be paid back. That would be unacceptable."

The ability to extract funds directly from someone's account is similar to the approach adpoted by pay day lenders, who have been criticised for taking often huge sums from customers' bank accounts to satisfy their high interest rates.

The government says safeguards have been built into the HMRC power. It would only target those with long-term debt, come after four seperate demands for payment, and will always leave £5,000 across all the debtor's accounts. It will also give the debtor 14 days to pay the money before extracting it.

But those wary of the plan have highlighted another measure in the Budget document, which allows HMRC to pre-emptively take funds in expectation of a later legal victory.

Under the new powers, HMRC can take the money it feels it is owed if there is a query about whether a tax saving scheme is illegal. HMRC then keeps the money during the legal dispute and gives it back with interest if it loses the case.

The policy will apply retrospectively to some of the 65,000 outstanding tax avoidance cases.

Tyrie said the Treasury committee had "deep reservations" about the policy.

"Retrospection runs counter to the committee's principles of tax policy," he added.

"In particular, it undermines certainty. Retrospection should be considered only in wholly exceptional circumstances.

"Retrospection puts policy on a slippery path to arbitrary taxation, discouraging investment and innovation and creating the scope for great unfairness."

MPs said the two powers combined suggested HMRC would now be able to act like judge and jury, with checks and balances on its powers removed. No court order is needed to sieze cash from someone's account, for instance.

"The proposal to grant HMRC the power to recover money directly from taxpayers’ bank accounts is of considerable concern to the committee," the report found.

"It could develop into a return to Crown preference by stealth.

"Giving HMRC this power without some form of prior independent oversight—for example by a new ombudsman or tribunal, or through the courts—would be wholly unacceptable."

Campaigners want assurances about the right to appeal against the orders.

The government has argued for the measure by comparing it to child maintenance payments, where HMRC can also take money directly from people's accounts.

MPs argued that this was a false comparison, because in child maintenance situatuons the Department of Work and Pensions is acting as an intermediary between two individuals. In this case, HMRC is acting "in pursuit of its own objectives".

Government sources have also tried to justify the use of pre-emptive payments as making tax evasion equivalent to income tax – something paid first and questioned later.

But critics say that mischaracterises what is a legal dispute, in which the government is effectively pre-empting the outcome in expectation of a positive result.

MPs warned that the chances of the government extracting funds from the wrong people were high, given its track record.

"This policy is highly dependent on HMRC's ability accurately to determine which taxpayers owe money and what amounts they owe, an ability not always demonstrated in the past," the report said.

"Incorrectly collecting money will result in serious detriment to taxpayers. The government must consider safeguards, in addition to those set out in the consultation document, to ensure that HMRC cannot act erroneously with impunity.

"These might include the award of damages in addition to compensation, and disciplinary action in cases of abuse of the power."

The plans are currently in a consultation process, but will come into law in 2015/16 if approved by parliament.