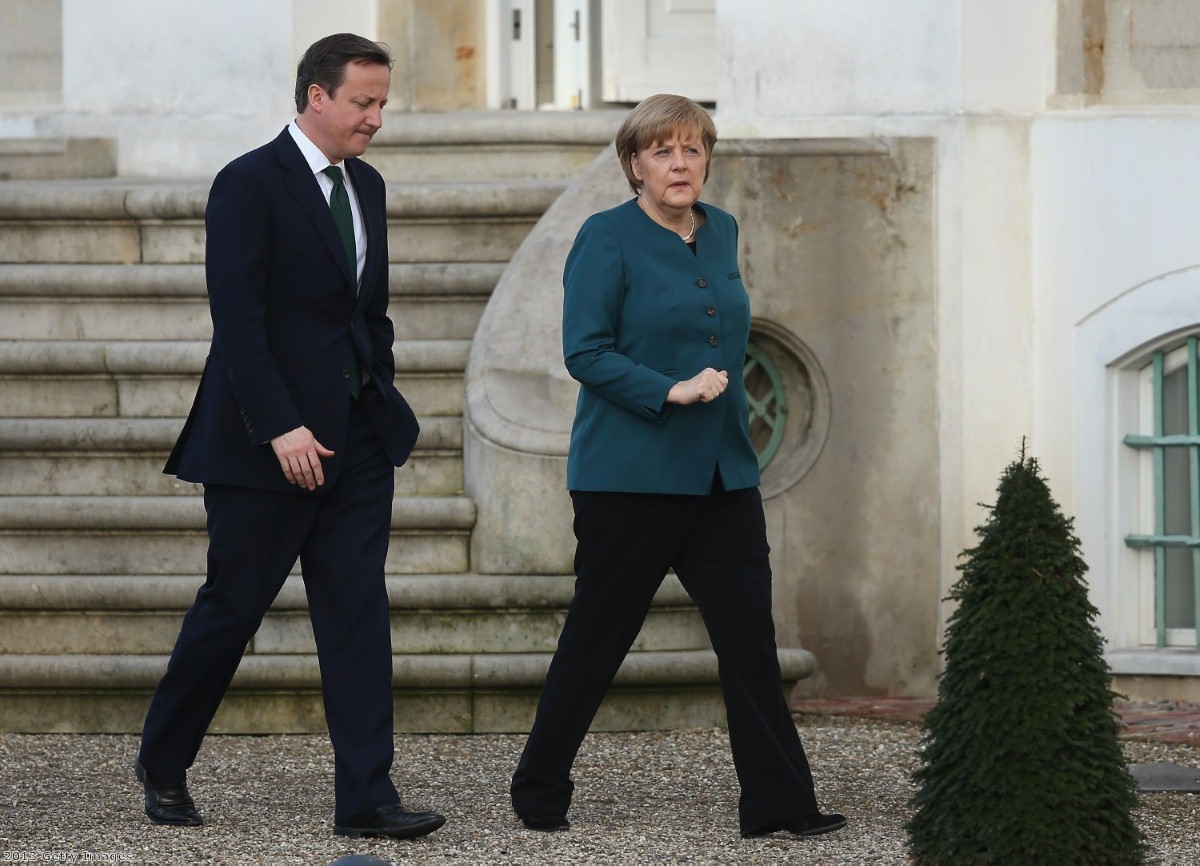 Speaking to both Houses of Parliament, Merkel said she was not willing to pave the way for any significant change in the EU's architecture.

"I have been told many times during the last few days that there are very special expectations of my speech here today."

"Supposedly, or so I have heard, some expect my speech to pave the way for a fundamental reform of the European architecture that will satisfy all kinds of alleged or actual Britsih wishes.

"I am afraid they are in for a disappointment."

Complaining about the expectations placed upon her in advance of the speech, she said she had been "caught between the devil and the deep blue sea," adding that "lt is not a pleasant position to be in".

She accepted that the relationship between the EU and member countries did need to be "renewed" but did not back any renegotiation of the EU's founding treaties.

In a further blow to Cameron, Merkel repeated her opposition to placing any restrictions on the free movement of workers within the EU.

Her comments come as new migration statistics revealed a big increase in EU immigration into the UK last year.

Merkel suggested that she meay be willing to hand some concessions to British demands, in order to prevent our exit from the EU.

"Others are… hoping that I will deliver the clear and simple message here in London that the rest of Europe is not prepared to pay almost any price to keep Britain in the European Union," she addded.

"I am afraid these hopes will be dashed too."

Cameron had pinned his hopes on Merkel's backing for a renegotiation of the EU's founding treaties, in advance of a referendum on the UK's membership.

The prime minister is committed to holding an EU referendum in 2017, but only after a successful renegotiation.

Merkel is thought to be unwilling to offer any concessions, especially as any renegotiation would depend on the result of the UK general election next year.

Merkel's resistance to treaty changes is likely to infuriate Cameron's backbenchers, most of whom are committed to a fundamental change in Britain's relationship with the EU.

In a sign of shifting alliances, Merkel was also expected to meet with Labour leader Ed Miliband today.

Miliband has so far resisted pressure from members of his party to commit to holding a referendum if he becomes prime minister next year.

Merkel's visit comes as a new poll reveals that the German chancellor is now rated more favourably by British people than our own prime minister.

Forty-one per cent of people told YouGov that Angela Merkel is a better politician than David Cameron, with just 10% saying the same of the prime minister.

Public opinion on Germany also appears to have changed dramatically over the years.

Fifty-nine per cent said they have a positive view of the country with 67% saying the history of conflict between the two countries does not affect their current views.