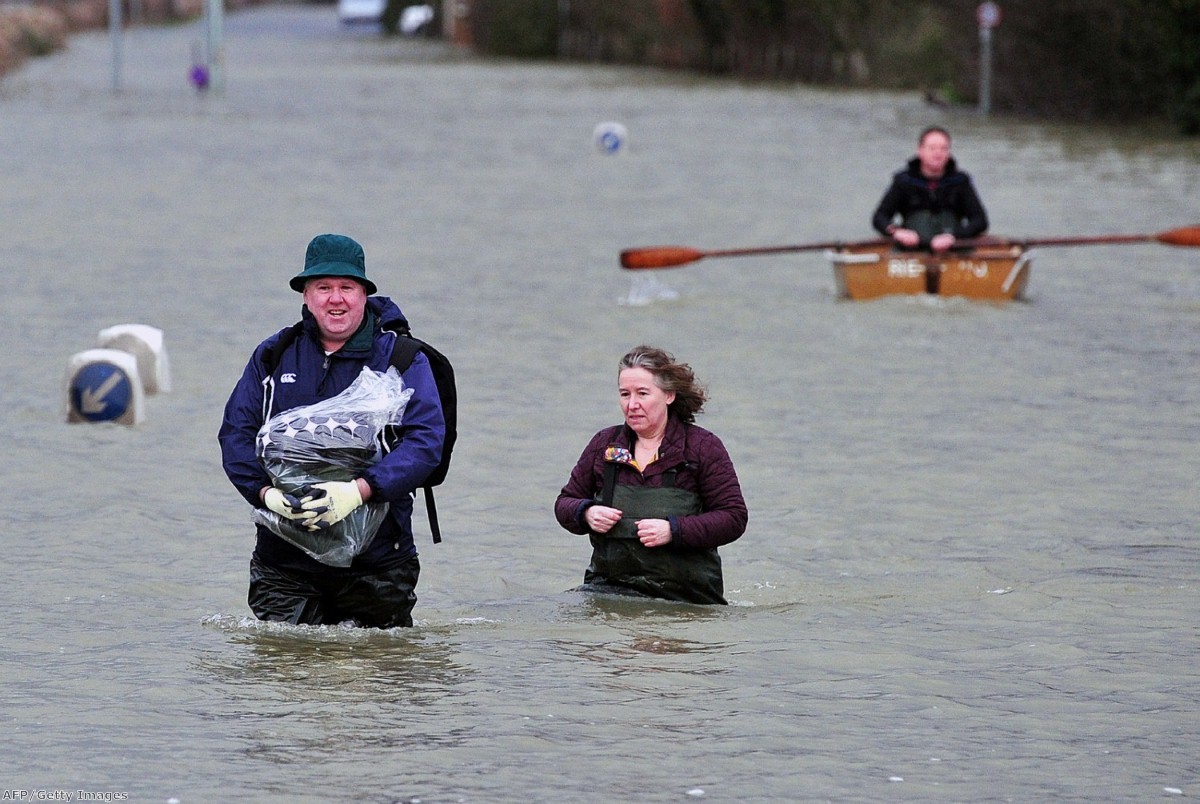 The environment secretary faced calls for his resignation today, as Green campaigners warned that a climate change sceptic should not be left at Cabinet level during extreme weather conditions.

Caroline Lucas, parliament's only Green MP, said the flooding showed Britain urgently needed an environment secretary who was prepared to tackle the effects of climate change.

"Environment secretary Owen Patterson should no longer be in his post. His contempt for climate science is well known," she wrote in an article for Politics.co.uk.

"It is absurd to leave someone in charge of a department whose role is to protect the country from a growing climate crisis who himself believes that 'people get very emotional about this subject, and I think we should just accept that the climate has been changing for centuries'.

"If we're to have an integrated and credible national strategy to deal with the flooding crisis, we must start by having someone in charge who is prepared to acknowledge the reality of the growing climate threat that we face."

Lucas was drowned out by Tory jeers during PMQs yesterday when she called for any Cabinet member who did not take "an evidence-based approach to the increasing reality of climate change" to be removed from their post.

She is demanding the prime minister reverse cuts to the Environment Agency budget, invest in flood defences and factor in climate change projections to the future cost of extreme weather.

"Nature is giving us a wake-up call," she said.

"December was the sixth wettest December in the UK since records began in 1910.  2012 was the UK's second wettest year on record and cost the economy £600 million.  Parts of England have just experienced the wettest January since records began.

"Politicians often talk solemnly about the importance of long-term decisions for our future, and that of our children.  Their response to climate change is the best test of whether they mean it."

The flooding has strengthened the hand of green campaigners who argue Britain is now facing the consequences of climate change.

"From the Right, fringes of the Conservative party and Ukip are parroting the arguments of the most discredited climate change deniers, seizing on any anomaly in the climate data to attempt to discredit the whole," he said.

Labour leader Ed Miliband said it was wrong to "attribute any one event to climate change" but warned that there would be "more flooding, more storms" in the future

David Cameron has said he "very much suspects" the flooding is linked to climate change, but Paterson has ruled out that theory.

Speaking on the Today programme this morning, former chancellor Lord Lawson denied there was any link between climate changes and the current extreme weather.

"I don't blame the climate scientists for not knowing. Climate and weather is quite extraordinarily complex and this is a new form of science. All I blame them for is pretending they know when they don't," he said.

"What we want to focus on is what we're going to do. And I think this is a wake-up call. We need to abandon this crazy and costly policy of spending untold millions on littering the countryside with useless wind turbines and solar panels and moving from a sensible energy policy of having cheap and reliable forms of energy to a policy of having unreliable and costly energy. Give up that.

"What we want to focus on is making sure this country is really resilient and robust to whatever nature throws at us whether there's a climate element or not."

Forecasters are warning residents to prepare for even worse weather this weekend, with a month’s worth of rain fall in just 48 hours.

For the first time in two years, the Met Office has issued a 'red' weather alert for high winds, with gusts reaching 108mph.