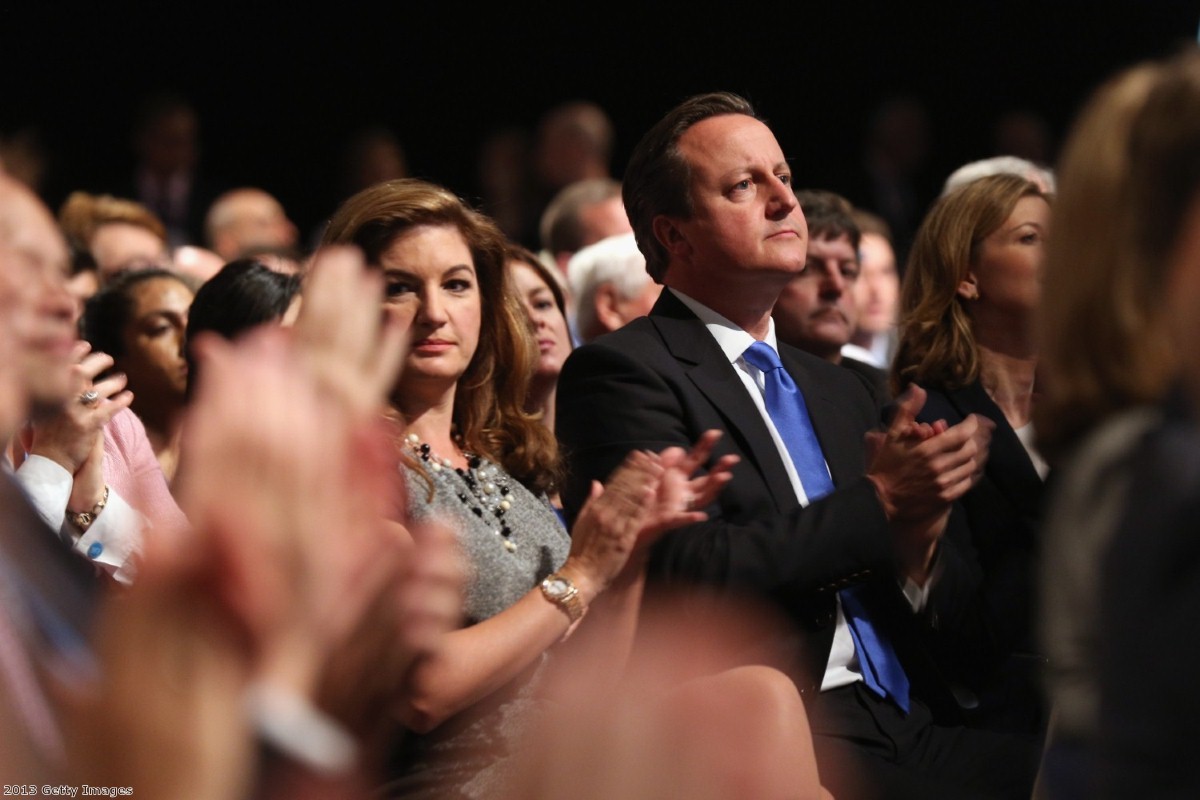 Spending cuts will continue for many more years to come David Cameron said today as he warned that public debt risks pushing Britain "over the brink".

"You are going to have to be responsible in our country for many many more years in to the future", he told the Today programme.

"The last crisis brought us to the brink. If we don't get debt levels down over time, the subsequent crisis could take us over the brink."

The coalition had promised to remove Britain's deficit by the end of this parliament.

However, Cameron today admitted there would be "six or seven more years" of austerity still to come.

"We're talking six or seven more years because that is the scale of the mess we were left," he said.

The prime minister said he had not set out plans for further spending cuts beyond 2018, but repeated George Osborne's pledge to return the budget to surplus by 2020.

"What the chancellor said yesterday doesn't necessarily mean further public spending reductions over and above what we've already announced," he added.

"But you can't when those years are over plan another spending splurge."

Cameron insisted the government would not need to raise taxes in order to balance the budget, however.

"We believe we can do that through spending reductions, not through additional taxes," he said.

Cameron also dismissed Ed Miliband's plans for a freeze on energy bills as a short-term gimmick.

"We all want to see lower energy prices but we want to see them for 20 years, not for 20 months," he said.

However he supported Osborne's plans to freeze fuel duty for the next two years.

The plan, which is expected to cost £750 million, is dependent on agreement from the Liberal Democrats.

The prime minister insisted it would go ahead, however, saying "we will find the money, I am quite convinced we will".

Cameron also supported the potential return of his leadership rival Boris Johnson to parliament. "I will certainly be giving him a warm welcome," he insisted.