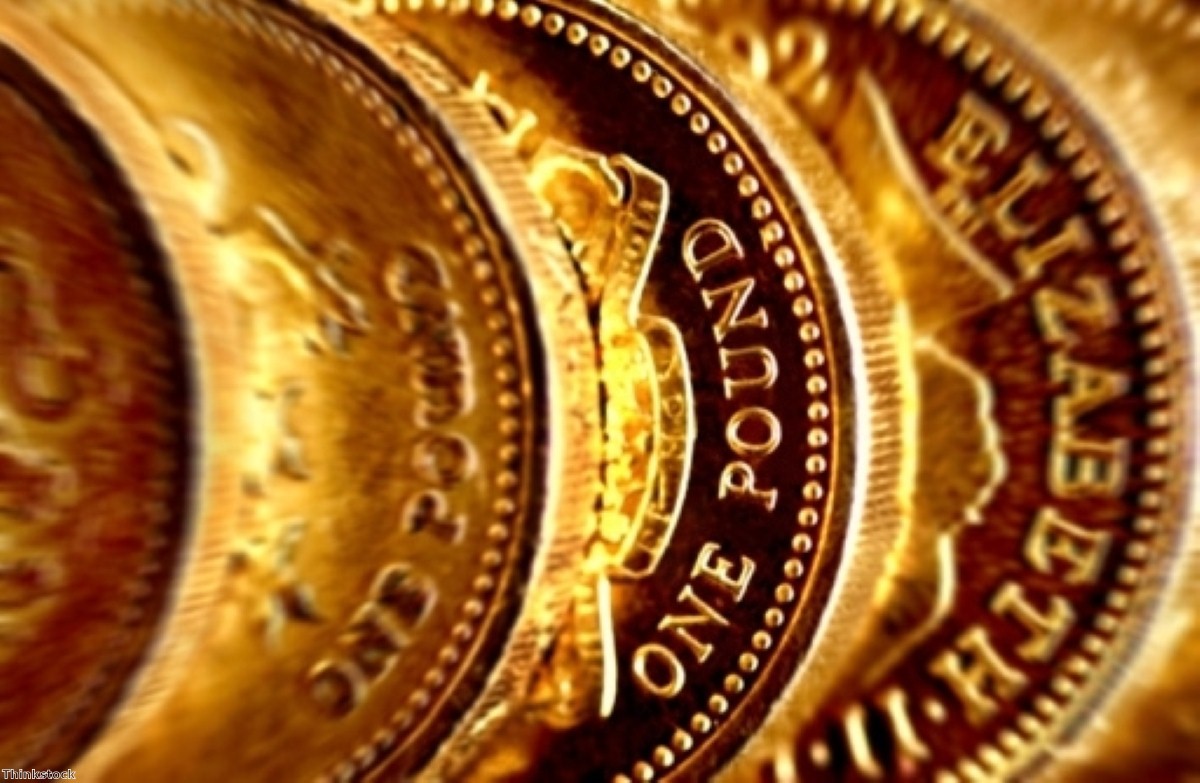 Financial markets are casting judgement on the UK economy's performance this morning, after Britain lost its triple-A credit rating at the weekend.

Moody's decision to downgrade the UK from AAA to AA1 was announced late on Friday evening, giving traders the weekend to consider their response to the news.

The pound slipped to a 17-year low in the currency markets and was down 0.14% against the US dollar by 09:40 GMT. It fell to a 31-month low against the dollar and its worst position for 16 months against the euro.

But most commentators pointed out its slump was part of a much broader decline against the dollar and the euro caused by the UK's ailing economy. The equity markets appeared stable this morning, prompting some commentators to suggest the markets' reaction was: "So what?"

Shares in RBS were slightly up – a significant improvement on the five per cent slip they suffered after Moody's announced its negative outlook for the UK last year.

"The markets have been increasingly pricing in the loss of the UK's AAA rating for some time, so Moody's actual decision to act may actually not have much of an impact," he explained before trading opened.

News of the downgrading is hitting the coalition government hard. It had built the credibility of its economic strategy around preserving the UK's credit rating, prompting Labour to describe the weekend's big development as a "humiliating blow" for the Treasury.

Former Tory chancellor Ken Clarke said George Osborne was right to have said in 2010 the government's economic policy should be judged on its credit rating – before undermining the chancellor's arguments.

"It seemed perfectly sensible to me at the time," he said.

"It would now if it were not for the fact that it is quite clear that the global economic and financial crisis is persisting, it's worse than we thought, several more years are required."

Even normally loyal groups found themselves expressing frustration with the government, as pressure builds on the chancellor ahead of next month's Budget.

"Hope is not a strategy. So far, the implementation of growth measures by the government has been at the pace of coastal erosion.

"Urgent action is needed in the Budget next month to get the economy moving again, and any lacklustre performance will not be acceptable."

Moody's had justified its downgrading on the basis that the "sluggish growth" currently being experienced by the UK economy did not look like it would end before the second half of the current decade.

It noted the "challenges" which "subdued medium-term growth prospects pose to the government's fiscal consolidation programme" and warned the UK's "high and rising debt burden" meant Britain faces "a deterioration in the shock-absorption capacity of the government's balance sheet, which is unlikely to reverse before 2016".

"When this government came to office, the country's triple-A credit rating was on negative watch, which is where it was put by the Labour party," the chancellor told MPs in December 2011.

"I am delighted that it came off negative watch, but we must stay vigilant. The credit rating agencies have said that an abandonment of our deficit plan would definitely lead to a downgrade of the credit rating."