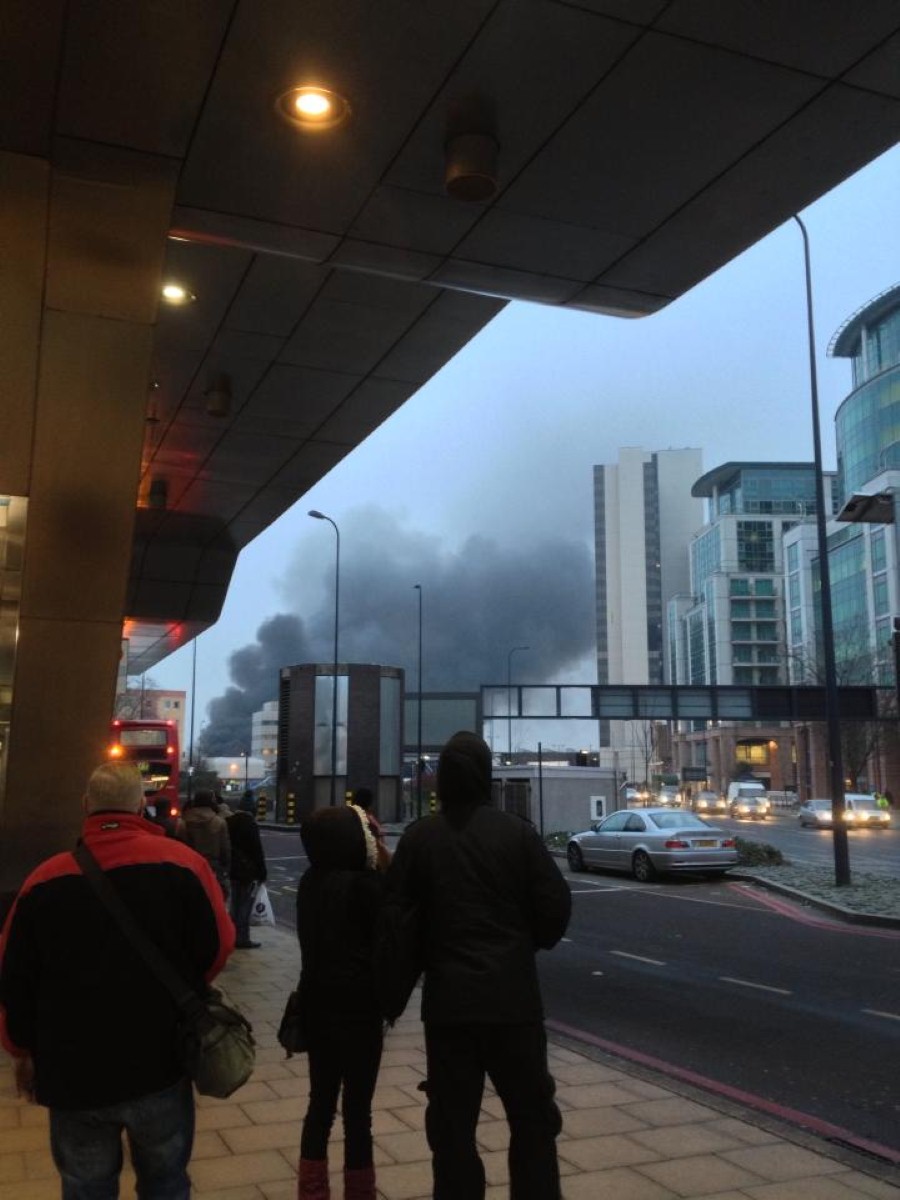 A helicopter crash in Vauxhall has paralysed parts of central London and triggered a massive emergency response.

Several locations close to the scene were evacuated and Vauxhall and Waterloo train stations were closed.

Police said two people were confirmed dead after the crash: the helicopter pilot and a person in close proximity to the building.

The prime minister's spokesman said David Cameron was "very saddened to learn of the fatalities and injuries in today's helicopter crash".

One man was rescued from a burning car and taken to hospital. Nine people suffered injuries, five of which required hospital treatment for minor injuries.

While some trains started operating again shortly after the crash, the roads close to the area were at a standstill.

Vauxhall station has been closed, with trains running but not stopping to pick up or drop off passengers.

"At the moment, the most important thing for the emergency services is try to get London to a state of normality as soon as possible," a Metropolitan police officer told reporters by the late morning.

Witnesses reported a huge explosion after a helicopter clipped a crane at St George's wharf, an unfinished residential building.

Construction workers were on the site when the crash occurred, but none are thought to have been hurt.

Boris Johnson commented: "Clearly  our information is changing from moment to moment and its very early to draw any substantive conclusions."

Dense black smoke could be seen billowing from around Wandsworth and South Lambeth Road, where the helicopter went down.

Twenty-two different fire and rescue services were involved in the initial response.

Reports from the ground suggested it was the biggest emergency response in the capital since the 7/7 bombings.

Firefighters are also attending reports of a crane in a precarious position following the crash.

One senior firefighter told reporters: "The crane is obviously in a precarious position, having had a helicopter hit it."

Buses in the area are subject to diversions.

The air accident investigation branch of the Met is preparing to launch its investigation into the incident. The commercial flight was en route from Surrey to Elstree in north London, but may have been diverted towards the helipad at Battersea because of bad weather. It is not yet clear whether the aviation light on the crane was faulty.