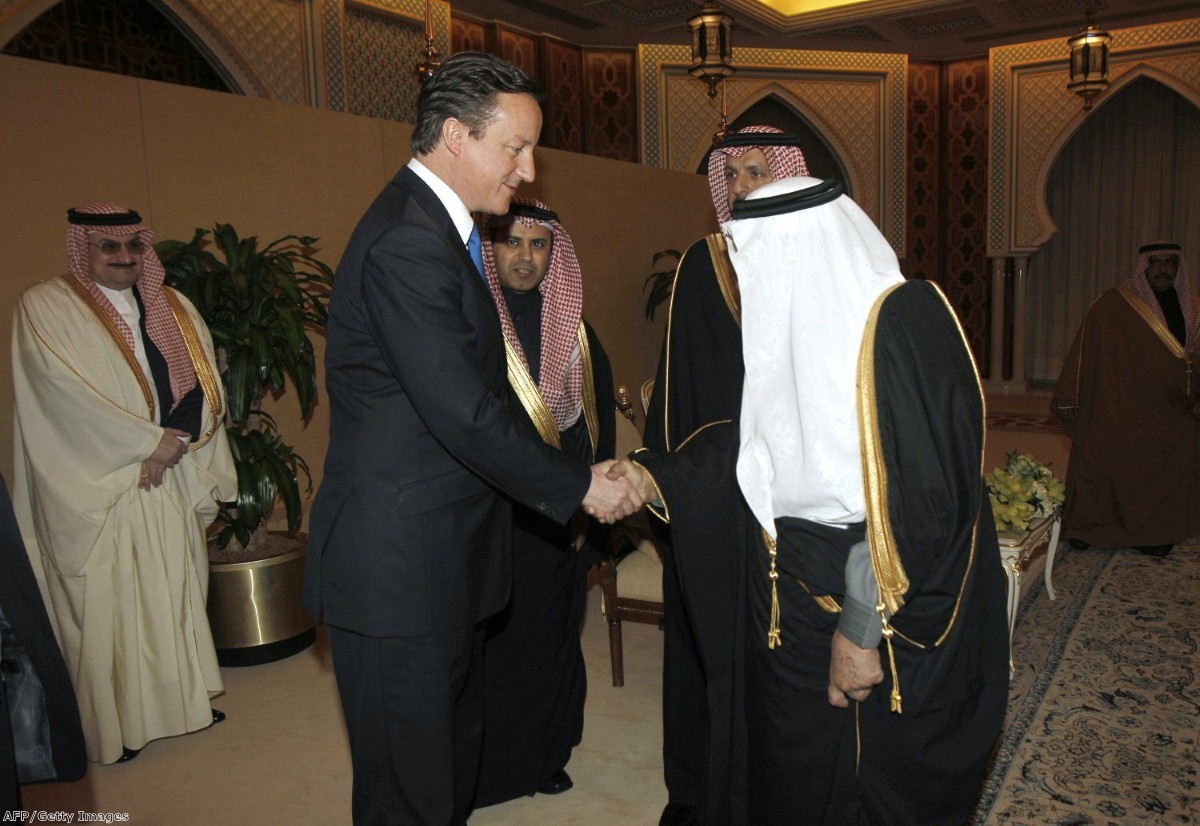 David Cameron is in the Middle East today, angering campaigners who oppose his efforts to sell Typhoon jets to countries with questionable human rights records.

The prime minister hopes to secure a £6 billion boost to Britain's economy with the sale of over 100 aircraft to the region in the next 12 months.

He has already suggested he will strike a balance between pressuring Middle Eastern states criticised for their hostile reactions to the Arab Spring and improving sales prospects for UK aircraft.

"On human rights, there are no no-go areas in this relationship," the prime minister said.

"We discuss all of these things but we also show respect and friendship to a very old ally and partner."

No 10 indicated in this morning's lobby briefing that Cameron's focus is on ensuring that human rights concerns will not undermine the government's efforts to sell arms, however.

"We have a large and important defence industry in this country," the prime minister's spokesperson said in London.

"The prime minister is keen to see that industry prosper."

The Saudis are thought to be interested in ordering a second batch of aircraft after the 72 they have already purchased.

Together with the possibility of UAE backing Typhoon over the French Rafaele alternative, Britain's leading arms manufacturer and the UK government have the opportunity of significantly furthering its bid to cement its developing strategic relationship with Middle Eastern countries.

A recent report by the Commons' foreign affairs committee questioned Britain's arms links with Arab countries including Saudi Arabia, which is marked as a "priority market" for arms exports by the Department for Business, Innovation and Skills – but judged to be a "country of concern" by the Foreign Office's human rights report.

"The prime minister claims that he wishes to support democracy in the Middle East but at the same time sells arms to these authoritarian regimes," the Campaign Against Arms Trade spokesperson Henry McLaughlin said.

"Despite everything that has happened in the last two years, the UK government continues to bolster authoritarian regimes with weapon sales and to spend taxpayers' money on promoting further deals. They don't just approve the arms sales, they promote them."

In one incident in the town of al-Nadir so many members of an extended family were killed that its surviving members had to set up a cemetery for themselves, he claimed.

"More than two years ago we called for the UK government to urgently investigate Saudi Arabia's involvement in this episode and meanwhile suspend any further arms supplies to Saudi Arabia," Hogarth said.

"In the past a large Saudi chequebook has apparently meant it could purchase weapons as well as silence over its own dreadful human rights record. It's time for David Cameron to end this deeply disturbing trade-off."

The government delegation will press on with its work to build business links with the region on a much broader basis this week, extending beyond the 'strategic air defence relationship' between Saudi Arabia and the UK to be discussed by Cameron and the Crown Prince of Abu Dhabi and the UAE's prime minister.

This is the second time Cameron has visited UAE and Saudi Arabia since becoming prime minister – highlighting the importance he attaches to cultivating links with the region, No 10 said.