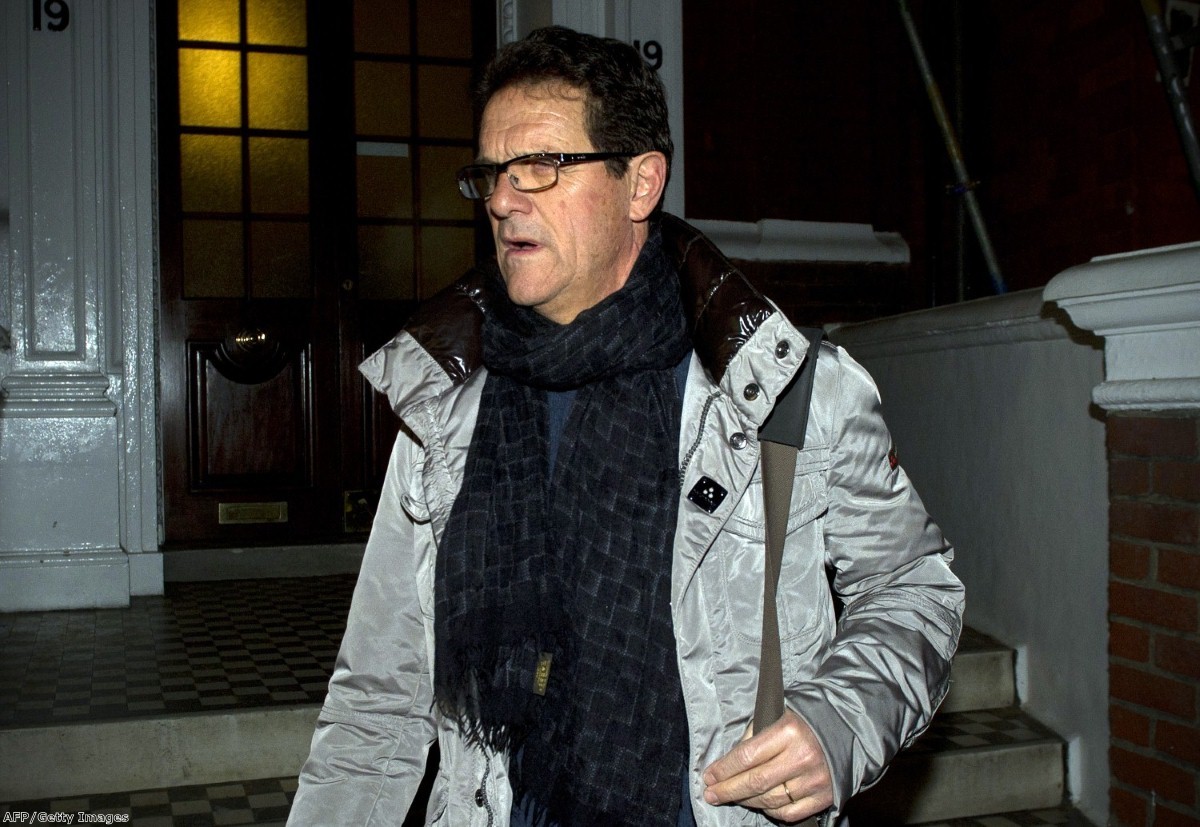 Cameron wades into England football row with criticism of Capello

Fabio Capello was wrong to insist that John Terry should keep the captain's armband after being charged with racial abuse, David Cameron has said.

The comments come after one of the most dramatic days in English football, with Harry Redknapp being cleared of tax evasion charges just hours before the England manager walked out of the job.

The prime minister insisted Mr Capello was "a good coach and good man" but he was critical of his approach to the captaincy.

"I don't think he was right on the John Terry issue," Mr Cameron said.

"You can't be captain with that question mark that needs to be answered.

"England now needs a new coach and a new captain and I hope we can get on with that and make the best of the opportunity this summer."

Mr Cameron refused to comment on Redknapp's prospects, however.

"The day when the prime minister picks the England coach will be a very bad day for football but I am sure we will find someone really good and I am sure that we will play well when the time comes."

The question over Terry's ability to captain the team with an upcoming court case bore startling similarities with former energy secretary Chris Huhne, who discovered he would face charges of conspiring to pervert the course of justice just minutes after the Crown Prosecution Service (CPS) made its announcement concerning the England captain last Friday.

Mr Huhne did not even consider staying in the job and walked out to announce his resignation less than an hour after the CPS announced the charges.

That decision was quickly accepted by Mr Cameron and deputy prime minister Nick Clegg, but Capello took a different view when it came to Terry.

The coach conducted an interview on Italian television on Saturday saying he believed the FA was wrong to strip the England captain of his armband.

He was called to a disciplinary meeting yesterday afternoon during which he quit as England manager.

Redknapp has now been made the firm favourite to replace him, with commentators bowled over by the coincidence of his court case ending favourable so close to Capello's decisive meeting with the Football Association (FA).