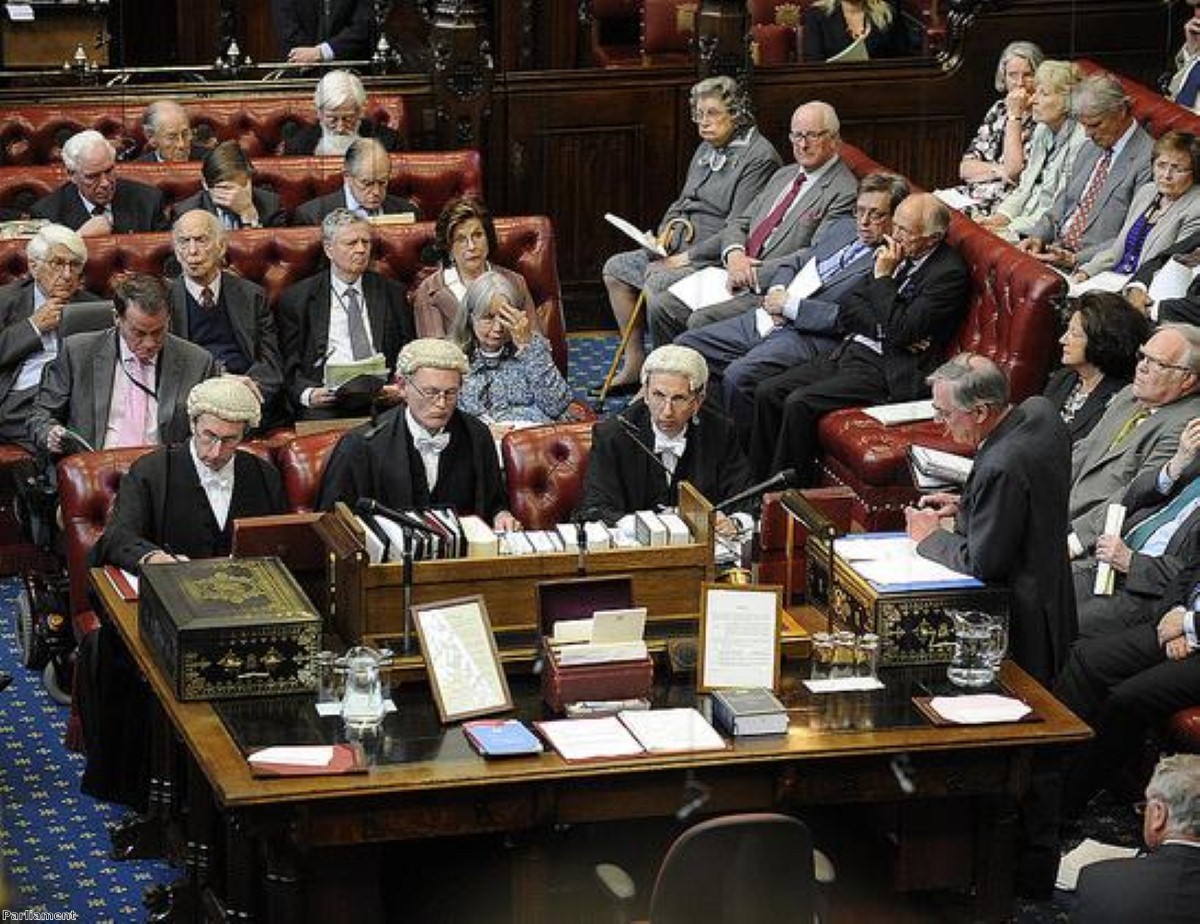 Tory grumblers told to fall in line over Lords reform

Conservative opponents to the coalition's Lords reform plans should end their resistance because the policy was in the party's general election manifesto, Mark Harper has said.

The constitutional reform minister used an interview with politics.co.uk to confront growing disquiet with the proposal on the government's backbenches, both in the Lords and the Commons.

"As I keep reminding Conservative colleagues, reforming the House of Lords was a Conservative manifesto commitment," Mr Harper said.

"We can argue about the detail, but the principle has been accepted by our party as well."

Sources close to the minister pointed to the 2010 British Social Attitudes Survey to demonstrate the issue was unlikely to generate much heat on the doorstep. Only six per cent supported a wholly or mainly appointed House of Lords,

Thirty-one per cent of respondents said all or most of its members should be elected, with 28% saying the balance between appointed and elected members should be roughly equal. Twenty-two per cent called on the Lords to be abolished outright.

Mr Harper said he wanted the upper House, which last night again showed its teeth by handing the government its biggest defeat yet on the welfare reform bill, to make constructive improvements to the reforms without blocking them.

He signalled his determination to push the legislation into law despite anticipated resistance from the Lords.

Mr Harper pledged the government would "use all the tools at our disposal", underlining the coalition's readiness to use the Parliament Act.

"If the House of Commons, which is the elected chamber, passes a piece of legislation that has a significant and cross-party majority and it's about House of Lords reform I really don't think unelected peers should try and block it," he added.

"It's fine for them to work with us to amend it to improve the outcome and for us to listen to their concerns about what has been the best outcome, but I think if the elected House has spoken I don't think the unelected House should try to block that legislation."

Commenting on Mr Harper's interview in politics.co.uk's podcast on Lords reform, she warned that using the Parliament Act as a "threat" to the Lords was a risky tactic.

"By saying they're prepared to use the Parliament Act what the government is doing is signalling very clearly to the House of Commons, and particularly to Conservative backbenchers, if they want this bill dead they have to kill it themselves," she said.

"I think that will act as quite a motivating force for those who are opposed to the reform."

She predicted opponents to Lords reform would be able to target specific aspects of the proposed changes during the bill's committee stage. It is expected to begin its progress through parliament after being unveiled in the Queen's Speech this summer.

Issues like the presence of Church of England bishops in the reformed second chamber, the voting system used to elect its members and the question of whether a referendum is required to legitimise the changes could all prompt single-issue opposition which brings the reforms down, Dr Russell said.

She added: "You could basically take the bill apart piece by piece, so the bill which went to the Lords was very different one to the one which was introduced in the Commons, by which time the government themselves might not be that keen on the bill.

"History teaches us House of Lords reform is very hard to achieve. I'm afraid my money is on this not going through."