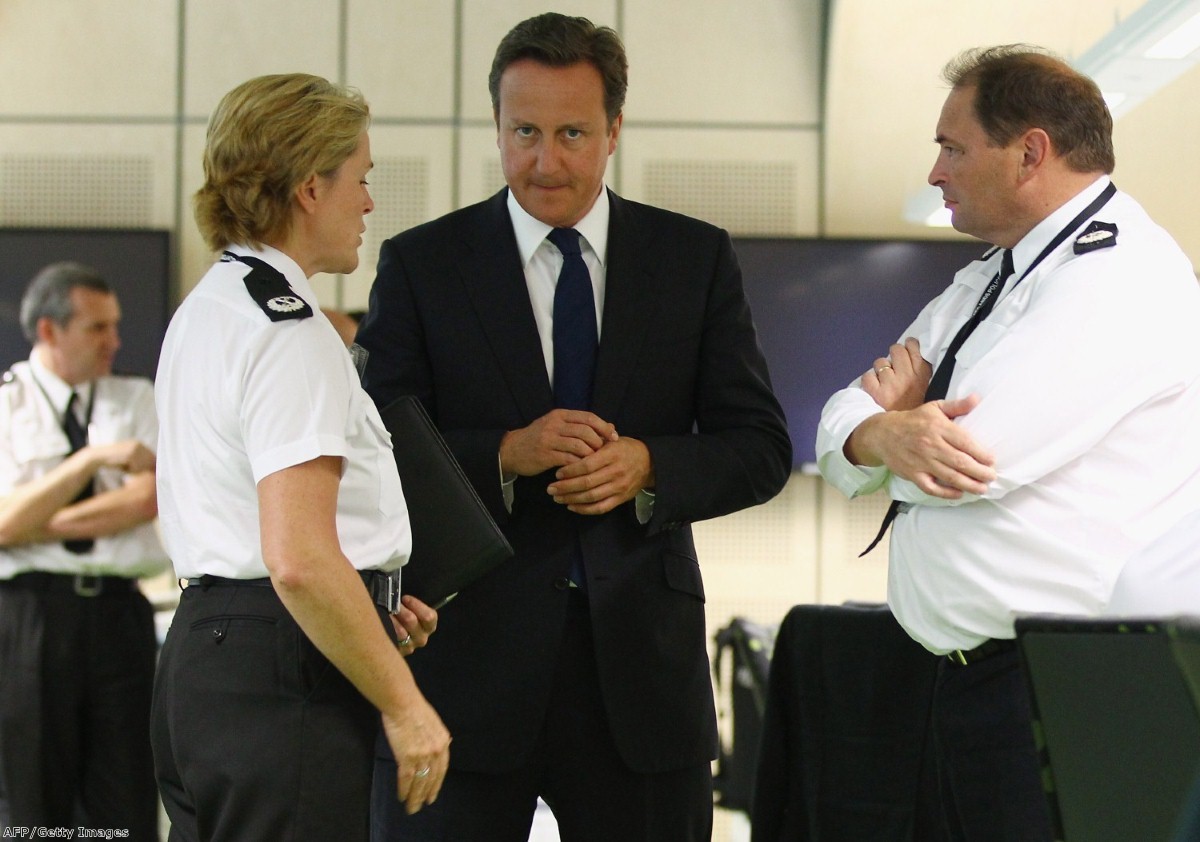 In a sign of increasingly hostile relations between senior politicians and the police, the president of the Association of Chief Police Officers (Acpo) broke ranks to condemn Mr Cameron and Theresa May's response to the riots as "irrelevant".

Ministers who returned from their holiday to attend the emergency Cobra meeting are understood to have been livid about the police's failure to secure the streets on Monday night, when whole swathes of London fell into the control of rioting mobs.

“The fact that politicians chose to come back is an irrelevance in terms of the tactics that were by then developing," Sir Hugh Orde told Newsnight.

Senior officers have also leapt on the riots to launch an attack on government plans to cut police budgets – an attack backed by Conservative London mayor Boris Johnson and Labour.

Meanwhile, there were substantial doubts that the government's social media plans would survive scrutiny.

With Blackberry's instant messaging service and, according to some reports, Twitter, being used by gangs to organise the violence earlier this week, Mr Cameron and Ms May intend to give the government powers to shut down networks for set periods of time.

Experts have warned that the technology will be impossible to control however. Authorities would need every single mobile phone operator and social media firm to cooperate with the plans and a means to prevent blacklisted users creating new accounts.

Other parts of Mr Cameron's package of measures also came in for criticism.

Civil liberties groups started to adopt a more critical tone, despite general satisfaction at the "proportionate" government response to the disorder so far.

Plans to allow future water cannon use within 24 hours also drew the ire of some campaigners, with Green party candidate Jonathan Bartley arguing that they cause unacceptable damage to the human body.

"Likely direct injuries include eye injuries, bruising including to internal organs, brain injuries, and strain injuries," he wrote for politics.co.uk.

In a piece for politics.co.uk, criminologist and sentencing experts Roger Graef warned that the tough penalties being handed down to looters may be counter-productive.

Magistrates have adopted an unapologetically draconian approach to sentences in a bid to discourage any further disorder.

Yesterday, an individual with no previous criminal convictions was handed a six month sentence for stealing £3 of water from a shop during the looting.

Of the 150 cases before magistrates courts so far, the majority of defendants were remanded in custody despite pleaded guilty to relatively minor offences.

Mr Graef said sending many of those who committed crime to prison would only make the problems underlying the rioting worse, however.

"Do we really want impulse looters to become muggers, and muggers to learn how to do heavier crimes?" he wrote.

Mr Cameron was forced to announce a package of measures designed to reassure the public in the Commons yesterday following widespread criticism of his response to the riots.