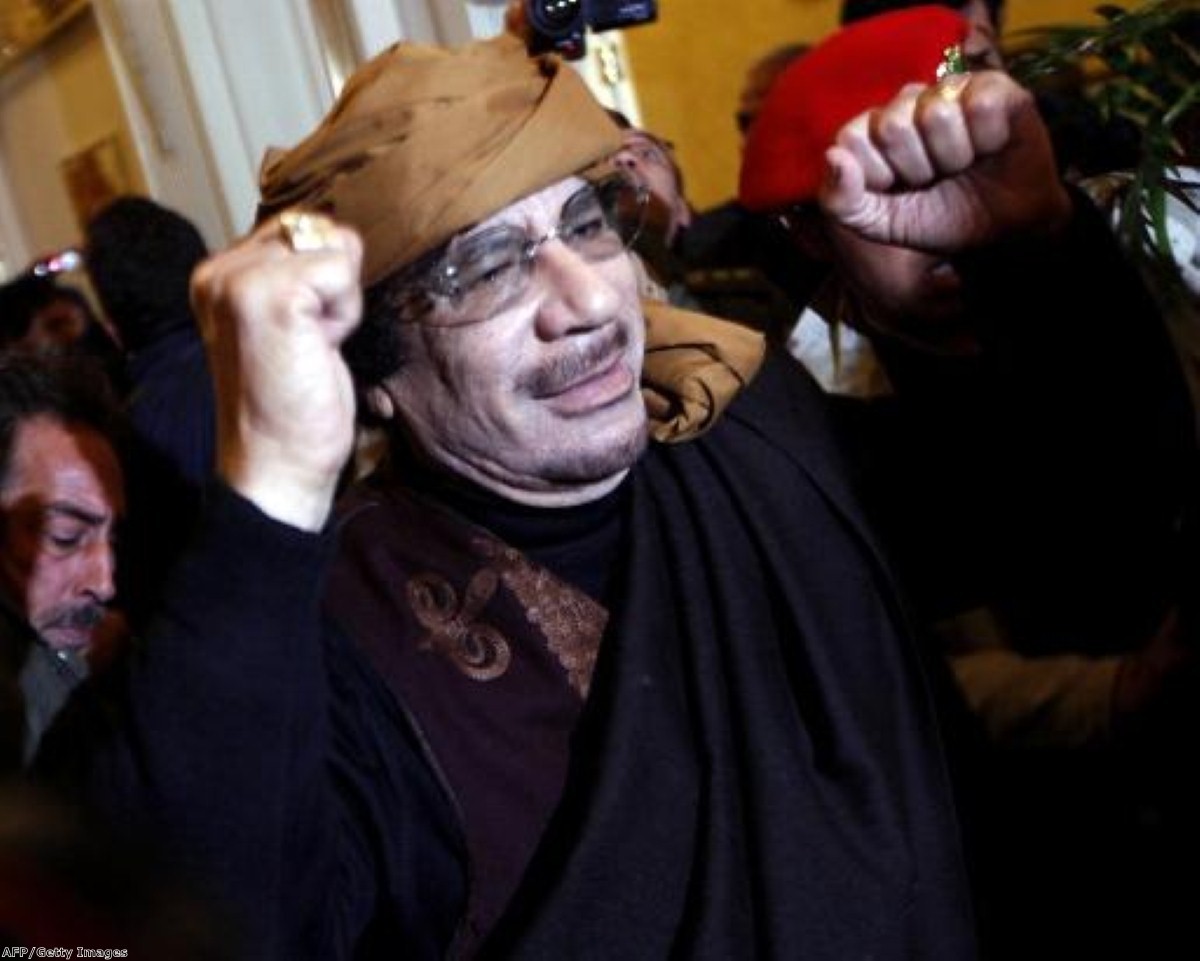 Britain's attempts to oust Muammar Gaddafi from power in Libya are suffering from a "conflict of objectives", a former diplomatic service chief has told politics.co.uk.

Michael Jay, the Foreign Office's permanent secretary from 2002 until 2006, said making clear that Colonel Gaddafi would not avoid facing international justice undermined the military's campaign against his forces.

"It was inevitable and right that the government should intervene to try and stop Gaddafi killing tens of thousands of people in Benghazi but I think we should have been clear that was our objective," independent crossbencher Lord Jay told politics.co.uk.

"Where I think we may have gone wrong is in trying to be too prescriptive in what happened after that."

Although Nato forces have succeeded in preventing the renegade leader defeating ad hoc rebel troops, air strikes against Col Gaddafi's forces have only resulted in a stalemate taking place.

Meanwhile the UK has made clear that Col Gaddafi cannot continue in power. A joint letter to three newspapers written by prime minister David Cameron, French president Nicolas Sarkozy and US president Barack Obama stated: "It is impossible to imagine a future for Libya with Gaddafi in power… it is unthinkable that someone who has tried to massacre his own people can play a part in their future government."

Lord Jay said ministers could have stuck more closely to the terms of the UN security resolution authorising the intervention, by stating that "we're going in there to keep them apart".

"The realpolitik is do you want to make certain that the person you don't want there has every reason to stay?" he added. "There's a conflict of objectives there.

"If you make it a condition that he has to go and that he'll go to the criminal court if he doesn't, in a sense you're forcing him.

"He has nowhere to go. You're keeping him there. That's the question we have to ask ourselves – was that the right thing to do?"

Last month the international criminal court issued an arrest warrant against Col Gaddafi, his son Saif al-Islam and his head of intelligence and brother-inlaw, Abdullah al-Senussi.

"Those involved must take full responsibility for their actions, and must be held to account."

This is only the second time in the ICC's history that it has ordered an arrest warrant against a sitting head of state.

Sudan's president Omar al-Bashir was indicted in 2009 over atrocities in Darfur. He has not yet been arrested – and remains in power.