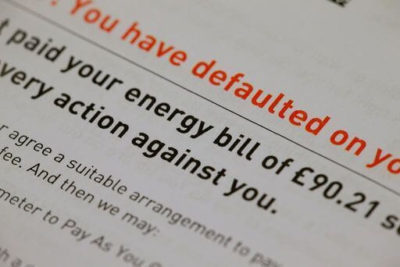 The government had previously refused to commit to the policy, but had not ruled it out.

He said via Twitter:” We are introducing a temporary, targeted Energy Profits Levy charged on profits of oil and gas companies at a rate of 25%.

“We’re also building in a new investment allowance that doubles the relief for the energy companies that invest their profits in the UK,” he went on.

One third of all UK households are now set to receive one or more payments.

It will be deposited directly into people’s bank accounts, and the chancellor claims it will aid one-third of households.

This will cost around £5 billion, which Sunak told MPs the new windfall tax will account for.

Sunak also said the new support package will be worth £9 billion.

Martin Lewis, founder of moneysavingexpert.com said: “The Loan-Not-Loan is thankfully now dead. It is now a grant coming off bills. And it is bigger. So now ALL energy bills will be reduced by a flat £400 this October. #CostOfLivingCrisis GOOD MOVE.”

Earlier today, Labour’s shadow chancellor Rachel Reeves, who has been urging for a windfall tax for months, slammed Sunak for “dragging his feet” over the policy, writing via Twitter: “Good it seems the Chancellor is finally being dragged kicking & screaming to a U turn, and four months late adopting Labour’s call for a windfall tax on oil & gas producer profits.

“Why has it taken so long?

“Why have families had to struggle and worry while he dragged his feet?”