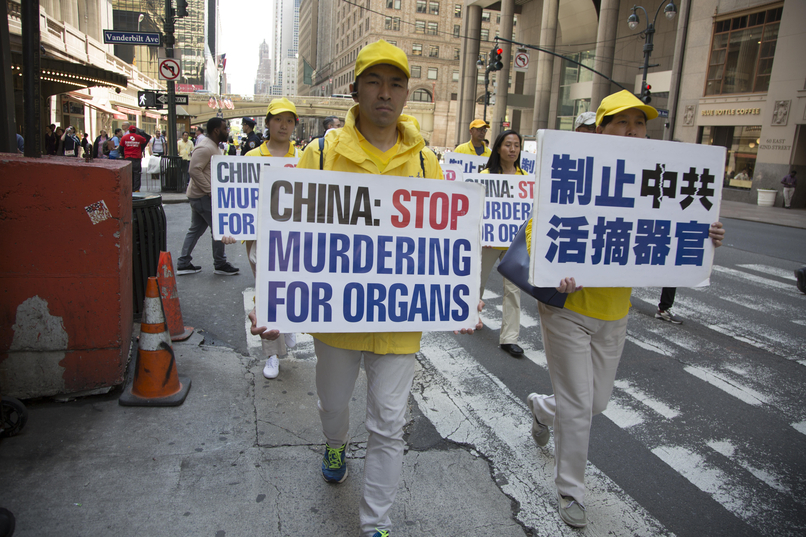 A world-first Legal Advisory Report and Policy Guidance published today advises medical institutions and professionals practicing in transplantation medicine on their international legal responsibilities to prevent complicity in organ trafficking and forced organ harvesting – the act of killing a person for their organs.

In the UK it remains legal to travel internationally to receive organ transplants, including in countries where harvesting is known to be rife.

The Legal Advisory Report, published by international human rights law firm, Global Rights Compliance, entitled, “Do No Harm: Mitigating Human Rights Risks When Interacting with International Medical Professionals and Institutions in Transplantation Medicine,” outlines the legal risks of collaborating with transplantation professionals in countries where it is reported that high levels of organ trafficking and unethical organ transplantation are taking place, such as in India, Pakistan, Sri Lanka, Lebanon and Egypt. It also spotlights China as a worst-case scenario where a state-backed organ harvesting programme is estimated to have a market value of $1 billion per annum.

The Advisory assesses a wide range of evidence, including the China Tribunal Judgment which found in March 2020 that China’s state-sanctioned regime of forced organ harvesting amounted to crimes against humanity, and a joint correspondence recently issued to the Chinese government by 12 UN Special Rapporteurs and human rights experts in late 2021, who reviewed credible information that forced organ harvesting “targets a number of ethnic religious or linguistic minorities, such as Falun Gong practitioners, Uyghurs, Tibetans, Muslims and Christians held in detention in different locations.”

Pressure has been mounting on the international community to investigate the role of transplantation professionals in China and other high-risk countries since the China Tribunal exposed the elaborate state-sponsored programme where prisoners of conscience are incarcerated and killed to sustain a state-backed organ trade. It is suspected that a considerable number of medical institutions, medical practitioners and academics worldwide are still actively collaborating with China in transplant medicine, research and training, or considering future collaborations.

In the Advisory, Global Rights Compliance urges the medical community to “immediately consider the legal ramifications of medical relationships with medical institutions and professionals who may engage in unethical organ transplantation, organ trafficking or forced organ harvesting.”

The Advisory states that “entering and/or maintaining relationships with Chinese institutions entails the highest risk of complicity in international crimes.”

Wayne Jordash QC, Managing Partner, Global Rights Compliance said: “Unfortunately the transplantation community can be complicit in unethical organ transplantation practices, often unknowingly. Our Legal Advisory Report and Policy Guidance is aimed at helping the industry avoid involvement in forced organ harvesting and related violations. The medical community must join in the global effort to stamp out all types of unethical organ sourcing. Together, this trade in human misery must be stopped.”

The Legal Advisory Report highlights the business and human rights responsibilities of all medical institutions and professionals to respect human rights, ensuring their work is governed by clear due diligence policies in the field of organ transplantation. The Advisory addresses a wide range of stakeholders including universities, medical school, hospitals, independent professional bodies, transplantation societies, focusing on a number of medical collaborations including clinical training, clinical research, grants and funding and the provision of medical equipment and drugs.

The responsibilities highlighted in the Advisory include identifying and assessing which activities and relationships may entail a risk of causing, contributing or being linked to organ trafficking or forced organ harvesting.

The report also suggest severing ties with countries where prevention, mitigation and remediation is not possible.

Dr. Julian Sheather, Special Advisor in Ethics and Human Rights, British Medical Association said: “Medical establishments including hospitals, research facilities, professional societies, funding bodies, companies and journals have an international responsibility to respect everyone’s human rights and must work to identify and resolve any harm they may cause or contribute to through their practice or be linked to through professional partnerships.”