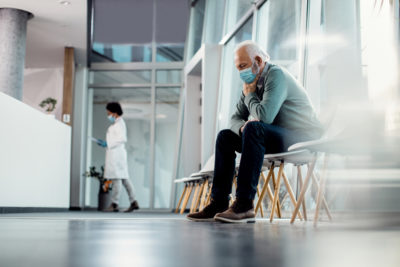 One in four waiting over a week for a GP appointment

6.2 million people waited over eight days for a GP appointment in February, Liberal Democrat research has revealed. This is up 9 per cent from the previous month, when 5.7 million waited for eight days or more to see their GP.

The analysis of the latest NHS figures shows that one in four (24.4 per cent) people waited over eight days in February before being able to see their family doctor. Of these, 550,000 people (2 per cent) were left waiting a month or more for a GP appointment.

The figures also reveal a postcode lottery, with almost one in three people in some areas waiting eight days or more to see their GP. The five worst areas with the highest proportion of people waiting over eight days were Gloucestershire (31.5 per cent), Dorset (31.2 per cent), Sheffield (31.1 per cent), East Riding of Yorkshire (31 per cent) and Stafford (30.8 per cent).

Meanwhile the number of same day appointments in February fell by over half a million compared to January. Fewer than one in two (45 per cent) people were able to see their GP on the same day in February, down from 47 per cent the previous month.

The Liberal Democrats said the figures revealed the impact that years of Conservative neglect and broken promises have had on GP services.

The Conservative manifesto pledged to recruit 6,000 more GPs by 2025.

The Liberal Democrats are calling on health secretary Sajid Javid to publish a strategy to tackle GP shortages and meet the government’s own recruitment targets.

Liberal Democrat health and social care spokesperson, Daisy Cooper MP, said: “The Conservatives have broken their promise to recruit more GPs, leaving millions of people struggling to get an appointment when they need one. Desperate people are turning up at A&E instead, piling pressure on the NHS at a time it can least afford it.

“Local health services are suffering after years of neglect under this government which has driven them into the ground.

“The local elections in May are a chance to send Boris Johnson a message that people are fed up of broken promises and being taken for granted. Every vote for the Liberal Democrats will help elect local champions who listen to their communities and stand up for our health services.

“We are calling for a proper plan to recruit the GPs the country desperately needs and prevent so many doctors leaving or retiring early.”

A Department of Health and Social Care spokesperson said:  “We are working with the NHS to improve access to GPs, tackle the Covid backlog, and grow the general practice workforce to ensure everyone receives the care they need.

“There were over 1,600 more doctors working in general practice in December 2021 compared to 2019, a record-breaking number started training as GPs last year, and we’ve invested £1.5 billion until 2025 to create an extra 50 million appointments per year.

“We also made £520 million available to improve access and expand general practice capacity during the pandemic.”