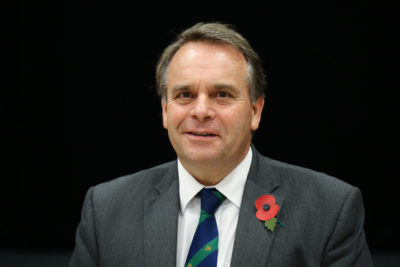 An MP who stood down from his seat after admitting to watching pornography on his mobile in the House of Commons has said he could stand as an independent candidate in his former seat’s forthcoming by-election.

Neil Parish, who formally resigned as an MP last week, told the Telegraph newspaper’s Chopper’s Politics podcast that he had been pledged the adequate financial backing to stand for election.

Found in the south east corner of Devon, the Conservatives won the seat at the last election with a majority of over 24,000. However on the back of their 2021 by-election successes in previously ultra safe North Shropshire and Chesham and Amersham, the Liberal Democrats will fancy their chances in the impending contest.

Tiverton and Honiton includes the towns of Tiverton, Axminster, Seaton, Honiton, and Cullomtpon.

The farmland in this seat is criss- crossed with rivers and includes part of the Blackdown Hills. It is an economically active area where unemployment is half that of the national average.

Parish’s suggestion he could run threatens to split the vote of those who voted Conservative in 2019, and could lead a Liberal Democrat victory.