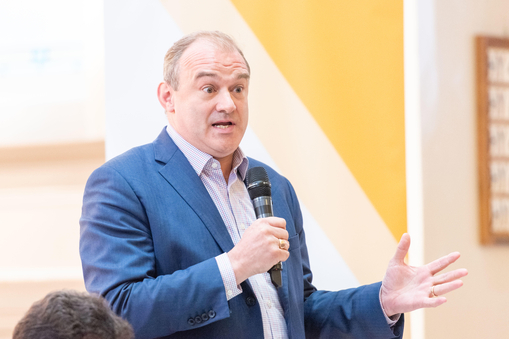 The Liberal Democrats will today table a motion in Parliament to force the government to release the minutes of Boris Johnson’s meeting with Sue Gray.

This morning Treasury minister Simon Clarke MP rejected speculation that the prime minister may have called a meeting with Sue Gray to “pressure” her over her “partygate” investigation.

The chief secretary to the Treasury told Sky News that Gray herself “instigated” the talks.

“I do not believe that this meeting was anything other than a discussion of the technicalities of the process,” he went on.

Liberal Democrat Chief Whip Wendy Chamberlain will lay a Humble Address motion in Parliament, calling on the government to publish the details of the meeting, including who was responsible for arranging it.

The motion will also call for the publication of all contact between Johnson and Gray during the course of the inquiry into breaches of coronavirus regulations in Downing Street.

This step comes following speculation over the origin and contents of the meeting between Boris Johnson and Sue Gray.

Liberal Democrat chief whip Wendy Chamberlain MP commented: “The public would be rightly angry if it turns out Boris Johnson put pressure on Sue Gray to water down her report into illegal Downing Street parties. A lack of transparency at this pivotal moment risks undermining the entire inquiry.

“Johnson repeatedly stood up in Parliament and said this report would be completely independent, and would provide answers about the rule-breaking parties in Number 10.

“We deserve to know whether this meeting really was an attempt to turn the report into a Downing Street stitch-up.

“If the government refuses to release the minutes of this meeting, then Liberal Democrats will use powers in Parliament to force them to.”