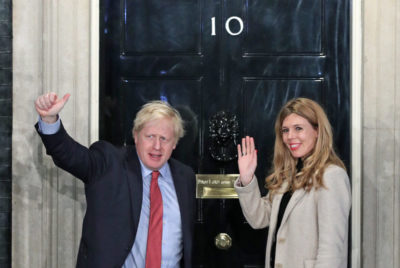 New emails have revealed that the prime minister did personally intervene in the evacuation of Pen Farthing’s staff and animals from Afghanistan last summer, despite his claims to the contrary.

The evidence includes copies of internal emails between Foreign, Commonwealth & Development Office (FCDO) staff relating to responsibility for decisions taken on evacuations, including the involvement of the prime minister.

An email from 25 August 2021 addressed from one FCDO official to a colleague reads: “the PM has just authorised their staff and animals to be evacuated”.

No 10 has repeatedly sought to deny such claims, with an official spokesperson saying back in August that the “claim is untrue. This was an operational decision. Neither the PM nor Mrs Johnson were involved.”

Dominic Dyer, a campaigner for the Nowzad charity founded by Farthing, has insisted that Carrie Johnson encouraged her husband to speak with defence secretary Ben Wallace in the lead up to the authorisation of Farthing’s evacuation from Afghanistan.

In December it came to light that Boris Johnson’s former permanent private secretary was involved in the evacuation of Pen Farthing’s staff and animals from Afghanistan, despite the claims being denied by 10 Downing Street the same day (7 December).