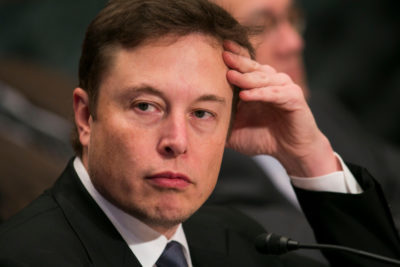 Elon Musk has been invited to appear before the Department for Digital, Culture, Media and Sport (DCMS) select committee to discuss his proposed acquisition of Twitter.

DCMS committee chair Julian Knight MP said: “At a time when social media companies face the prospect of tighter regulations around the world, we’re keen to learn more about how Mr Musk will balance his clear commitment to free speech with new obligations to protect Twitter’s users from online harms. Appearing before the committee will give Mr Musk an ideal opportunity to set out his proposals for Twitter in more depth and we would look forward to welcoming him.”

The committee scrutinises the spending, policies and administration of the government Department for Digital, Culture, Media and Sport. They are not a government committee but a select committee of the House of Commons with a key role in holding ministers to account.

The Tesla chief executive, who is currently the richest man in the world, wrote in a statement: “Free speech is the bedrock of a functioning democracy, and Twitter is the digital town square where matters vital to the future of humanity are debated”.

He went on: “I also want to make Twitter better than ever by enhancing the product with new features, making the algorithms open source to increase trust defeating the spare bots, and authenticating all humans. Twitter has tremendous potential – I look forward to working with the company and the community of users to unlock it.”

Twitter founder Jack Dorsey has weighed in on the purchase, saying via the platform “I love Twitter. Twitter is the closest thing we have to a global consciousness.

“In principle, I don’t believe anyone should own or run Twitter. It wants to be a public good at a protocol level, not a company. Solving for the problem of it being a company however, Elon is the singular solution I trust. I trust his mission to extend the light of consciousness.

“I’m so happy Twitter will continue to serve the public conversation. Around the world, and into the stars!”

Amazon boss Jeff Bezos has prompted discussion over whether Musk’s Tesla firm, of which China’s Tencent Holdings has a $1.78 billion stake, could increase Beijing’s influence over the platform, which is itself banned in China.

However he suggested this would “..probably not”, be the case, adding: “The more likely outcome in this regard is complexity in China for Tesla, rather than censorship at Twitter.”