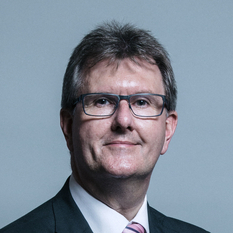 While there has been some appreciation of the difficulties caused by the Protocol that the EU has seen fit to impose upon Northern Ireland as part of Brexit, the extent of the difficulties has been, and continues to be, massively under-estimated. One clear example of this tendency is provided by the Sub Committee on the Protocol of the Lords European Affairs Committee. While it is encouraging that the Committee has acknowledged the existence of a democratic problem related to the Protocol that is worthy of consideration, the way in which the Committee has characterised the difficulty as a “democratic deficit” is deeply problematic.

When discussing EU-related challenges, the term “democratic deficit” has a well-established meaning that relates to a difficulty of a wholly different order to that impacting Northern Ireland as a result of the Protocol. It pertains to member states and their electorates (not jurisdictions like the UK, and therein Northern Ireland, that are not part of the EU) and arises from the fact that a large number of EU decisions are made at a supranational level in respect of which it is difficult for national parliaments to secure accountability and yet in relation to which the powers of the European Parliament are either too weak or too inaccessible to voters who instinctively seek accountability on the more immediate national rather than distant supranational basis.

Crucially, however, whilst the democratic deficit is frustrating, it by no means leaves the peoples of the EU without democratic rights. There is a European Parliament representing the people of the EU in and through which they can and do, to some degree, seek to call European governance to account and people can, of course, seek to hold the EU to account through their national governments, which are fully represented in the EU institutions.

By contrast the nature and extent of the democratic problems resulting from the EU Protocol on Northern Ireland are of a wholly different order. Instead of presenting us with a challenge that weakens democratic accountability, creating a shortfall that needs to be made up, the Protocol completely removes representative democracy from Northern Ireland with respect to some 300 areas of law making. The two scenarios – democratic difficulties resulting from membership of the EU and democratic problems resulting from the NI Protocol – are thus like chalk and cheese. The latter requires an entirely different characterisation the former.

The best available framework for coming to terms with the consequences of the Protocol on Northern Ireland is the United Nations category: a “Non Self Governing Territory” (NSGT). The UN definition of an NSGT (a colony) is a jurisdiction any of whose laws or government are made/discharged on its behalf by an external power of which it is not a part and in which it has no representation. This describes the situation facing Northern Ireland today.

Some might object here, pointing out that while in some 300 areas laws are made for Northern Ireland by an external power of which it is not a part, and in relation to which it has no representation, that in all other respects Northern Ireland is self-governing, as part of the United Kingdom. Crucially, however, the UN definition does not require all aspects of government to be made by the external power in order for a jurisdiction to be classed as an NSGT. Indeed, if one looks at the small numbers of colonies that remain in the world today, they tend to have their own legislatures and governments and are deemed by the UN to be colonies because in certain areas they are still governed by an external power in which they are not represented.

This is all rather awkward for champions of the Protocol because the international community has made it very plain, through the UN, that it does not think people should live in states that are governed to any extent by external powers of which they are not a part and in which they have no representation. As a reflection of this, the UN has a standing Committee on Decolonisation (to promote decolonisation), has deemed this the Fourth International Decade for the Eradication of Colonialism (2021 – 2030) and sets aside each year a UN Week of Solidarity with the Peoples of Non-Self-Governing Territories, the 2022 expression of which runs from today 25 May until 31 May.

The Protocol, though, is not just unthinkable because it involves taking a jurisdiction that has enjoyed self-government for over two hundred years and forcing upon it NSGT status. It is also unthinkable because it directly contradicts the Good Friday Agreement which commits to upholding civil rights including “the right to pursue democratically national and political aspirations.”

Since the application of the Protocol, the people of Northern Ireland have been unable to pursue national or political objectives democratically, through the ballot box, as they relate to changes in some 300 areas of law because they can neither stand for elected office to become the elected legislator to make those laws, nor can they vote for a candidate to become an elected legislator making those laws. Given Northern Ireland’s history in which some people have sadly turned from the ballot box to violence, it is extraordinary that anyone should deem it appropriate to curtail the impact of our votes, removing some aspects of our lives beyond the reach of our democratic politics.

I welcome the fact that at long last the British government has said it is prepared to do something about the Protocol. At minimum, these changes must end the practice of laws being made for Northern Ireland by a government and legislature of which it is not a part and in which it has no representation. To depart from this would deal a fatal blow to the Good Friday Agreement.