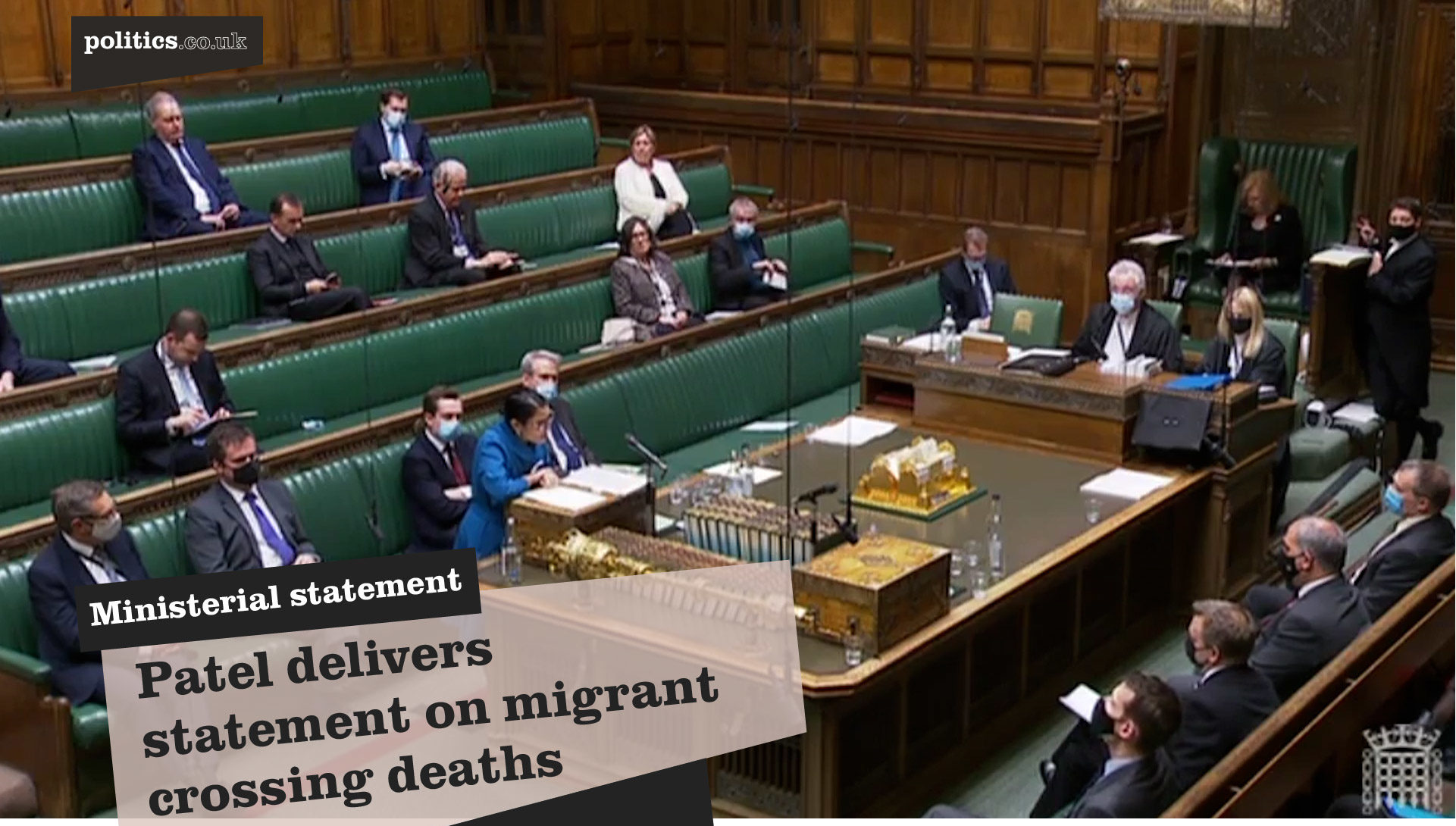 Following the deaths of over 20 migrants crossing the channel yesterday, home secretary Priti Patel told the Commons that “yesterday was a moment that many of us had feared for many years.”

Patel reiterated her belief that harsher border control was needed, saying: “More than 20,000 have been stopped this year… We have dismantled 17 organised criminal groups and secured over 400 arrests and 65 convictions.

“But this crisis continues, clearly demonstrating we need to do more together.”

Shadow home secretary Nick Thomas-Symonds pointed out the failures of the government’s asylum seeker settlement schemes, saying: “Only 1,171 people [have] been helped to the end of September, when the promise from the Home Office was to help 5,000 people in its first year.

“What will be done to make good on that promise? What urgent action will be taken to help those most in need?”